Bollywood actor Salman Khan appeals against the court order that states he cannot leave India without seeking official permission from the high court.

Every time Salman Khan wants to leave the country, he has to inform the high court.

Since this, Salman has adhered to the new rule and informed the court every time he wants to leave the country.

However, the Hum Saath Saath Hain actor has requested to be exempted from this order, but his appeal was rejected on the 4th, August 2018.

The actor explained to the high court that he will need to travel to the UK regularly this year and in 2019 in order to film his upcoming release, Bharat.

Salman Khan got into trouble with the law whilst filming Hum Saath Saath Hain in 1998.

On Thursday 5th, April 2018 the Tiger Zinda Hain star was sentenced 5 years in jail after killing the two endangered animals 20 years ago.

After completing two days of his five year sentence, Khan walked out of the Jodhpur Central jail on 7th, April 2018.

Judge Ravindra Kumar Joshi accepted his appeal for bail on the condition that he can not leave the country without seeking official permission from the court.

Subsequently, the actor tried to appeal the new court hearing and his council Mahesh Bora applied for relief.

Although Public prosecutor PR Bishnoi rejected this application for foreign travel, he said that accepting the appeal would imply that the charges have been dropped. 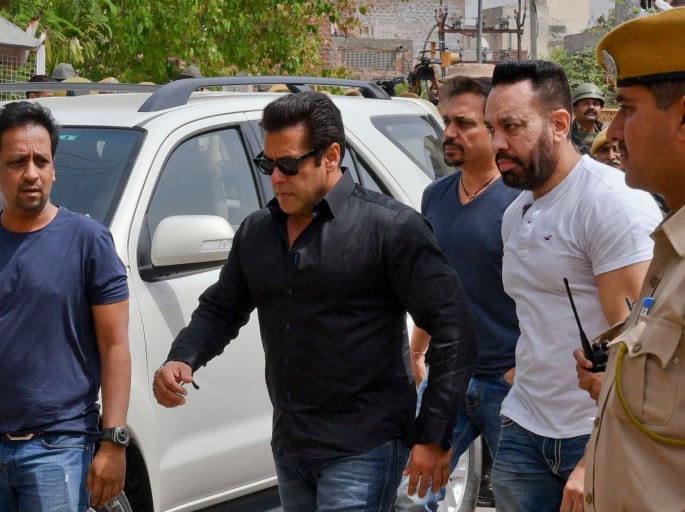 However, the biggest factor, in this case, is that the Bishnoi community considers the blackbuck to be the reincarnation of one of their religious Gurus called Guru Bhagwan Jambeshwar.

The community worships the endangered species and considers the animal to be holy.

This case has received so much legal attention because blackbucks are protected under the Wildlife Protection Act.

The Bishnoi community has been fighting for legal justice over this case for two decades, but Salman Khan has managed to maintain legal limbo after initially pleading not guilty.

Bollywood big-dog Salman Khan’s lawyers argued that Khan was carrying an air gun which is not tailored for hunting a blackbuck.

Furthermore, Hum Saath Saath Hain was a popular film and had a multi-star cast.

According to Deccan Chronicle, Salman Khan’s co-stars in the film, Saif Ali Khan, Tabu and Sonali Bendre Behl didn’t have to face the same charges.

In an interview with NDTV in 2009, Khan admitted that he did not shoot the blackbuck and revealed that he was actually feeding the endangered species biscuits.

Although, many eye-witnesses have surfaced, challenging his 2009 statement.

Despite this, Salman Khan is one of the most recognisable actors in India.

Forbes ranked him in 71st place on their world’s highest paid celebrities in 2017.

He was also placed in the ninth place for the highest paid actor.

As to whether Salman Khan gets his way around the Indian legal process again using any loopholes that may exist, now remains to be seen.

Is Sidharth Malhotra dating Kiara Advani after Alia Bhatt?
10 Bollywood Films Not to Watch with the Family