Sachin Tendulkar is a name, which requires no introduction. He is a man who has inspired millions of people around the world, both on and off the pitch. Through his innocence, smile and love he has made an impact, which is ever lasting.

He is arguably one of the best cricketers the game has seen and resides in every cricket fan’s heart.

But time takes toll on every individual and even Tendulkar is no exception. Though he defied all logic of ageing up to a great extent, the little master announced his retirement from the Indian Premier League [IPL] after his team; Mumbai Indians clinched the 2013 title.

“I think it is the right time to stop playing the Indian Premier League. I am 40. Got to accept that. I had decided this would be my last season,” said the veteran cricketer.

Immediately after those words came out of his mouth, fans addressed their grief on Facebook and Twitter. “I heartily request you Sachin that I want to see u in IPL 7. Hope you will play for us again,” said a Mumbai Indians admirer. 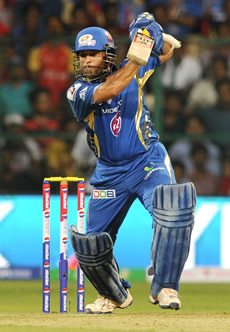 Tendulkar has a fabulous record in IPL. Having played 78 matches in total, he has accumulated 2334 runs at an outstanding average of 34.83 with a strike rate of 119.81. He has scored one century and thirteen fifties during his IPL career. His highest score in IPL is 100 not out against Kochi Tuskers Kerala in 2011.

The best IPL season for Tendulkar came in 2010 when he captained Mumbai Indians to the final. In that season, he scored 618 runs in 15 matches and was also adjudged the tournament’s leading batsman.

Though Mumbai Indians won the 2013 IPL title, Tendulkar missed out on the final due to a hand injury he picked up against  Sunrisers Hyderabad during the league stage of the tournament. Injury forced the ‘Asian Bradman’ to sit out of the remaining IPL matches.

Interestingly, the last ball that Sachin played in an IPL match was smashed for a six over ‘long on’ to the Sachin Tendulkar stand, an area of the ground named in his honour. 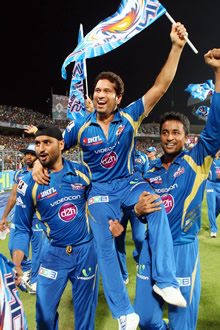 When asked by legendary Indian opener Sunil Gavaskar if he was willing to appear in the first match of the next IPL season, Tendulkar replied he was satisfied with his decision. “I think this is the best point to say ‘thank you very much’ to all the fans and well-wishers,” he added.

Many felt that it was the right moment for Sachin to retire from the IPL, as he was leaving on a winning note. Tendulkar retired from ODIs in December 2012 in a manner that a player of his class doesn’t deserve. After a poor run in the ODIs, his retirement was a pretty cold one.

But his IPL retirement came at a time when his team lifted their maiden IPL trophy. There could not have been a better time than this.

Sachin received overwhelming crowd support throughout the IPL. The fact that the crowd enchanted his name even in the away games proves that Tendulkar is a national hero and his legacy knows no boundaries.

“I have waited for this for the last six years and six years is indeed a long time. But it’s never too late. This has proved to be an outstanding season for our team. The goal for this season was to clinch the trophy and I am happy that we have been able to do it.” 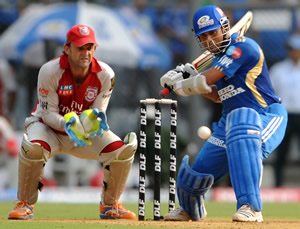 Sachin is truly the master of cricket. Tendulkar’s batting is based on the most basic principles: anticipation, perfect balance, accuracy in stroke making and a quality possessed only by a genius.

He made his Test debut at the tender age of 16 and a year later he scored his first century at Old Trafford, which was a match saving one. Since then he has never looked back. He currently holds the record of maximum matches played, including most hundreds in both ODI and Test Cricket. He is also the first cricketer to score a double hundred in an ODI innings.

Given his long span of play and his awesome cricket career, it is believed that many of his records will have his name forever. Not only is Tendulkar a great cricketer, he is also a very humble human being.

Although Sachin has retired from ODIs and IPL, he will continue to play in domestic cricket as well as International Test Cricket.

Amit is an engineer with a unique passion for writing. His life motto goes as “Success is not final and failure is not fatal. It is the courage to continue that counts.”
Mumbai Indians win IPL 2013 Final
ICC Champions Trophy 2013