The ICC Champions Trophy takes place in England and Wales between 6 and 23 June 2013. The tournament features the top eight-ranked sides in the world.

Cricket fans will witness the seventh and final edition of the ICC Champions Trophy. The best eight teams in the world will be fighting it out in England and Wales between 6 and 23 June 2013. It’s a real sharp and short tournament often known as the ‘Mini World Cup.’ 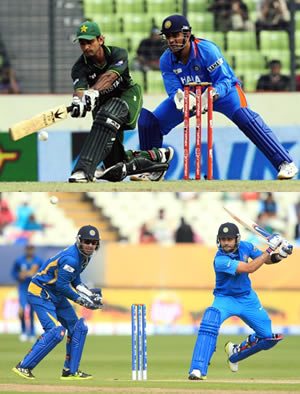 The format of the tournament begins with a round robin stage, before moving onto the knockouts. The eight teams competing against each other are divided into two groups of four. Each team will play a minimum of three matches, including one game against each team in their group.

In Group A, the matches involve Australia, England, New Zealand and Sri Lanka. In Group B, the teams competing are India, Pakistan, South Africa and West Indies.

All the teams have played a couple of warm up matches against each other. These matches have given the players a chance to acclimatise with the conditions.

The one player, which has clearly stood out during these matches is India’s Dinesh Karthik. He scored back-to-back centuries against Sri Lanka and Australia, completing two fine victories for Team India.

India and South Africa are strong contenders to win the Champions Trophy. New Zealand is an outside bet and are looking good at the moment. Former English wicketkeeper, Paul Nixon favours the Pakistan team. He said:

“If Pakistan bring their A game they can win it. For me Pakistan are favourites to lift the Champions Trophy.”

West Indies also has a chance, but Chris Gayle feels they are in a difficult group: “It’s going to be huge, it’s going to be a tough task with the zone we are actually in. All the teams are capable of beating any particular team on the day. We look forward to the challenge and hopefully we can progress from here,” he added.

Lets preview the eight teams selected for this tournament:

Shane Watson is in fantastic form, scoring 135 against the West Indies in their warm up match. He will be their key player during the tournament.  The Australians have brought together a young squad, with the likes of Nathan Coulter-Nile and Mitchell Marsh coming into the side. Captain Michael Clarke is leading from the front with a lot of experience in One Day cricket.

Ravi Bopara who makes a return to the team is a key player for them. With his batting and useful medium pace bowling he can give a tough time to the opposition. England has a very strong bowling line up in their squad, ranking amongst the best in the world.

Virat Kohli will be an important player for the men in blue. He has played in over 90 games, scoring 4000 runs at a batting average in excess of 45. Skipper MS Dhoni can also work his magic on the cricket pitch. India has a young and powerful batting line up – watch out for Shikhar Dhawan!

The key player for the black caps is Martin Guptill, who scored a fine knock of 189* against England in the recent ODI series. He is a hard man to stop and will be leading with the bat. Brendon McCullum, Ross Taylor and Tim Southee will be huge assets for the kiwis.

Nasir Jamshed is a young exciting opener for the men in green. He’s made 1000 runs from 29 One Day Internationals, with a healthy batting average in the 40’s. Saeed Ajmal is an incredible bowler for the Pakistan team. Other players to look out for include Shoaib Malik, Junaid Khan, Mohammed Irfan and Wahab Riaz.

Hashim Amla is an extraordinary player for ‘The Springboks.’ Playing in 68 matches, he has scored over 3,400 runs at an incredible average of 56.60. He is a force to be reckoned with for South Africa. There is plenty of talent in the side, including captain AB de Villiers, JP Duminy and Dale Steyn.

Kumar Sangakkara is the man, which will lead the way for the ‘The Lions.’ He has scored over 10,000 runs, with a highest score of 138* in One day cricket. Sri Lanka will be relying on their experienced trio of Tilakaratne Dilshan, Mahela Jayewardene and Lasith Malinga.

Chris Gayle is without a doubt the star player for ‘The Windies.’ He has scored over 8,000 runs, with a career best of 153*.

His record in ODI cricket is quite impressive, especially with his explosive batting style. Dwayne Bravo, Kieron Pollard and Kemar Roach are big players for the team. 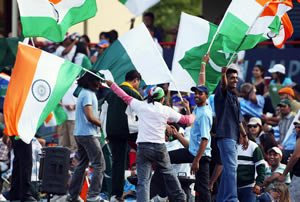 One of the matches of the tournament has to be the game between Pakistan and India on 15 June 2013 at Edgbaston.

The game already a sell out is expected to be another close encounter between the two great cricketing nations. “India-Pakistan is always special, especially in England,” said Pakistan captain Misbah-ul-Haq.

Over the next eighteen days matches will be played at three venues, including Edgbaston [Birmingham], Oval [London] and the Cardiff Wales Stadium. The action begins on 06 June as India takes on South Africa at Cardiff. Edgbaston will host the tournament final on 23 June 2013. The Champions Trophy is here in England – Let the action begin!

Faisal has creative experience in the fusion of media and communication and research which increase awareness of global issues in post-conflict, emerging and democratic societies. His life motto is: "persevere, for success is near..."
Sachin Tendulkar says Good Bye to IPL
Boxing star Amir Khan weds Faryal Makhdoom