Romance in the Internet Age

With almost everyone having access to the Internet and technology on a daily basis, how much have they affected our relationships and romance life? DESIblitz explores.

Adults spend approximately up to 7 hours a day interacting with technology.

Albert Einstein once said: “I fear the day that technology will surpass our human interaction. The world will have a generation of idiots.” A bold statement to make, but perhaps he was really on to something.

Today if you walk into a bar or a restaurant and see a couple, more than 50 per cent of the time one or both are not communicating.

Instead you will see them twiddling their thumbs away on their phones or bashing their fingers against a tablet, oblivious to the person in front of them. 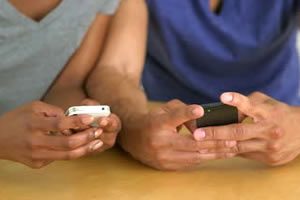 Whether it’s keeping the romance alive or beginning a new romance, the rise of technology has had a huge impact on relationships today.

Raj from Bradford says: “The Internet is a great way to stalk your love interest, but that’s not always a good thing, often it leads to people hurting each other and broken hearts.”

Nisha from Bolton believes that the Internet has murdered romance: “The Internet is somewhat to blame, I mean people have stopped going out and looking for romance, instead they’re taking selfies of their privates and using that to chat people up. That’s just not romantic, it’s quite creepy in fact!”

Some of the shyest people can suddenly build up a ton of courage when sitting at a computer screen. But hiding behind a virtual screen can be bad; an intriguing fictional documentary was created by Henry Joost and Ariel Schulman called Catfish (2010).

The premise of Catfish is a man who meets and falls in love with a girl on Facebook and when he eventually goes to visit her, finds out that she is not really who she says she is. 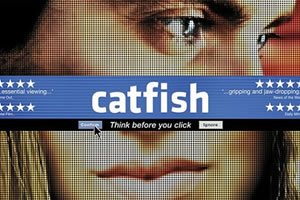 What the documentary unearthed was how easy it was for a person to fake their own identity online and pose as someone else. Creating false identities is a rapidly growing problem in the virtual world and it can make romance hard.

Or, if they are who they say they are, they are known as the infamous trigger happy people, who as Nisha puts it, say all the creepiest things, and just do not know how to be romantic.

These people spam the inboxes of people anywhere and everywhere with half-gibberish chat up lines and love poems in the hope of getting a positive response. Which is worse? It’s probably difficult to come to a conclusion on that one.

On the other hand however, technology could be useful for love: you could just be finding it difficult meeting someone so you join an internet dating site, or Facebook that helps you pluck up the courage to ask someone out on a date.

This is when technology works to an advantage, and helps (if you go about it the right way) build up romance.

The underlying question however is whether this can actually be a good thing? By losing that ever so important human interaction face to face, does it really make us a ‘generation of idiots’ as Einstein so bluntly put it? 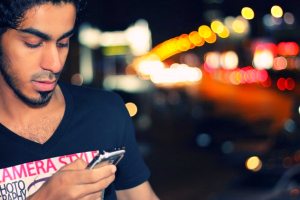 Are we becoming a tech-savvy generation who have lost the innate ability to communicate face to face, and who have slowly but surely lost confidence in our romantic endeavours?

“Things like WhatsApp and the ‘last seen’ feature exacerbate insecurities, it allows people to pry and become paranoid, it doesn’t necessary kill the romance but rather this form of technology can kill a relationship,” says Ameerah from Birmingham.

“It really depends on how you use technology but I personally think it can also be a great way to help you gain ideas of romantic things to do and keep in contact with a loved one,” she adds.

Research by Dr James Roberts, of Baylor’s Hankamer School of Business, in Texas, found that adults spend approximately up to 7 hours a day interacting with technology.

Dr Roberts stated that mobile phones are huge part of consumer culture: “They are not just a consumer tool, but are used as a status symbol. They’re also eroding our personal relationships.”

Japan is a classic example, with their shrinking population due to the use of technology which compensates for romance, meaning less and less people seek real tactile meaningful relationships and instead opt for virtual realities which don’t require commitment.

Internet Addiction Disorder (IAD) was initially proposed by Ivan Goldberg in 1995 as a satirical hoax, but is now genuinely considered an issue.

Things such as excessive and overwhelming use of online social networking, watching pornography and emailing are commonly associated with IAD. The use of technology in this form can be very detrimental to relationships and romance in that people have become attached to virtual realities.

Romance is dead when people are no longer seeking sexual pleasure from a physical partner but are instead turning to internet pornography. 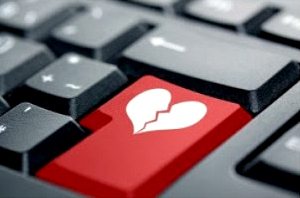 Online dating is becoming highly popular among the British Asian community, with many internet dating sites focusing on Asians finding love such as AsianSingleSolution.com and Shaadi.com.

Social media is used as a form of ‘chatting up’ a potential partner instead of having the confidence to approach them face to face and communicate with them.

This doesn’t necessarily mean online dating and social media are ruining romance. However, the rise in popularity raises the question as to whether people are losing their confidence and neglecting romance.

But we cannot deny that the Internet does have its benefits. How do you be romantic in the Internet age? Easy, Google it!

The internet can be a great way to shop for gifts, order flowers, send e-cards, organise and plan last minute trips and surprises for your loved one and staying in contact through Skype. But these ideas should merely be there to guide you on being romantic face to face.

Romance may not be dead but technology puts us in danger of neglecting it, the idea is to not to let it be the forefront of your romance, and not to let technology overtake or control your relationships.

Wanderlust at heart, Fatimah is passionate about everything creative. She enjoys reading, writing and a good cup of tea. Her life motto is: “A day without laughter is a day wasted,” by Charlie Chaplin.
Are Sugars more Harmful than Fats?
Reviving Vintage Make-up