Are Sugars more Harmful than Fats?

There has been a lot of attention regarding the sugars vs. fats debate; which is worse for your body? DESIblitz breaks down the myths.

"The media commonly advertise a low fat diet as a controlled way of losing weight."

There is no doubt that the UK is getting fatter and it seems to be down to our preference of consuming a high amount of sugary foods and drinks.

Sugar contains about 4 calories per gram, whereas fat contains 9 calories per gram. High fat products have been marketed to be bad for our health, but fats are actually important for effective weight loss as they slow down the body’s response for insulin.

Insulin is a hormone that reduces blood sugar level in the body and the amount that is released is dependent on the amount of sugar we have consumed. 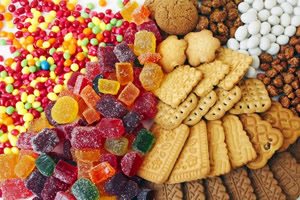 We can become less sensitive to insulin if our diet lacks fat, as it is needed to build the outer lipid layer of every cell in the body.

When this layer begins to diminish, it is much easier for the body to become fatter.

Fatty foods also contain important nutrients e.g. iron and calcium and carry fat-soluble vitamins like A, D, and E around the body, which are necessary for optimum health.

The media commonly advertise a low fat diet as a controlled way of losing weight but Kevin Walker, Fitness Industry expert states this this could not be further from the truth.

Walker endorses a high fat, high protein diet, explaining: “Most low fat foods are laden with sugars and this creates a build-up of resistance over time to insulin response.” Adding fats to your food slows the absorption of food so you feel fuller for longer.

Identifying foods that are high in sugar is tricky in today’s modern society due to misleading food packaging that make you believe their product is a healthy option.

A carbohydrate is a form of sugar but if you opt for complex carbohydrates that have a low Glycemic Index then you will not experience the sugar rush and then sugar crash that most sugary products tend to do.

A Glycemic Index is the rate at which certain carbohydrates are released into the bloodstream.

A high ‘GI’ food will prompt insulin to take the high amount of glucose in the bloodstream and deplete it whilst bringing blood sugar levels way down, leading to increased hunger.

The following foods are low in the Glycemic Index so are recommended to be eaten frequently in order to avoid spikes in insulin:

The following bad foods are called ‘high glycemic carbohydrates’ as they are quickly absorbed into the bloodstream and have a high insulin response.

They are commonly used in low fat diets but they only produce a short burst of energy and limit the amount of fat burnt during a workout.

Healthy fats are important for overall health and the following should be avoided or eaten in moderation:

A study funded by the National Institutes of Health found that the people who consumed a milkshake high in sugar, low in fat lit up the brain reward system more effectively than people who drank a milkshake that was high in fat, low in sugar.

Eric Stice, the lead author of the study, claimed that the study showed:

“The more sugar you eat, the more you want to consume it. Sugar seems to do a better job than fat at driving compulsive intake.”

The study also showed that this was a long term problem as hours after the blood sugar level has dropped, brain activity will induce cravings for typically sweet foods that the brain knows can restore blood sugar levels quickly.

It seems that sugars have a lot to answer for when it comes to the nation’s obesity epidemic.  Our fondness for heavily processed food has unleashed a continual desire for sugary food as sugar is a stronger stimulus than fat.

However by eating low GI and good fat foods we can then break the addiction cycle and lead a healthy life.

Clare is a History Graduate who writes about important current issues. She enjoys learning about being healthy, playing the piano and reading as knowledge definitely is power. Her motto is 'Treat every second in your life as holy.'
Meera Syal supports Breast Cancer campaign
Romance in the Internet Age