The Rise of Asian Underground Music

Asian Underground Music has seen rise to some influential bands and artists which have gained global recognition for their distinct sound and ideology. DESIblitz explores how it began and developed in Britain.

Asian underground music bred many talented and successful musicians during the 1990's.

As a manifesto of the British Asian, Asian underground music broke into the mainstream UK scene during the 1990’s; fans and listeners were taken by the way the sound merged together a mix of South Asian genres and Western breakbeats.

But before Asian Underground music scene made its mark, Bhangra music was a forerunner of ethnic sound during the 1980’s and had a huge South Asian following in Britain.

Originating from the Punjab, Bhangra music strongly reflected Punjabi culture from India and Pakistan and displaying traditional themes of the homeland that incorporated sounds of the dhol and tumbi with folk singing and Punjabi dancing. 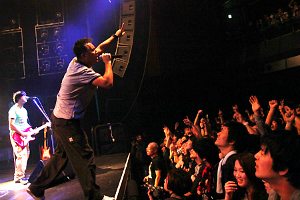 Before the 1980’s, Bhangra was not such a popular genre of music in Britain, however during the late 1960’s and 1970’s pioneers such as Ustad Kuldeep Manak, Amar Singh Chamkila, and A.S Kang were recognised among the second generation of South Asian’s living in Britain.

With such talent, this allowed the Bhangra scene to evolve and move across from Punjab and secret community venues, to being modernised and showcased amongst the cities and club scenes in the UK.

The term Bhangra is not only a term used for music but the phrase originates as far back as the 14th century, where wheat farmers expressed themselves through music to portray their village life.

Later on this ritual had taken another significance and became part of the annual harvest festival call ‘Baisakhi’, which is celebrated by the Sikh community on April 13.

So the significance of Bhangra, in terms of its dance and music, is a key factor of Asian underground music particularly the musical elements and influence. 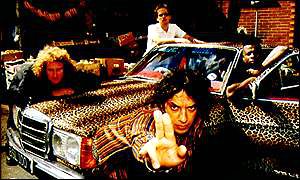 As Bhangra music became more popular during the 1980’s in Britain, it had produced successful home grown talent through artists and bands such as the Sahotas.

Although bands like the Sahotas plus many more artists continued to do successfully well on the Bhangra scene, the genre however could never breakthrough into the mainstream sector.

In response to this grew a genre which not only musically was distinct from Bhangra but it also attained mainstream and global recognition.

The Asian underground music scene began to rise through the 1990’s, and formed a large audience. The music caught the attention of second generation South Asian’s living in Britain and began to change the club scene, by musically setting a trend which led to famous club nights predominantly in London and the Midlands.

One band in particular is Black Star Liner which was formed in 1994. They fused sitar, tabla, dance and dub reggae. They received critical acclaim for their music; their album Yemen Cutta Connection was released in 1996 and later they released ‘Superfly and Bindi’ in 1998. 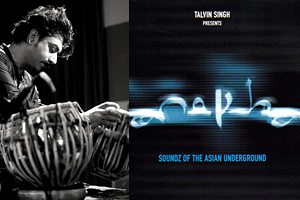 Asian underground music bred many talented and successful musicians during the 1990’s, which led to critically acclaimed accomplishment and recognition.

One of these musicians is Talvin Singh, born in London and a student of the great academic and musician Lachman Singh of Punjab.

Talvin Singh mastered the tabla in India with Lachman Singh and is a composer and producer, his music is a fusion between Indian classical music and Drum’n’Bass.

At the age of 18, Singh left to tour with renowned saxophonist Courtney Pine to Russia and Eastern Europe. It is estimated that around 25 pop albums of that era had melodic tabla rhythms, he also worked alongside growing artists such as Sun Ra and Massive Attack.

Singh has had a series of successes throughout his career through various forms of musical projects. In 1995 he founded the club night ‘Anokha’ in East London’s Blue Note. The night provided a platform for Drum’n’Bass DJ’s and South Asian punk bands to go head to head with Singh’s amped up sounds of tabla and percussion. 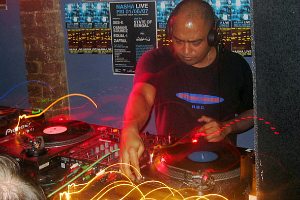 This led ‘Anokha’ to become a regular hot spot in London every Monday night. Through the success of this, Singh signed to Island Records and continued to produce and also created an Anokha compilation.

He then later released his debut album OK in 1998 which won the Mercury Music Prize.

Describes the impact of the music industry in an interview in 2010, Singh said: “[The] music business could put you through all different zones and places.”

Many other bands during this era were also doing well and making their mark on the Asian underground map. Groups and DJ’s such as the Asian Dub Foundation, Cornershop, Fun-Da-Mental, Nitin Sawhney and State of Bengal plus many others had also become visible and highly publicised.

Not only were groups and DJ’s in this genre musically making a difference to Western music culture, but they also went further and politically expressed topics and issues through music.

Groups such as the Asian Dub Foundation released a song in 1998 called ‘Free Satpal Ram’. Ram was an Asian man from Birmingham who was jailed since 1987 for killing a non-Asian, white man in self-defence. After years of campaigning Ram was finally released in 2002.

The group took their music all around the world and were involved in many musically driven projects. In a recent interview in 2011 the Asian Dub Foundation were asked about their political lyrics to which they said:

“Everything’s politics…we’re a band that makes music its up to you, you can decide, if you think its political that’s for you to decide, at the end of the day there’s good music and bad music.”

The success of the Asian underground music has allowed Bhangra music to shift into rave culture and fuse together sounds creating styles such as dance and techno.

Rishi Rich, Juggy D and Veronica Mehta helped to popularise the genre even further, and Jay Sean and M.I.A have broken into mainstream American audiences with their fusion of Asian sounds with R’n’B.

The genre hasn’t stopped there and continues to create other sub cultures that experiments with different styles of Asian music such as Classical and Bollywood and mixing it with styles like Ragga.

Asian underground music persists to succeed today and is widely listened to. Radio and DJ’s are still backing the music and musicians, and the popularity for a ‘British Asian’ sounding music mixed with traditional Eastern influences continues to grow among audiences across the world.

Soni, a Film Studies and Journalism graduate has an ambition to work in TV and film. She loves arts, culture and listening to music especially Bhangra. Her motto: "Yesterday is history, tomorrow is a mystery but today is a gift."
The Legendary Noor Jahan
The Movers and Shakers of Bollywood