A ‘predatory’ man pretended to help a woman, who hit her head on the London Underground before kidnapping and sexually assaulting her.

He had triggered a silent alarm.

After convincing the victim he was trying to help her, a man from North London kidnapped and sexually assaulted a young woman who cracked her head open during a fall.

30-year-old Sharif Abbas of Nightingale Road, Edmonton, approached a woman who had fallen down a set of stairs in a London Underground station in 2019.

The 19-year-old woman had sustained a head injury and a broken wrist after she fell while walking from one platform to another at Bond Street Tube station.

Her head was “profusely bleeding” and her skull was “exposed”.

After the fall, the woman made her way to a platform and sat down, before Sharif Abbas offered to help her.

He led her out of the station and put on a ‘high vis’ vest before leading the woman to an empty basement of a nearby building.

Despite having no medical training, Abbas told the victim he needed to examine her for injuries, at which point he sexually assaulted her.

The 30-year-old was not aware that upon entering the basement, he had triggered a silent alarm which prompted police to respond.

Police officers discovered him standing behind the victim with his hands under her clothing and the zip of his jeans undone.

He was then arrested on suspicion of sexual assault. 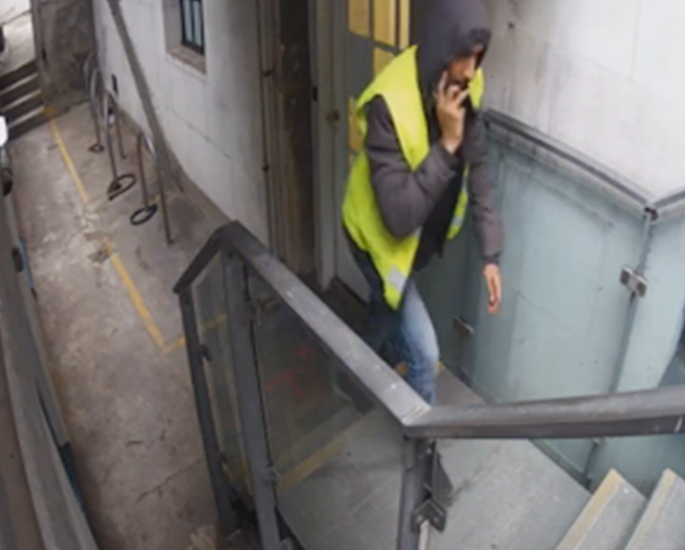 Abbas told police he had been carrying the high-vis vest to wear “if he went running” or in case he came across “an accident or something”.

The victim was taken to a hospital in West London and underwent surgery for a broken wrist and received treatment for a serious head injury.

She has since made a full recovery and no longer lives in the UK.

Detective Constable Pacquette praised the young woman’s “bravery” throughout the investigation and said:

“Due to Abbas’s not guilty plea, she was compelled to return to Britain and quarantine in order to take part in the trial process.

“I applaud her actions to help ensure that other women are spared the perverse attentions of this man.”

“Abbas was travelling on the Tube network carrying a ‘high vis’ tabard that would give the impression that he was a member of rail staff.

“He claimed that he had taken her into the basement in order to check her body for cuts and bruises, after which he was going to help her, yet he stated he had no medical training, nor had he taken any actions to address her significant head wound.

“To take advantage of a seriously injured woman, particularly at a time when she required urgent medical attention, is deplorable.”

Detective Constable Pacquette labelled Abbas’ as “calculating and predatory”, saying that “the verdict is wholly the right outcome to ensure that other women are protected from him.”

During police interviews, Abbas claimed that he tried to call for an ambulance inside the Tube station but couldn’t get a phone signal.

He also falsely claimed that the victim had asked him not to call for an ambulance.

He added that he had just spoken to a man that would provide bandages and first aid.

However, CCTV revealed no one else was involved in the incident.

Detective Constable Pacquette said police officers are “working hard to remove offenders of this type from our streets.”

Abbas was found guilty of kidnap and sexual assault on December 20, 2021, following a trial at Southwark Crown Court.

He has been remanded in custody to appear for sentencing in February 2022.

Ravinder is a Journalism BA graduate. She has a strong passion for all things fashion, beauty, and lifestyle. She also likes to watch films, read books and travel.
Indian Father arrested for Baby Delivery using YouTube Tutorial
Indian Singer’s Girlfriend kills his Wife during Night Stay