Ramsha Khan was subjected to the wrath of netizens after she praised her ‘Hum Tum’ co-star Ahad Raza Mir in a recent interview.

"He begged Sajal to marry him then he divorced her."

People adored their chemistry and their relationship in the drama.

In a recent interview, the actress praised her co-star Ahad Raza Mir, saying: “He’s a wonderful human being. He’s a gentleman and he’s really funny.

“He’s got a great sense of humour and he’s a fantastic actor.”

However, Ramsha’s compliments did not sit well with netizens who rushed to social media to share their thoughts.

One user wrote: “Ramsha, you need to stay away from him. He will damage your heart.”

A second added: “He looks like this in the beginning. Only his wife knows his true intentions.”

Others added Ahad Raza Mir’s wife Sajal Aly into the discussion. Ahad and Sajal have reportedly separated after two years of marriage.

Another commented: “Oh please, what kind of gentleman is this? Left Sajal due to nonsense reasons. She is far prettier than you Ramsha. If he can’t be hers, he can’t be yours.”

A third concluded: “Ahad is mental. He begged Sajal to marry him then he divorced her. Sajal is a very nice person, she will find someone good.”

All relationships have their ups and downs but Sajal Aly and Ahad Raza Mir’s relationship timeline is especially fascinating.

To the delight of fans, Sajal and Ahad’s onscreen romance in Yakeen Ka Safar blossomed into a relationship behind cameras.

Since then, the duo, who are lovingly referred to as ‘Sahad’ by fans, has been seen as one of Pakistan’s favourite power couples.

After the drama, they became inseparable. Their chemistry sizzled and set screens alight.

One drama and advertisement after another, Sajal and Ahad dominated the Pakistani entertainment space.

Whilst they both refrained from excessively sharing their relationship on social media, their fans couldn’t get enough of the two.

So, when Sajal removed her husband’s surname from her Instagram bio and Ahad failed to make an appearance at family functions, the news instantly sent shockwaves through Lollywood.

Despite Sajal and Ahad’s efforts to dispel separation rumours, netizens were not entirely convinced about their status.

Adding fuel to the fire, neither Sajal nor Ahad acknowledged their second wedding anniversary on social media.

There was a range of other comments reflecting on the possible “toxic marriage” of the two. 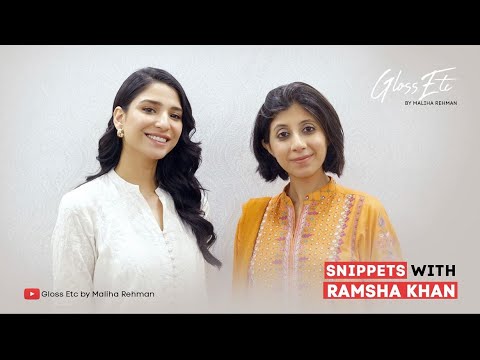 Ravinder is a Journalism BA graduate. She has a strong passion for all things fashion, beauty, and lifestyle. She also likes to watch films, read books and travel.
Ranveer Singh reveals he has ‘Sex Playlists’ on Koffee with Karan
Kapil Sharma accused of Breaching North America Tour Contract