Priyanka Chopra will be hosting a pre-Oscars 2022 event celebrating South Asian excellence and representation in movies.

The Indian documentary has bagged an Oscars nomination

Priyanka Chopra won’t be presenting at the 2022 Oscars but is still involved with a pre-Oscars event.

Priyanka’s pre-Oscars event will take place on March 23, 2022, in Beverly Hills and will have numerous attendees to celebrate South Asian excellence in movies.

The Hollywood Reporter revealed that Chopra will be joined by actress Mindy Kaling.

Both personalities will be joined by the elites of film such as Shruti Ganguly and Sushmit Ghosh.

The latter will be alongside Rintu Thomas and Anurima Bhargava who all worked on Writing With Fire (2021).

The Indian documentary has bagged an Oscars nomination for ‘Best Documentary Feature’.

However, there will also be South Asian businesspeople in attendance like Anjula Acharia and Bela Bajaria.

Not to mention Marvel superstar, Kumail Nanjiani, actor Riz Ahmed and director Gulistan Mirzaei who are among the special guests.

The insightful show will have open discussions regarding South Asian representation.

It will look at the tremendous strides artists are making within the field and reimagine the inclusivity of The Academy Awards. 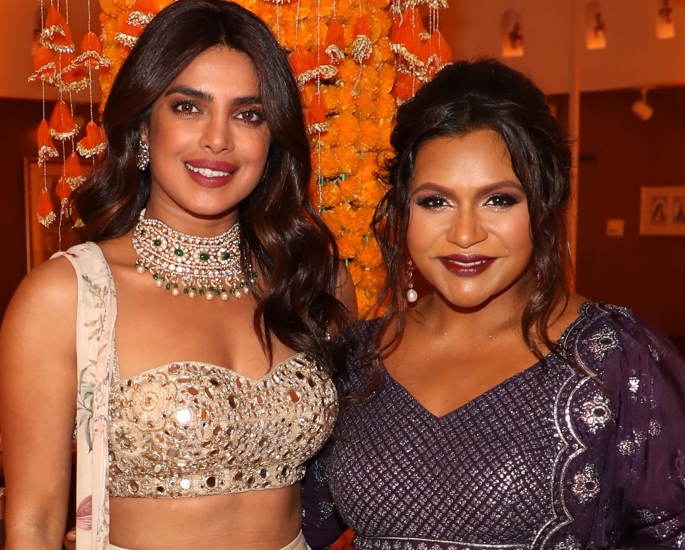 Priyanka Chopra, last seen in The Matrix Resurrections (2021), is extremely excited to get this event underway.

The actress has opened up regarding her own difficulties trying to land Hollywood roles that would not typecast her.

So, an event like this on such a grand scale will surely spark more change.

Although, fans are eagerly anticipating the star’s return to the big screen.

As per Deadline, she will feature alongside American actress Sienna Miller in the onscreen adaptation of Shilpi Somaya Gowda’s novel, Secret Daughter (2010).

The story explores an emotional tale of two families – one Indian and one American – who bind together through a child.

The movie will be co-produced by Priyanka alongside David Beaubaire, Vanessa Lanci and Purple Pebble Pictures.

But before Priyanka continues her momentum, she will help lead a much-needed discussion around South Asians within film.

Priyanka has previously announced the Academy Award nominees in 2021 with her husband Nick Jonas. She has also presented for the ceremony in 2016.

The star-studded 94th Academy Awards will be going underway on March 27 at the Dolby Theatre in Los Angeles.

The show will be live at 8 pm eastern time and 5 pm pacific time.

It will start at 1 am on March 28 for UK viewers and 6:30 am on Star World and Star Movies for those in India.