"let me serve my country first, marriage can happen anytime"

She already has half a million subscribers on Instagram and the number is only going to increase in the coming days.

She is popular among the fans not only because of her prowess on the cricket field but also because of interacting with them on a regular basis.

She took to Instagram to conduct a question-answer session with her followers.

The 24-year old put up a story on Instagram to invite some questions for a ‘Ask Me Anything’ session.

The fans asked her different types of questions related to her personal life.

The question that caught everyone’s attention was the one about her boyfriend.

The fans noticed the question more because of Priya Punia’s hilarious reaction which has gone viral on social media.

One of her fans asked if she has a boyfriend.

In reply, Priya Punia didn’t write anything but posted a short video reaction with a startled expression.

Among other question-answers, she revealed that if not a cricketer, she would have ended up as a badminton player.

She also revealed that Allu Arjun is her favourite South Indian actor.

Priya Punia was recently seen in action in the Women’s T20 Challenge.

She represented Supernovas who lost to Trailblazers in the final. Priya Punia made her India debut in 2018 and has played five ODIs and 3 T20Is so far.

During the session, she was also quizzed about her marriage plans.

The right-handed batter responded in a cheeky way stating that there is enough time left for her to get married.

To which she wrote: 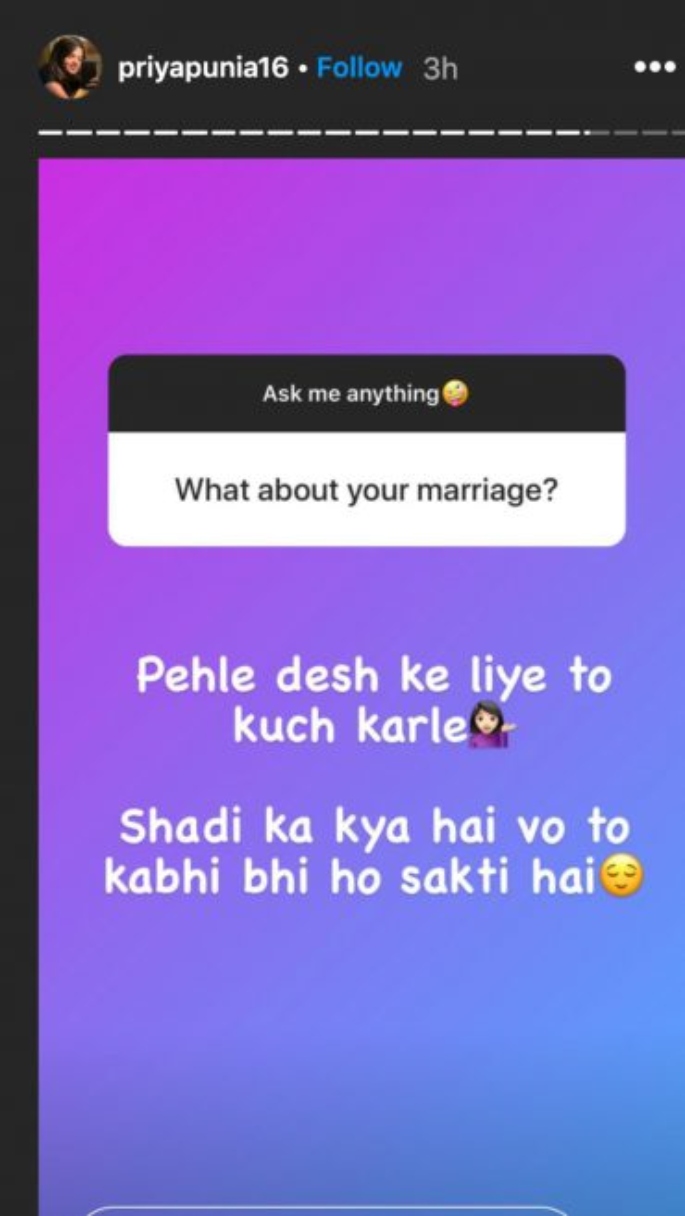 The Rajasthan cricketer was also asked to name her cricketing idols. 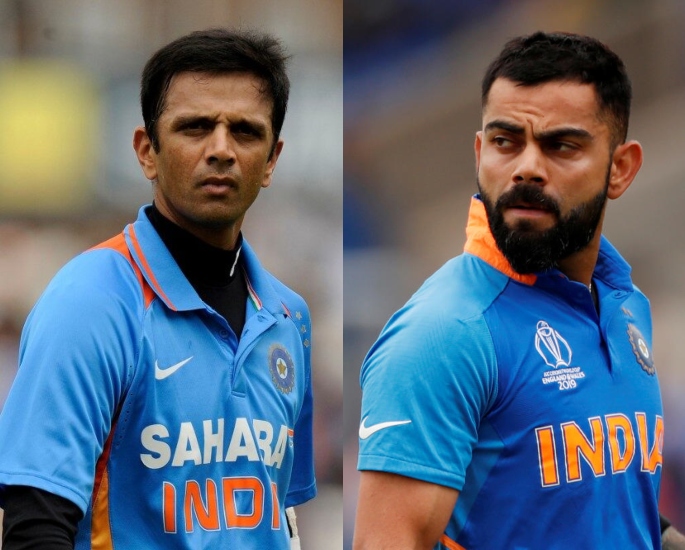 Dravid was the phenom in Indian batting. He amassed over 10000 runs in ODIs while 13288 runs in the longest format of the game.

Dravid was also known as ‘The Wall’ due to his ability to bat for a longer period of time on a regular basis.

Kohli, on the other hand, is a modern-day cricket genius.

He is the only batsman among the active cricketers to average over 50 in all three formats of the game.

In 416 international matches, Kohli has accumulated 21901 runs – eighth highest in the history of the fascinating sport.

Akanksha is a media graduate, currently pursuing a postgraduate in Journalism. Her passions include current affairs and trends, TV and films, as well as travelling. Her life motto is 'Better an oops than a what if'.
Lanka Premier League 2020 Teams and Players
Gambhir says Rohit Sharma is ‘Better Captain’ than Kohli