A Pakistani man from Punjab brutally murdered his sister and her baby son for marrying someone of her choice and someone he did not approve of.

“They killed their own sister and her baby"

A Pakistani man has been arrested for killing his sister and her one-month-old baby. He killed them because she married out of choice.

The arrest came one month after the murders took place.

The victims were identified as 21-year-old Aimen and her son, Hussain.

It was reported that they were killed and buried in Muzaffargarh, which is in the Punjab province in February 2020. Aimen was shot while her son was strangled to death.

The incident went viral on social media and some reports which stated that they had been buried alive began circulating, however, police officers are yet to determine whether that is true.

Mother-in-law Sughra Bibi explained that Aimen lived with her husband Tariq, their baby son and her in-laws.

Aimen had been married for one-and-a-half years.

It is alleged that two of Aimen’s brothers were responsible for the double murder, though only one of them has confessed.

The brothers were identified as Owais and Farooq. They were against their sister marrying someone of her choice. 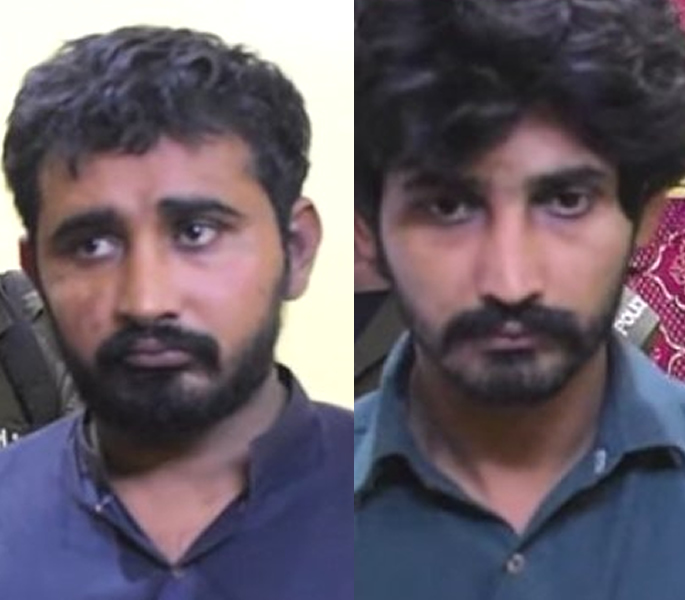 It is believed that the brothers kidnapped the victims and took them to a deserted area. While Aimen was shot, Hussain was strangled. Their bodies were then buried.

Both men have been arrested but following the confession of the Pakistani man, police are working to find out if the second brother was responsible.

The march was held on International Women’s Day.

The slogan was deemed “vulgar”, however, after Aimen’s murder, people are stating why such movements are necessary.

One user posted: “They killed their own sister and her baby because she had a child with her body with someone she wanted and that’s exactly why I will scream until the skin melts off the faces of you insecure, arrogant cowards #merejismmerimarzi.”

“I highly condemn this act of heinous crime. The culprits must be punished as per the law.”

“The perception of male members of the family needs to be changed from childhood. Needs a lot of efforts to change it in society.”

This was a violent honour killing, something which unfortunately still continues in Pakistan.

According to the Human Rights Commission of Pakistan, there were almost 300 women killed in honour crimes in the first half of 2016.

Honour killings continued even though they were a crime.

However, the government are cracking down on such crimes by giving perpetrators mandatory life sentences.

Dhiren is a journalism graduate with a passion for gaming, watching films and sports. He also enjoys cooking from time to time. His motto is to “Live life one day at a time.”
Drug Dealer Caught with Baseball Bat & Axe
Scottish Pervert sexually abused Woman who was Sleeping