Hina Shahnawaz, an NGO worker in Kohat, was shot dead on February 6, 2017, adding to the never-ending list of honour killing cases in Pakistan.

A growing number of Pakistani women are breaking barriers

Pakistani ambassador to the UN, Maleeha Lodhi, recently spoke on how gender equality and women empowerment were the nation’s top priority.

Arguably, that feels like a travesty of Pakistan’s ingrained values; almost a week before Lodhi’s address a young NGO worker was murdered in Kohat in what surfaced as a case of honour killing.

A significant majority of Pakistani men are not so comfortable seeing women challenge the status quo. Because often times, women are either buried under the weight of an expected set of duties or silenced forever the second they dare to tread a path different from our patriarchal norms.

In 2016, social media sensation Qandeel Baloch was strangulated by her brother for her controversial image. In a flick of a finger, Qandeel was reduced to just another headline in a string of honour killing cases crowding local newspapers.

Since then, the government has made several attempts to curb violence against women, but it seems little has changed. On February 6, Pakistan lost another bright, ambitious 27-year-old woman to honour killing.

Hina Shahnawaz, a young NGO worker and the sole breadwinner of her family in Kohat, was gunned down by unknown assailants; she was shot four times. The prime suspect is none other than her cousin who apparently did not approve of her working outside the house.

Reports also suggest that her cousin, Mehboob Alam, wished to marry her, however, Hina showed little interest. Hina was a Master’s in Philosophy; her cousin, on the other hand, did not even pass 10th grade.

It is obvious then that Hina chose for her a better life. She, perhaps, aspired for greater equality in terms of both life and marriage.

In doing so, however, Hina seemed to be sailing in dangerous waters for she made it to the shore lifeless. 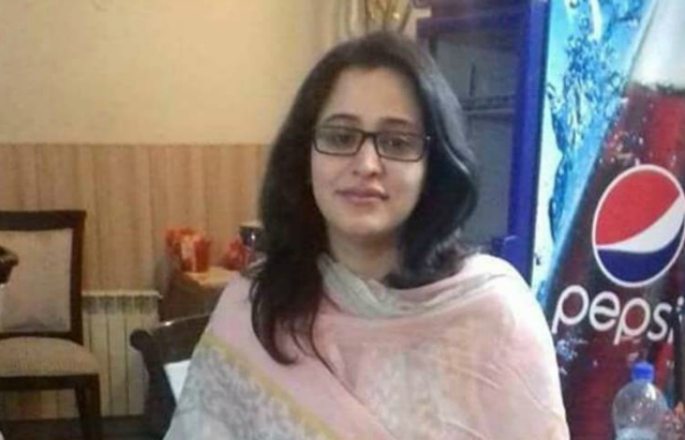 Hina’s murder case has taken various turns so far. As many as seven suspects are wanted for Hina’s murder, all of whom are her close relatives and were critical of her profession. The police have managed to arrest six of them along with the main accused.

Before his arrest, Mehboob claimed innocence through a video recording on social media. He claimed that the victim’s family was trying to trap him. That, however, does not offer him any legal leeway for the victim’s sister has claimed to be an eyewitness to Mehboob murdering Hina.

While the arrests have been made, it is possible that the case is solved through a ‘tribal jirga’ allowing the culprits to walk free. Police though insists that it will fight through to ensure that the suspects are duly punished.

Past records barely add up to their advantage and there is no guarantee that the suspects will be found guilty at all, let alone punished.

Time and again, we have seen perpetrators walk free simply by seeking forgiveness for the crime from another family member. Most of the time, these cases aren’t even reported. In fact, Hina’s case caught people’s attention on social media. It was after significant pressure from international human rights’ organisations that the local government took notice of it.

While Hina’s case is still waiting for a decision, another 21-year-old mother has been shot dead in Sanghar in a suspected case of honour killing.

Perhaps, it’s our society’s mentality that needs to change. The fact that many, aside from her family, may find Hina deserving of her ill fate shouldn’t be a given. It should, instead, alarm us and push us towards a change.

Of course, efforts are being made slowly and steadily. A growing number of Pakistani women are breaking barriers and are being appreciated for it. Many are leading ahead of their male counterparts despite odds.

But reality still places us as the third most dangerous place in the world for women. That’s something worth looking seriously into.

Can a Desi Woman easily Marry a Guy with a Sexual Past?
Is Drug Addiction a Growing Problem for British Asians?