Pakistani Teenager killed by Family in Italy for not Marrying Cousin

A Pakistani teenager living in Italy was allegedly murdered by family members after she refused an arranged marriage, apparently to a cousin.

the family tried to force Saman into an arranged marriage

A person has been arrested for their involvement in the alleged murder of a Pakistani teenager in Italy.

The victim, 18-year-old Saman Abbas, was allegedly killed on April 30, 2021, and buried by her family for refusing an arranged marriage, apparently to a cousin in Pakistan.

He was extradited to Italy on June 9, 2021. In court, he denied any involvement in Saman’s disappearance.

According to Italian police, her parents, uncle and two cousins strangled Saman before burying her body at an unknown location in Novellara on the night between April 30 and May 1, 2021.

It is believed that her parents Shabbar Abbas and Nazia Shaheen fled to Pakistan.

Meanwhile, the whereabouts of her uncle and cousin are unknown.

Saman’s body has not been found. Police continue to search the area.

CCTV footage shows her uncle and two cousins carrying shovels towards a field, presumably to dig a grave for the Pakistani teenager. 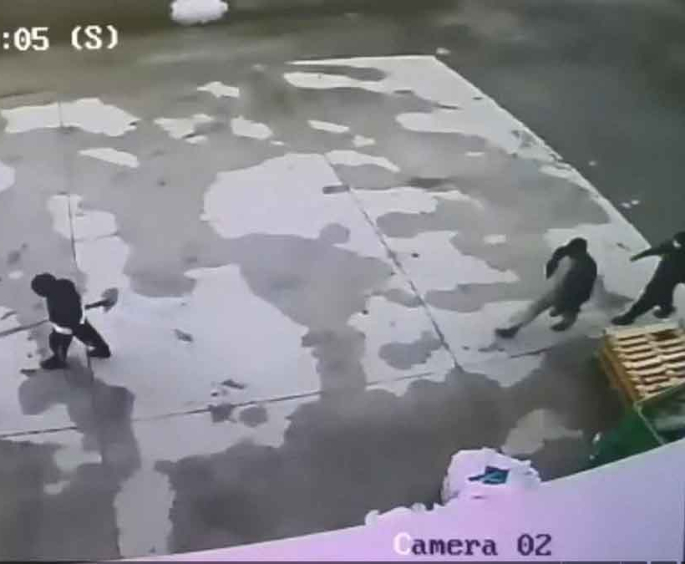 The uncle, Danish Hasnain, is said to have masterminded the alleged murder.

In 2020, the family tried to force Saman into an arranged marriage with her cousin in Pakistan.

When she refused, Saman was kicked out of the family home.

Saman had reportedly been living in a refugee camp before returning to her family home in April 2021, despite social services advising her not to.

On the night of April 30, Saman reportedly got into an argument with her parents over the arranged marriage. She ran away again.

Her brother said that her uncle Danish was instructed by the family to bring her back.

Instead, he allegedly strangled her to death in what is believed to have been a premeditated murder.

It was reported that after allegedly killing her and burying her body, he returned to the house and told her parents that everything was fine.

The brother claimed he overheard the argument on the night of his sister’s disappearance.

He also said that the whole family was afraid of Danish.

Saman’s disappearance did not come to light until May 5, 2021.

Italian authorities were sent to the family home to recover documents that Saman’s family had been refusing to hand over.

Upon reaching the house, authorities found that Saman was missing while her parents had returned to Pakistan.

In Pakistan, her father Shabbar told Italian authorities that his daughter is in Belgium.

Following Ikram’s arrest, police are working to trace the other four suspects.

They are also continuing to search for Saman’s body. Police are confident that they will find her body in the coming weeks.

Dhiren is a journalism graduate with a passion for gaming, watching films and sports. He also enjoys cooking from time to time. His motto is to “Live life one day at a time.”
Doctor who wrote 1st Covid-19 Guide for GPs receives MBE
Rishi Sunak’s in-laws billed £5.5m in Amazon India Tax Dispute