Pakistan government has agreed to release a sum of over £200,000 to buy the ancestral homes of actors Dilip Kumar and Raj Kapoor.

after the Partition in 1947, members of the Kapoor household left the city

The Khyber Pakhtunkhwa government in Pakistan, on January 2, 2020, consented to allocate over £235,000 to acquire the ancestral homes of Bollywood’s legendary actors Dilip Kumar and Raj Kapoor.

The two celebrated actors of the Indian cinema were born and raised in these houses in their early years before the Partition.

Both the houses are located at the centre of the province and permission has been granted to declare them as national heritage.

The Khyber Pakhtunkhwa Communication and Works Department (C&W) had come up with a price for the ancestral homes just a few weeks back.

The formal approval by the Chief Minister will now allow the interested parties to purchase the houses from the provincial government at the determined price.

After a report submitted by the C&W Department, Muhammad Ali Asghar, the Deputy Commissioner of Peshawar, fixed a price on the two actors’ houses.

After the acquisition, Khyber Pakhtunkhwa’s archaeology department plans to convert the houses into museums.

The archaeology department had earlier made a formal appeal to the provincial government to sanction an amount of over £200,000 to buy both the residences.

Raj Kapoor’s ancestral home is situated in the renowned Qissa Khwani Bazar and is popularly known as Kapoor Haveli.

The house was built by the late actor’s grandfather Dewan Basheswarnath Kapoor between 1918 and 1922 in British India. 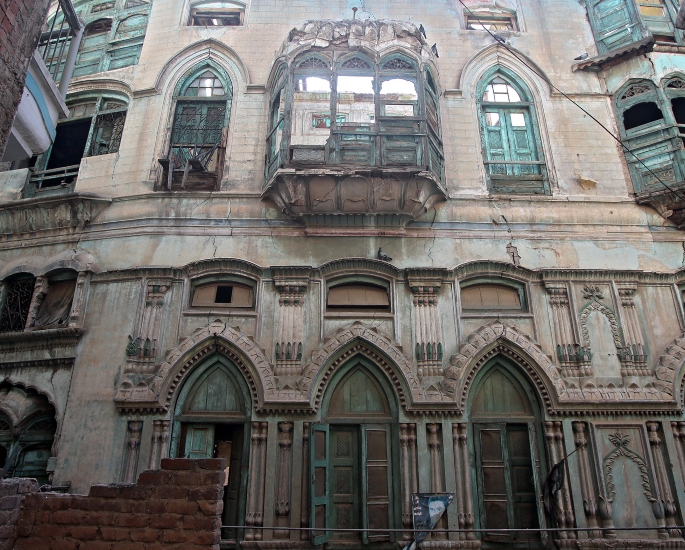 Raj Kapoor was born in the house but after the Partition in 1947, members of the Kapoor household left the city and the building. It was then auctioned in 1968.

Today, the haveli is surrounded by many industrial buildings that pose a great danger to its frail condition and historical significance.

Kapoor grew up in the same religiously diverse locality as Dilip Kumar, his childhood friend as well as his colleague in films.

Dilip was born in his century-old ancestral home located in Peshawar in 1922.

The acting doyen’s house is now in a dilapidated state. It was declared as a national heritage in 2014 by the then government. 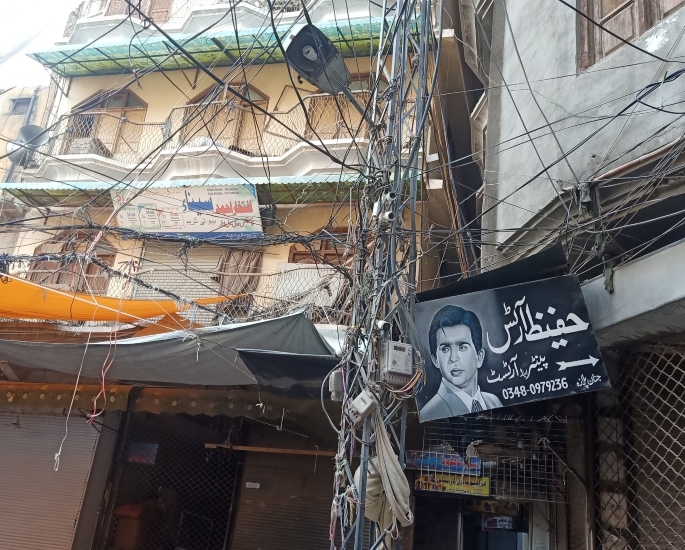 In a tweet, Shahzad Shafi, a Pakistani activist in October 2020, posted pictures of the house and wrote:

“Sunday Morning from the home of legendary @TheDilipKumar, it broke my heart to see the miserable condition of this asset.”

Dilip Kumar in a series of tweets recalled the memories in his ancestral home in October 2020. He reminisced:

“I am at once full of fond remembrances of my parents, grandparents and numerous uncles, aunts and cousins who filled the house with the sounds of their chatter and hearty laughter.

“I have lovely memories of Qissa Khwani Bazaar, where I received my first lessons in storytelling, which later provided the impetus to choose meaty stories and scripts for my work.”

In the past several attempts were made by the owners of the two houses to raze them to the ground due to their excellent location, for commercial purpose. 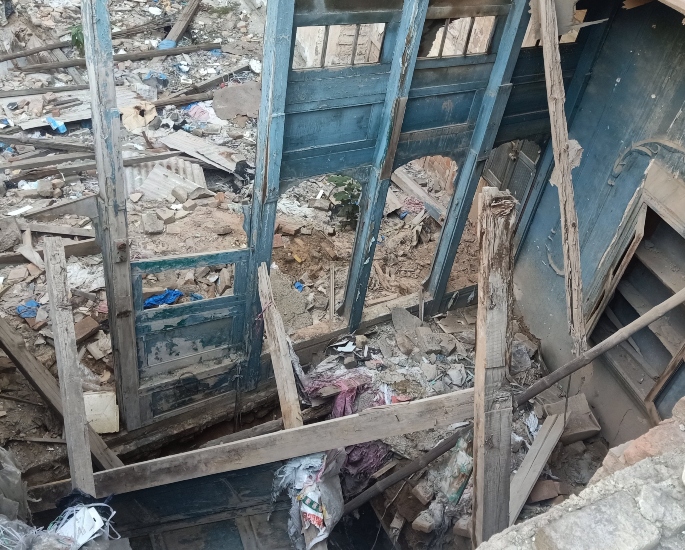 However, all such attempts were suspended because the archaeology department wanted to preserve and protect them for their historical value.

Raj Kapoor is known as the greatest showman in the history of Indian cinema and received 3 National Film Awards and 11 Filmfare Awards. He passed away in 1988.

Dilip Kumar has worked in over 65 films and holds the record for most Filmfare Awards for Best Actor. As of 2020, he is among the last survivors from the Golden Age of Hindi cinema.