Nominations for the IIFA Awards 2015

The IIFA Awards 2015 will take place on June 7, 2015 in Kuala Lumpur, Malaysia. With the whole of Bollywood gearing up for filmy excitement, who are the big contenders? DESIblitz has the full list of nominations.

"It is amazing how Indian cinema is growing strength by strength every year."

The nominations for the 16th IIFA Awards 2015 have been announced, and there are a few surprises in the mix.

While Queen and Haider have taken the winning lead over the last few awards ceremonies, the IIFA’s sees young romance film, 2 States gain the highest number of nominations with 9 nods.

Haider sees 8 nominations in total while PK follows with 6. Queen is only up for 5 nominations.

The 13 categories recognise each aspect of cinema and filmmaking. Both Shahrukh Khan and Aamir Khan are up against each other for ‘Leading Role Male’ for their respective films Happy New Year and PK. 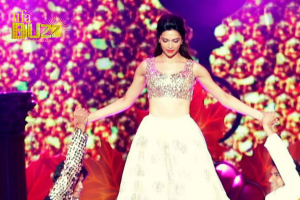 Taking place in Kuala Lumpur, Malaysia, the IIFA awards will be another weekend of filmy gossip, live music and fashion glamour. Stars are expected to turn out in full force on the weekend of June 5-7, 2015.

Bipasha Basu and Anil Kapoor attended the special IIFA 2015 press conference on April 9, 2015, in Malaysia ahead of the June event.

IIFA’s is the biggest Indian media and entertainment event which sees a viewership of almost 800 million. The filmy weekend is an assortment of cine-festivals, acting and directing workshops and exhibitions, all celebrating the best of Indian cinema. 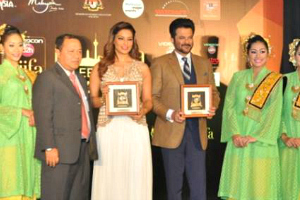 The previous year of IIFA was a celebrity extravaganza that mixed both Bollywood and Hollywood.

Taking place in Tampa Bay, Florida, special guests Kevin Spacey and John Travolta mingled and danced away on stage with the B-town stars. Expectations for 2015 will be just as high.

“It is amazing how Indian cinema is growing strength by strength every year. It has been a spectacular year for Indian Cinema across genres of films and a multitude of talent on and off screen.

“Some of the biggest films are contending for awards this year and the nominations reflect the talent and achievements of our Indian Film Industry.”

With so much anticipation for this year’s IIFA Awards, we wonder who will win the award for ‘Best Picture’, ‘Leading Role Male’ and ‘Leading Role Male’. Could Shahid Kapoor and Kangana Ranaut win again? Or will 2 States be the dark horse for Haider and Queen?

Here is the full list of nominations for the 2015 IIFA Awards:

The Videocon D2H IIFA Weekend and Awards will take place between 5 and 7 June 2015, at the Stadium Putra in Kuala Lumpur, Malaysia. Good luck to all the nominees!

Aisha an English literature graduate, is a keen editorial writer. She adores reading, theatre, and anything arts related. She is a creative soul and is always reinventing herself. Her motto is: “Life is too short, so eat dessert first!”
How Hot is Sunny Leone in Ek Paheli Leela?
Relationships begin to crack in Indian Summers