A group of Nihang Sikhs carried out an attack on Punjab Police in Patiala. Their attack led to an officer’s hand being cut off.

"they rammed the vehicle against the gate and the barricades."

A group of Nihang Sikhs were stopped for violating lockdown. They then launched an attack on police. During the chaos, an officer’s hand was chopped off.

The incident happened in the town of Sanaur, Patiala, Punjab.

Seven members were arrested following a shootout at a Gurdwara several hours later.

The incident took place on April 12, 2020, at 6:15 am. Due to the ongoing lockdown, measures have been implemented to stop the spread of Coronavirus.

This includes social isolation queues at shops and markets as well as passes which allow access.

Five Nihang Sikhs had arrived at a vegetable market in a white SUV and were stopped by officers. They did not have passes or were prepared to wait in the queue.

They then smashed through the barricade and a violent attack ensued.

“They were asked to show passes. But they rammed the vehicle against the gate and the barricades.” 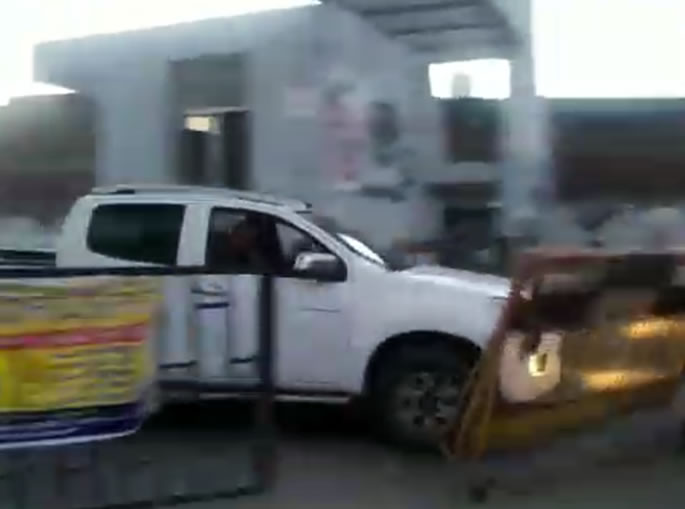 One of the Nihang members used his sword and subsequently cut off Assistant Sub-Inspector Harjeet Singh’s hand.

A video circulated on social media where ASI Singh was seen looking for help while his severed wrist was covered with a handkerchief.

One man picks up the severed hand and gives it to the injured officer. He is then taken away from the scene on a scooter.

Three other police officers were injured during the violence. They were identified as Bakkar Singh, ASI Raj Singh and ASI Raghbir Singh.

ASI Singh was taken to Rajindra Hospital before being referred to PGI. 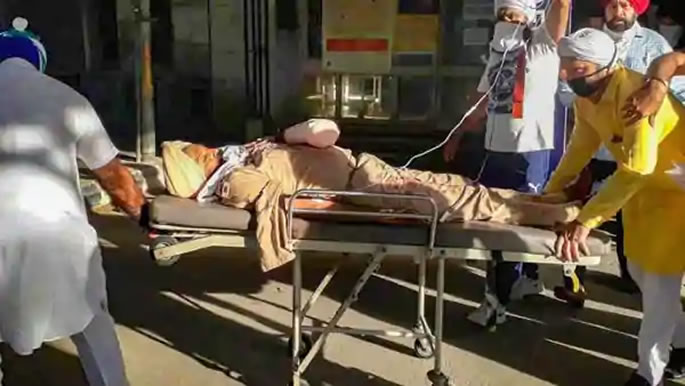 Doctors operated on the police officer for more than seven hours but were successful as they were able to re-attach the officer’s left hand.

Punjab Chief Minister Amarinder Singh revealed that it was a successful operation and praised the doctors.

Meanwhile, the Nihang Sikh members fled to a Gurdwara in Balbera village.

Police identified Baba Balwinder Singh as the main perpetrator of the attack. They launched an operation to bring the attackers to justice. 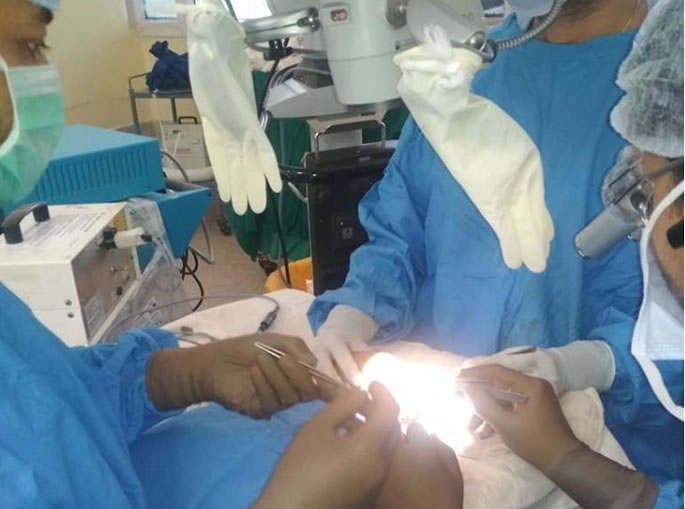 A police team led by Inspector General Jatinder Singh surrounded the Gurdwara and sealed off a one-kilometre perimeter.

Police requested them to surrender but they refused. The Nihangs inside the building verbally abused the officers.

Locals, including a village sarpanch, tried to convince them to surrender but they continued to refuse.

According to police, the Nihangs had placed gas canisters around the perimeter and were preparing to set off explosives.

Shouting was heard inside the Gurdwara, which suggested that there may be hostages.

Police then decided to take action which resulted in a shootout.

During the shooting, one Nihang member named Nirbhav Singh was injured. He was later taken to hospital.

Meanwhile, police managed to make their way inside the building and arrested seven people, including the five attackers at the market. 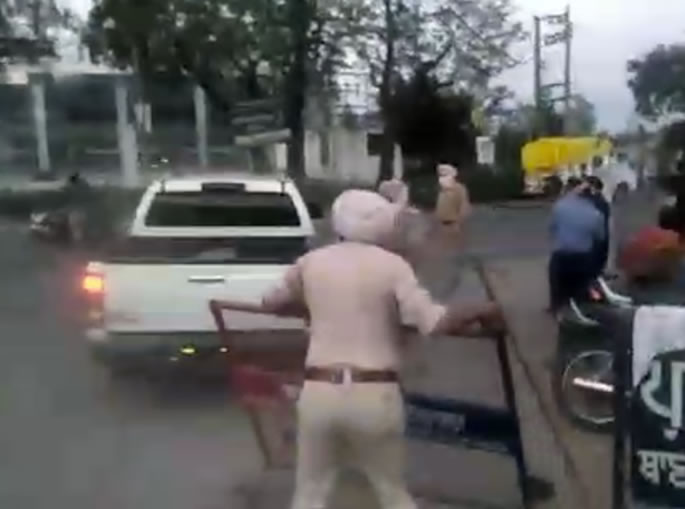 Police rescued several women and children who were inside and unharmed.

Following the arrests, Chief Minister Singh has instructed the police to take strict action against anyone breaking the law.

Akali Dal stalwart Parkash Singh Badal too condemned the attack. He said that there is no place for violence in a civilised society.

An attempt to murder case has been registered at Sadar police station for the attack on policemen.

Another case has been registered under the Indian Penal Code under Unlawful Activities (Prevention) Act and laws relating to disaster management and explosive substances.

Director-General of Police Dinkar Gupta said that the incident in Patiala was an unfortunate one.

Dhiren is a journalism graduate with a passion for gaming, watching films and sports. He also enjoys cooking from time to time. His motto is to “Live life one day at a time.”
Pakistani Pilot treated like ‘Criminal’ for Catching COVID-19
Man jailed for battering Victim with Car Steering Lock