Natasha Noorani tied the knot with Zeerak Ahmed. The ‘Choro’ singer took to Instagram to share pictures from the wedding.

"I was working on the best collaboration"

Natasha Noorani took to Instagram on April 2, 2022, to announce that she has officially tied the knot.

The ‘Choro’ singer shared the news about her marriage in an Instagram post that caught netizens by surprise, none of whom saw this coming.

In the caption, Natasha wrote: “Sorry for being MIA. I was working on the best collaboration of my life.”

Natasha wore a traditional bright pink banarsi lehenga by Weaver Story at one of the wedding events.

Her bright outfit was paired with gold and emerald jewellery and colourful bangles.

Natasha’s choice of song for her entry during an event won the hearts of her fans.

The singer went beyond Bollywood songs and entered to a band playing Beyonce’s ‘Crazy in Love’.

Natasha Noorani opted for a bright cherry red outfit by Rana Noman at another event.

She paired the look with a sleek bun, bright red lip and emerald and pearl jewellery. 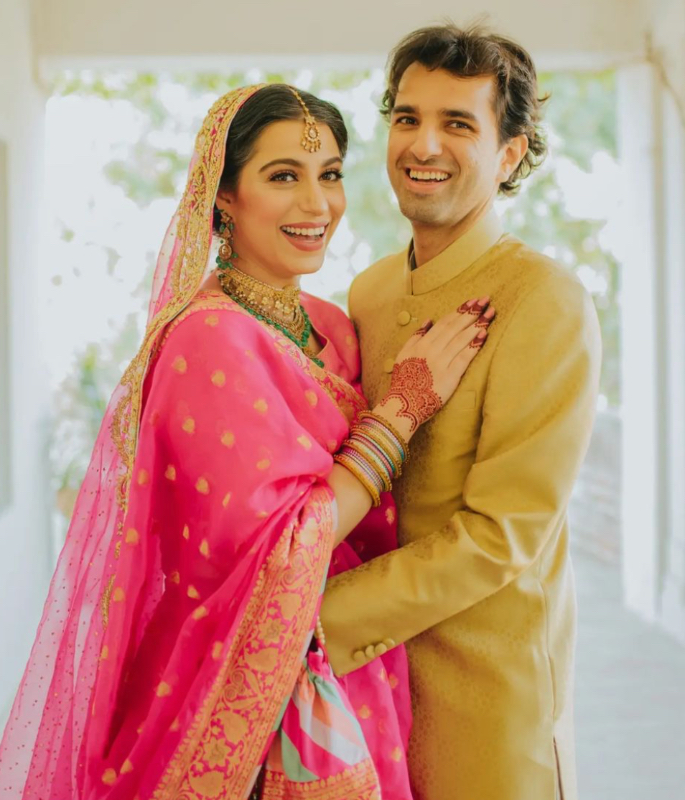 The groom, Zeerak Ahmed, wore an ivory kurta-shalwar with a matching waistcoat and a pocket square.

Another outfit worn by the singer was a champagne gharara by Kamiar Rokni embellished with gold and crimson red details that she paired with gold jewellery including a teeka, choker and earrings and a five-string pearl necklace.

Musician Natasha Baig congratulated the singer while complimenting her look.

Talal Qureshi also dropped by and asked for more details on the epic “collab” that is her marriage. 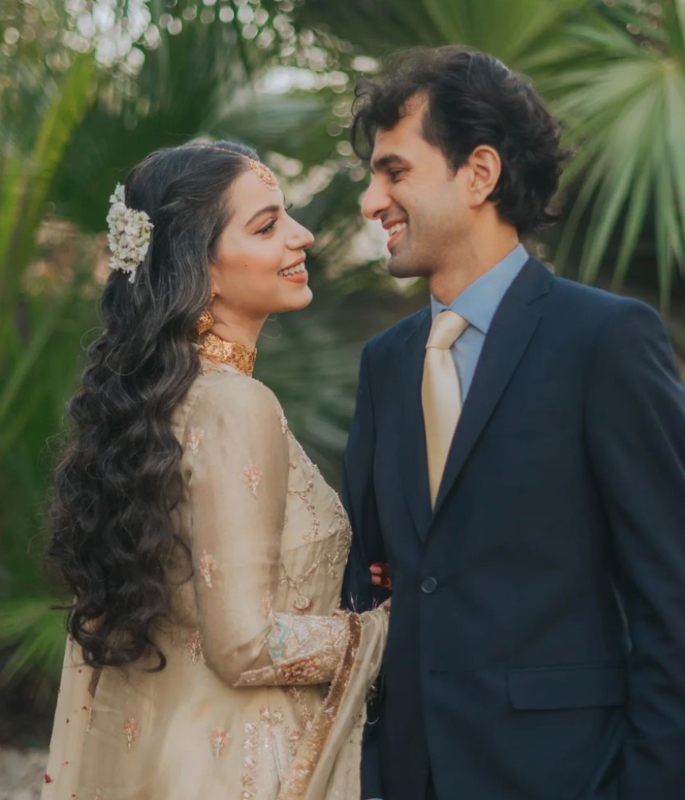 Natasha Noorani broke into mainstream music after she sang ‘Baby Baby’ on Velo Sound Station in 2020.

She was well-known among local music enthusiasts well before this; she was the co-director of one of Pakistan’s most important music festivals, the Lahore Music Meet.

She was also a manager of Pakistani pop-rock duo Strings and one half of the retro-pop outfit Biryani Brothers.

In an interview with Popshift, Natasha highlighted why she felt inclined to write ‘Choro’ in the first place:

“I wrote this song two years ago in my dorm room while I was going through a heartbreak.”

“The song took its time to come to fruition in terms of me having performed it a bunch live and sharing multiple recordings and then finally finding Abdullah Siddiqui who was the perfect producer to handle this.”

‘Choro’ was a song meant to heal some of the singer’s wounds after a painful end to a relationship.

Natasha added: “I don’t think every heartbreak or loss leads to some kind of closure.

“So, this song for me served as that moment of wrapping things up and shoving it aside in a box”.