The 6 Most Expensive Spices in the World

Have you ever looked at your spice rack and wondered what they set you back? DESIblitz takes a look at why the world’s most expensive spices cost so much.

Some are worth more than their weight in gold.

Spices are a staple of every household. If you need to make a meal more exciting or add some flavour to a bland food, everyone reaches for the spices.

While most of them won’t break the bank, which are the most expensive spices?

Pound for pound, some are worth more than their weight in gold.

Whether it’s because they’re hard to process or hard to develop or they’re simply just rare, spices can rack up some serious costs.

If you’re looking to keep the price of your spice rack to a minimum, or you’re curious about just how much you’re spending when you sprinkle seasoning into a meal, then keep on reading. 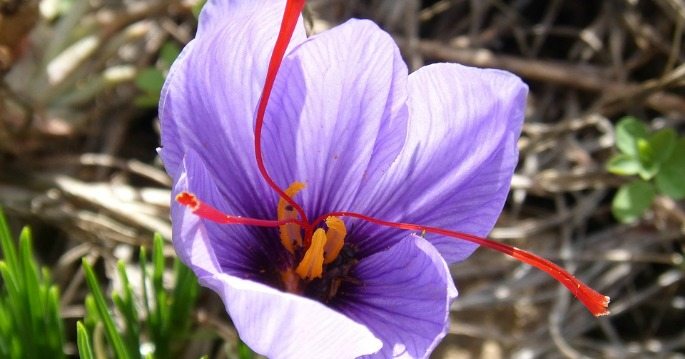 Everyone knows that saffron’s the real heavyweight when it comes to the most expensive spices. In Sainsbury’s you can get 0.4g of saffron for £2.13.

But just why exactly is saffron so expensive? It’s quite simple. Saffron is harvested from crocus flowers, and collecting the product requires extremely time-consuming labour. You can pick tens of thousands of flowers and yet still produce as little as 90g.

As well as the labour intensive harvesting – which can’t be mechanised – the stigma collected from the flowers which yields the saffron has to be dissected.

After this, it has to be gradually air dried. Only after this long and difficult process can the saffron be packaged and sold.

Saffron doesn’t require an exotic location or perfect conditions; the crocuses can be grown in England. It simply requires extremely large amounts of time and labour.

You’ll find vanilla as a principal flavour in almost anything sweet. Whether it’s a milkshake or an ice cream, you’re sure to find vanilla as the default flavour. Despite being so common, it’s actually considered one of the world’s most expensive spices.

Vanilla is so expensive first of all because it’s difficult to harvest. Vanilla comes from a type of orchid which grows like a vine up trees. The vanilla itself is harvested from a pod on this orchid. Inside each pod are thousands of black seeds; this is the vanilla you’ll be familiar with.

While vanilla is naturally pollinated by by specific species of bees and hummingbirds, it can only be pollinated when the flower is open. As this is for a very short length of time, you’ll usually find commercial vanilla being hand pollinated.

The plant which vanilla is harvested from is also a very picky plant. It can only grow up to 20 degrees north or south of the equator. This means that there’s a very limited amount of places which it can be grown.

The tight restriction on the climate which vanilla can be grown in means that the whole market can be disturbed very easily. If there are disturbances or issues in one of the country where it is grown – such as Madagascar – then this can halt the whole market.

If you’re looking at a cookie or a milkshake and wondering why it’s so pricey, remember that vanilla is actually one of the most expensive spices available. 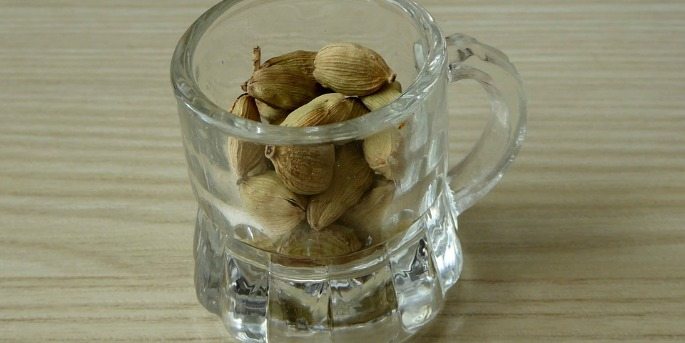 Good for you and packed with fragrant flavours, cardamom is a must have for almost any curry. However, it actually packs a punch as one of the most expensive spices in the world.

While it won’t come anywhere near saffron in terms of breaking the bank, it still hits hard at 28g for £1.

There are two factors which contribute to the price of cardamom. The first is that, like saffron, you have to dedicate massive amounts of time to harvesting it. The cardamom pods have to be picked individually by hand.

It’s another process which you can’t automate; human labour has to step up.

The need for intensive labour is linked to the second reason as to why cardamom is so expensive. You have to pick it when it’s roughly three-quarters of the way to ripeness. This is another reason why you can’t automate the process. Human labourers have to individually confirm that each cardamom pod is ready to be picked before it can be harvested.

So next time you drop a few cardamom pods into your curry, remember that there’s a reason why it’s one of the world’s most expensive spices. Massive amounts of time coupled with difficult harvesting conditions. 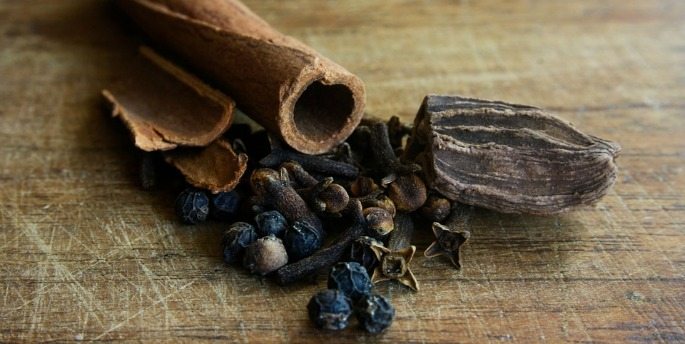 As you’re dropping a few cardamom pods into your curry, you’re probably adding a couple of cloves as well. They’re a bit more of a bargain than cardamom as you can get 30g for £1. Despite this, they’re still considered one of the most expensive spices around.

The first reason as to why these sharp spices cost so much is the same as saffron and cardamom: time.

Cloves also have to be picked by hand as they are only harvested when they reach a particular length. This need for a visual inspection means that clove harvesting takes an extremely long time.

The second reason that cloves are expensive is that the trees which produce the spice have a very low yield. The trees can produce around 3kg a year, which is very low considering that the cloves can only be harvested when they’re between 1.5-2cm.

Cloves are also one of the spices which are affected by weather conditions. The plants which you can harvest the cloves from are susceptible to changes in weather, which can mean their yield is unpredictable.

This one may surprise you. Seen alongside salt on every dining room table, black pepper has become one of the most expensive spices around. The price of this everyday condiment has skyrocketed by over 300 percent in the last five years.

The main reason as to why black pepper has become so expensive is due to the surge in demand. The need to season meat dishes has spread, especially in the east. With the supply of black pepper unable to fully keep up with this massive demand, the price has climbed.

With the demand and therefore the price steadily rising, the producers of pepper have to keep up. Black pepper is produced mainly in India and Vietnam.

The consumption of black pepper has exceeded production annually for the last few years. As the demand for black pepper soars, these two countries have to produce more than ever before.

When you’re setting the black pepper out alongside the salt with your dinner, keep in mind that you’ve got one of the world’s most expensive spices at your disposal.

Cinnamon is actually made up from the bark of multiple species of evergreen trees, depending on the subtype. There are two types of cinnamon that you’ll find in the shops: cassia cinnamon and Ceylon cinnamon.

Cassia cinnamon is the one you’ll probably find at a more reasonable price in the shops and as ingredients in sweets. It’s Ceylon cinnamon – often touted as the superior cinnamon – which will really set you back.

Ceylon cinnamon is one of the most expensive spices for the reason you’d probably expect. It takes massive amounts of time to produce. It needs to be harvested and then rolled into thin layers.

As you can imagine, this process takes a lot of time and visual inspection to perfect. Additionally, the best cinnamon is served fresh, meaning that you need to harvest the bark at the right time.

So next time you reach for the spice rack to add some flavour to your dish, take a moment to think about the costs. While it may not seem like a gold mine, you may be sitting on some of the world’s most expensive spices.

The most expensive spices have their costs for a reason, though. All of them require time and effort to produce. The amount of time and effort needed is reflected in the price; so if you’re after quality spices produced well, then you’ll have to pay up.

Aimee is an International Politics graduate and a foodie who loves being daring and trying new things. Passionate about reading and writing with aspirations to be a novelist, she keeps herself inspired by the saying: “I am, therefore I write.”
FSA warns Burnt Toast and Over Cooking may cause Cancer
How a Desi Diet and Calories can Help you Lose Weight