FSA warns Burnt Toast and Over Cooking may cause Cancer

Cancer warnings have been made about over-cooking foods. By over-cooking starchy foods, or even burning toast, this can release a cancer-causing chemical!

Over-cooking starchy foods such as chips or even burnt toast release a chemical. This chemical is called acrylamide and can possibly cause cancer.

As a result of this breakthrough, the FSA has developed a new campaign called ‘Go For Gold’. Its aim is to spread awareness of acrylamide.

The FSA also advised the public on how to combat the levels of acrylamide in their diets. The overall aim is to lower the risk of cancer.

The FSA has explained how acrylamide is created. Cooking food at extremely high temperatures for a long period of time releases this chemical. Over time, a large build-up of acrylamide in the diet is likely to cause cancer.

There are prime foods to watch out for, as they release the cancer-causing chemical. They include starchy foods, such as bread and potatoes. 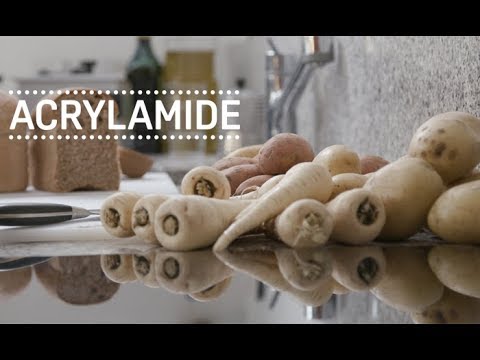 Therefore the FSA has created the ‘Go For Gold!’ campaign, with the help of Olympian Denise Lewis. After finding levels in acrylamide are too high in diets, the FSA want to change this. Dr Diane Bedford from the FSA says: “We would like them to be lower.”

Here are some steps to take:

Working Together to Tackle Cancer

It’s not just the public who are being warned about this cancer-causing chemical. Big companies, such as the Food and Drink Federation (FDF) are supporting the FSA with their campaign.

Denise Lewis has also been promoting ‘Go For Gold!’ and spreading awareness.

On the radio with @foodgov today, talking about how we can #goforgold to minimise #acrylamide when cooking at home pic.twitter.com/ESDkufSOEh

This news will be no doubt shock many. But by following these steps, everyone can tackle the levels of acrylamide in their diets. This may even encourage many to adopt healthier lifestyles.

And let’s be honest. Who enjoys eating burnt toast?

Sarah is an English and Creative Writing graduate who loves video games, books and looking after her mischievous cat Prince. Her motto follows House Lannister's "Hear Me Roar".
Best Asian Great British Bake Off Recipes
The 6 Most Expensive Spices in the World