Actress Mindy Kaling took part in a photoshoot shortly after her pregnancy but revealed she had to push through her own body doubts.

"Postpartum pandemic fabulous is what I like to call it.”

Mindy Kaling revealed that her body confidence issues almost stopped her from taking part in a post-pregnancy photoshoot for Vogue India.

The actress had just given birth to her second child, Spencer, now three months, when she did the shoot for the magazine’s December cover.

At the time, she was struggling with her body image.

“I was so excited to be asked to be the cover of Vogue India’s December issue but seriously nervous because I would have to shoot it six weeks after giving birth to my son Spencer.

“I was not feeling body confident, and even considered saying no.”

But Mindy later decided to go through with the shoot and is pleased with the results.

“Vogue surrounded me with talented and wonderful people, and now I’m thrilled I have these photos as a memento of this very specific time in my life.

“Postpartum pandemic fabulous is what I like to call it.” 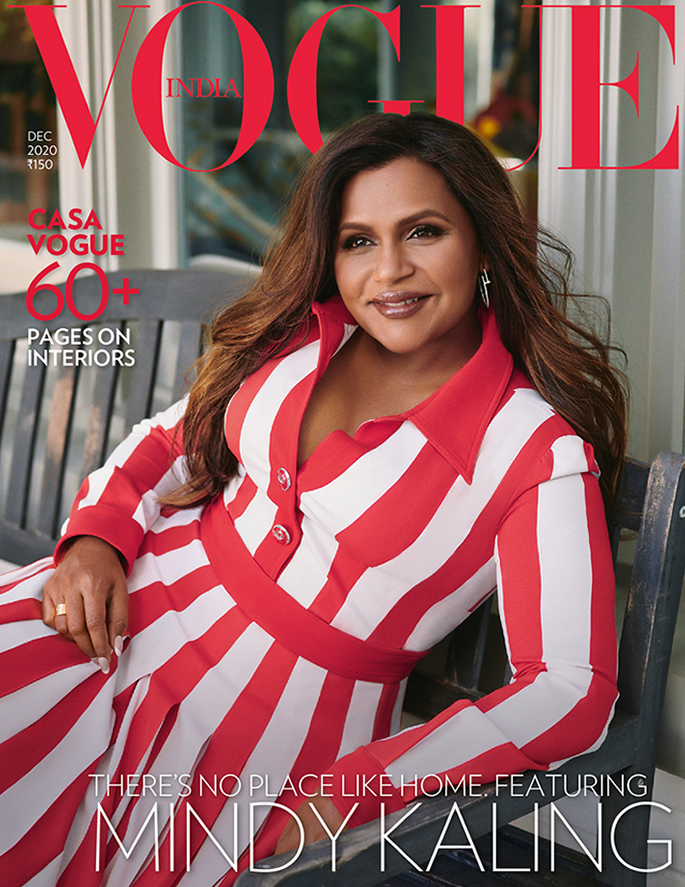 Mindy kept her second pregnancy a secret, only announcing the news in October 2020, one month after giving birth.

“I’m telling it for the first time now, it feels so strange. But I gave birth to a baby boy on September 3.”

Stephen replied: “No one even knew you were pregnant!”

Along with Spencer, Mindy has a daughter named Katherine, aged two-and-a-half years. The Mindy Project Star had also kept the pregnancy quiet until Oprah Winfrey announced the news.

In 2017, Mindy had said: “If anyone is going to announce big news about your private life, Oprah Winfrey is the person.

“You can’t complain that much about it. And you also can’t be like, ‘Hey, Oprah, zip it’ – because she’s almost like a religious figure.

“So if there’s one person I have to tell my daughter about that revealed her existence to the world, Oprah is pretty good.”

While Mindy Kaling overcame her post-pregnancy body confidence issues, she has spoken about her body image in the past.

In July 2019, she shared pictures of herself in various bikinis and encouraged other women to opt for the two-piece style.

Mindy wrote: “IDK who needs to hear this but… WEAR A BIKINI IF YOU WANT TO WEAR A BIKINI. You don’t have to be a size 0.”

Her inspiration stemmed from a trip to Hawaii.

She said at the time: “What I was struck about Hawaii is that everybody wears bikinis.

“It does not matter what your body type is. You rock a bikini. ‘Cause you’re in Hawaii!’

“There’s so much body positivity there that I, who was always really shy about my body, would wear bikinis.

“And it’s summertime, so I thought it’d be fun to do a little fashion shoot where I rock some high-bottomed bikinis!”