Are you ready for India’s first Porn-Com?

Bringing a slight twist to the infamous Kyaa Kool Hain Hum jodi of Tusshar Kapoor and Ritesh Deshmukh, director Umesh Ghadge, has decided to add a new addition to the Jodi, by replacing Ritesh with Aftab Shivdasani.

However, increasing the hotness quotient of the film are the glamorous actresses of the cast, which include controversial debutants Mandana Karimi, as well as Gizele Thakral and Claudia Ciesla.

Being one of the most talked about films of 2016, audiences are excited to see what this new genre of ‘Porn-Com’ brings to the Bollywood box office. 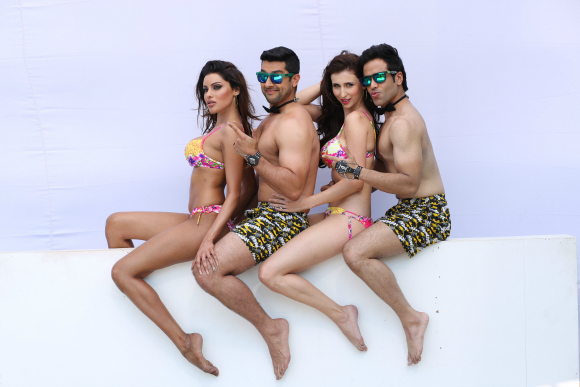 Tusshar wants nothing more than to fall in love. Soon after, he meets Mandana, a simple girl, who makes his wishes come true.

Known as ‘Sooraj Karjataya’ the conservative Indian father decides to meet Tusshar and his family.

Will Mandana’s father find out the truth? Will Mandana accept Tusshar the way he is? 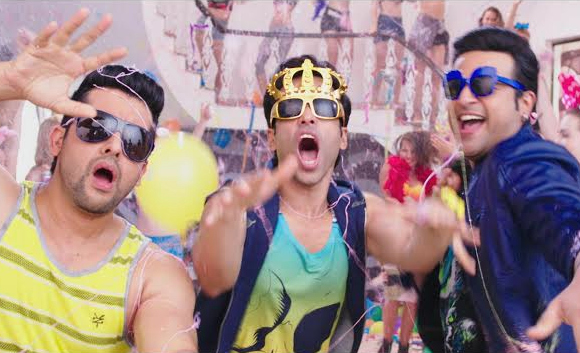 Since the first trailer of the film was released, most industry experts anticipated a strong reaction from the censor board. As expected, the film ended up with 34 cuts.

Tusshar went on to comment about the whole situation by saying:

“They [censor board] haven’t been soft. You all had published the news that our film has got banned.

“Actually our film has got passed after numerous screenings and the censor board has taken a very fair decision with our film. We’ve received the censor certificate while maintaining the film’s plot and flavour.”

He adds: “So it’s been a good and fair process, definitely not soft.”

With the censor board constantly being in the news for ‘unfair’ decisions, it’ll be interesting to see whether the audiences find the cuts fair or not. 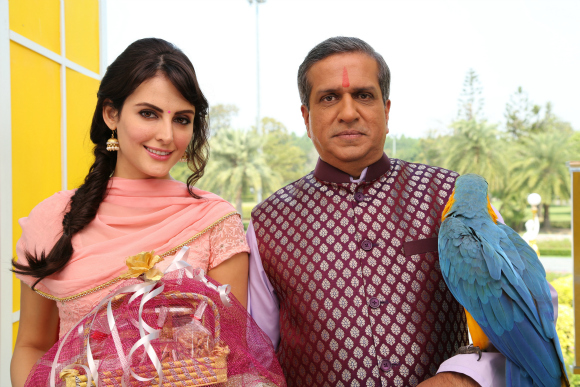 It will also be exciting to catch the brand new ‘bromance’ of Aftab and Tusshar on screen.

Aftab explained how he is excited for the upcoming release but is looking forward to the public’s reaction rather than critics’ review. He states:

“It’s quite clear that we are not making a path-breaking film. It’s an entertaining film with a different story. We are not expecting five stars for our film.”

“At the end of the day, box office numbers speak for itself. Whatever the critics’ reviews, it’s their individual opinion and they don’t speak for the entire public.”

With sex comedies generally making a good profit at the box office, Kyaa Kool Hain Hum 3 could continue this trend.

And f the 16 million YouTubes on the trailer alone are anything to go by, then Kyaa Kool Hain Hum 3 may even create its own box office records.

Already topping the charts with their music, Kyaa Kool Hain Hum 3 has a fun and upbeat album overall.

With only 4 tracks on the album, musical duo Sajid-Wajid have made sure they capture the essence of this fun comedy through their music.

Starting off, ‘Jawaani Le Doobi’ sung by Kanika Kapoor is a fun party song. The naughty lyrics, capture the genre of the movie well.

‘Oh Boy’ is a foot tapping number with quirky lyrics like: “Oh boy you’re my soft toy,” claiming to come across as a ‘feminist’ track.

In comparison, ‘House Party’ will definitely be on everyone’s party list. The loud bass and dance number is somewhat is reminiscent of Yo Yo Honey Singh, making it an entertaining track.

The title track ‘Kyaa Kool Hain Hum’ has a perfect balance of orchestral instruments and compliments the track well with Benny’s jazzy voice.

Being one of the best tracks in the album, the song will definitely be a hit with the audiences.

After being part of many successful sex comedies, audiences and critics are eager to see what the third instalment, Kyaa Kool Hain Hum 3 has in store for them.

Generally expecting negative reviews, trade analysts believe that the film will do fairly well at the box office.

So would you like to indulge in this guilty pleasure? Kyaa Kool Hain Hum releases on January 22, 2016?

British born Ria, is a Bollywood enthusiast who loves to read books. Studying film and television, she hopes to one-day produce good enough content for Hindi cinema. Her motto is: “If you can dream it, you can do it,” Walt Disney.
Sunny Leone is Sextastic on Bigg Boss 9
Black Celebs in Hollywood to boycott Oscars