The final week of Bigg Boss 9 grips the contestants and audience with a shocking elimination, and a much-welcomed visit from Sunny Leone!

"[Rishabh] has been entertaining, likeable and has proved himself."

With just one more week before the finale, the producers of Bigg Boss 9 attempt to push ratings with a surprise elimination.

Former Australian Big Brother contestant and Bigg Boss 9 wild card entry, Priya Malik, has been kicked out of the house.

She is the first finalist announced by Season 6 finalist Imam Siddique, but is already shown the door.

Speaking to Salman Khan on the show, Priya is hugely disappointed at narrowly missing out on the final:

“I guess being declared as the first finalist… that kind of back-fired. I think the audience must have thought that I am already a finalist.

“I would be lying if I say that [winning] was not my aim. I knew that it would be a great launch in the Indian TV industry and I am hoping that proves to be right.” 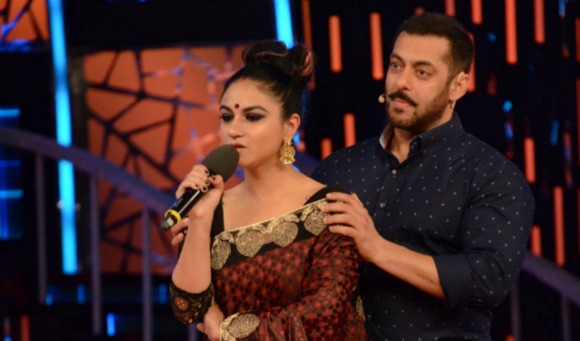 Priya also casts her prediction for the winner of Bigg Boss 9, adding:

“Rishabh. He deserves to win. He has been entertaining, likeable and has proved himself. He’s a genuine guy.

“At the end of the day, a ‘Bigg Boss’ winner should be all of this and more… So, definitely Rishabh.”

Bollywood stars, Sunny Leone and Akshay Kumar, descend upon the house for some fun and games. 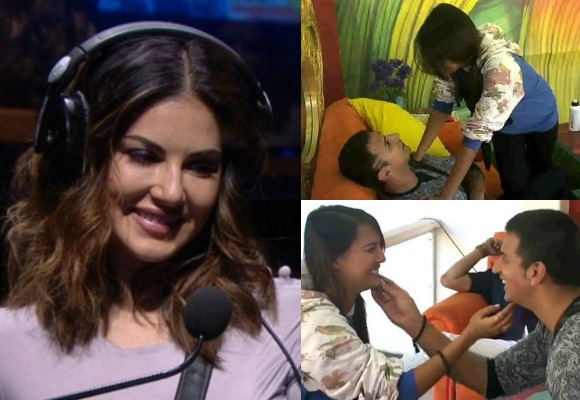 Here to promote her upcoming film Mastizaade, Sunny asks Rochelle to kiss all the pretty boys, except for Keith, and flirt with them as well.

Her next command for Rochelle is to do everything in her power to annoy Mandana. Well, that proves to be not much of a challenge as the Iranian beauty is easily frustrated!

Sunny keeps coming up with fun tasks by asking the boys to partake in a TV audition with interesting props and costumes, and making the girls do a carwash.

When Akshay and his co-star in Airlift, Nimrat Kaur, arrive at the house, they send the finalists on a rescue mission, where the boys play ‘knights in shining armour’ to save the girls who are tied with handcuffs and ropes. 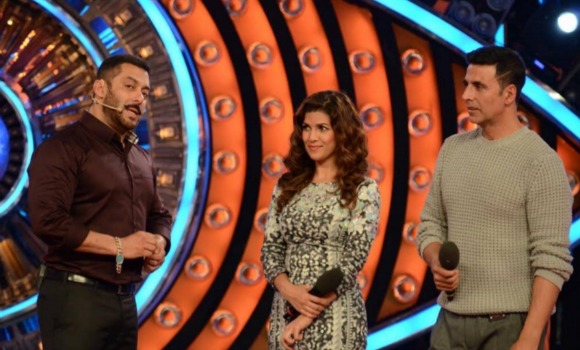 As audience and contestants are happily entertained, the heated race to win the lucrative prize is now truly on.

Mandana has emerged as one of the public’s favourite to win. Her supporters are actively campaigning for the model-actress on social media.

Avid fan Avijit Goon describes Mandana as ‘real, genuine, strong, straightforward’ and commends her for being a ‘real fighter and beauty with brain’.

Another fan, Simran Kaur, says: “Nobody can take Mandana out of #BiggBoss9, Not Ekta Kapoor n not even Salman khan because JANTA is backing her so she is going to win.”

Producer Ekta Kapoor has been looking to take legal action against Mandana for violating her contract terms by appearing on Bigg Boss 9 and hence failing to promote Kya Kool Hain Hum 3. 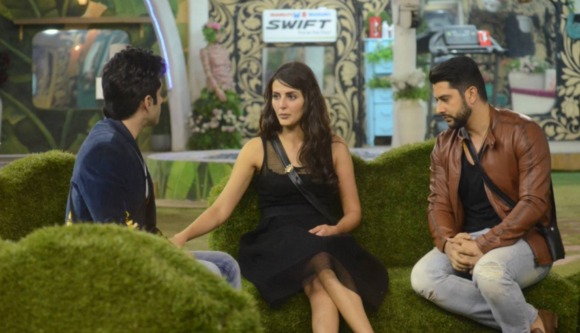 Aman Gill, the CEO of Balaji Motion Pictures, comments: “Mandana has become an audience favorite in the Bigg Boss house and we are very happy with her huge popularity and likeability.

“However, our film is releasing next Friday (January 22, 2016) and we need her to be a part of the promotions. We are going to do everything we can to get her out of the house.

“Ekta will be personally speaking with her via video call and Tusshar [Kapoor] will be entering the house today to share our displeasure with her, only after that will we know our next course of action.”