Kim Kardashian is set to break Indian Television after it has been confirmed that the reality TV star will make a very special appearance on Bigg Boss 8 on November 22, 2014.

Reality superstar and America’s most talked about celebrity, Kim Kardashian is set to blow the roof off the Bigg Boss house as part of a special appearance in her first visit to India.

The reality star who has already ‘broken the Internet’ with her nude pictures for Paper magazine will now visit the most televised house in India for an extra special edition of Bigg Boss 8.

Kim, who appears to be just as excited about visiting India as we are, reportedly exercised her burgeoning Hindi skills in a statement, saying: 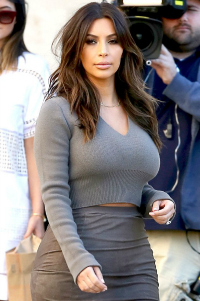 The dark-haired buxom beauty is sure to stop traffic and turn heads when she arrives in India. Speaking about Kim’s visit, director of Wizcraft International Entertainment Andre Timmins said:

“It gives us great pleasure to welcome and facilitate Kim Kardashian’s maiden visit to India. We are confident that our country and its people will play excellent hosts to this international superstar.”

Kim is the latest in line of a series of international celebs who have entered the show over the years, including Jade Goody in the first ever Bigg Boss show and Pamela Anderson who stayed for several days in Bigg Boss 4.

Kim is also reportedly excited to interact with the  12 remaining contestants and will share tips and advice with them. She also plans to play dress up with some native attire and learn a few Bollywood dance moves. We’re pretty sure that with her curvy figure and kohl-lined eyes, she will give all the Bollywood heroines a run for their money! 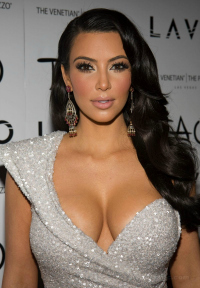 The 34 year old is popularly dubbed as the ‘Queen of Reality TV’ for spearheading her hit show, Keeping Up With The Kardashians which has turned her family into TV royalty.

And it will be even more interesting to see how she interacts with Bollywood superstar and ‘King of the Box Office’ Salman Khan when she makes her visit on November 22, 2014.

It is clear that despite the fervour of celebs in the past, the presence of Kim Kardashian is just what the Bigg Boss house needs to boost their TV ratings and propel the show onto a global scale.

Already the most talked about TV show in India, the reality programme has seen a dip in ratings this season, and with rumours flying around of which controversial star will guest appear to shake things up, our questions have finally been answered.

After all, Kim Kardashian in the Indian Big Brother house? That sounds like a recipe for crazy masala-infused TV viewing goodness.

Kim will make her guest appearance bar hubby Kanye West and daughter North. We’re pretty sure they’ll be watching the show from America along with the rest of the world! Make sure you catch Kim on Bigg Boss 8 on November 22, 2014.

Aisha an English literature graduate, is a keen editorial writer. She adores reading, theatre, and anything arts related. She is a creative soul and is always reinventing herself. Her motto is: “Life is too short, so eat dessert first!”
Govinda leads Ranveer and Ali in Kill Dil
Shahrukh and Salman reunite over Arpita’s wedding