Kangana Ranaut’s Twitter account has been “permanently suspended”. Both the actress and social media platform have released statements.

Kangana Ranaut’s Twitter account has been “permanently suspended” after the actress posted a series of tweets in relation to the West Bengal assembly election results.

She had also posted a video message where she insisted on President’s rule in the state.

A spokesperson for the social media platform said:

“We’ve been clear that we will take strong enforcement action on behaviour that has the potential to lead to offline harm.

“We enforce the Twitter Rules judiciously and impartially for everyone on our service.” 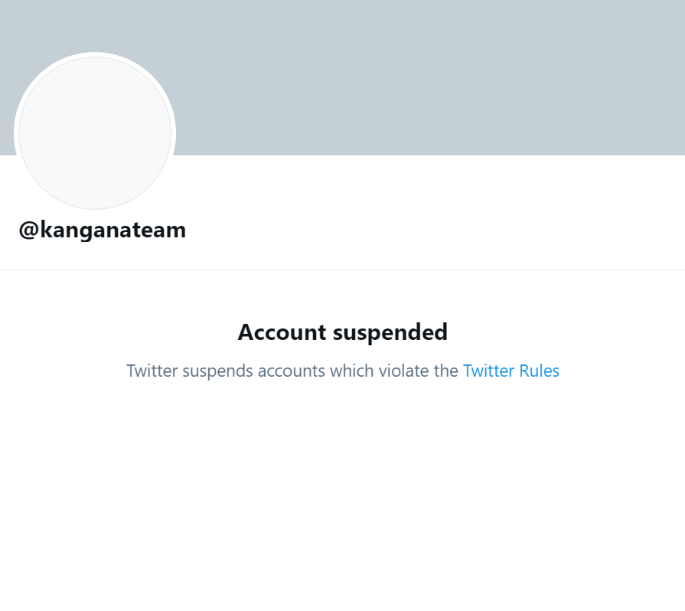 After being suspended from Twitter, Kangana reacted and said in a statement:

“Twitter has only proved my point they are Americans and by birth, a white person feels entitled to enslave a brown person, they want to tell you what to think, speak or do.

“Fortunately I have many platforms I can use to raise my voice including my own art in the form of cinema.

“But my heart goes out to the people of this nation who have been tortured, enslaved and censored for thousands of years and still there is no end to the suffering.”

Kangana first made her way onto Twitter in August 2020. She had shared a video and had said:

“I have seen how the entire world came together to fight for Sushant Singh Rajput and have won.

“So, this makes me feel positive about its power to bring the reforms we want for a new India. So, this is why I have joined social media.

“I need your support in this journey, and I am looking forward to this journey to build new relationships.”

However, her tweets have often attracted attention and this is not the first time that she has been penalised by Twitter.

In early 2021, Twitter India removed several of Kangana’s posts after she posted a tweet against the Amazon Prime Video series Tandav.

Kangana had said that it was “time to take (the makers’) heads off’ for hurting religious sentiments”.

At the time, a Twitter spokesperson said it was in violation of the platform’s Abusive Behaviour Policy.

The spokesperson said: “We prohibit content that wishes, hopes or expresses a desire for death, serious bodily harm against an individual or group of people and take enforcement action when we identify violations which could include placing an account in read-only mode.”

She has regularly used the platform to make outspoken statements, whether it is about a particular issue or about a fellow actor.

Dhiren is a journalism graduate with a passion for gaming, watching films and sports. He also enjoys cooking from time to time. His motto is to “Live life one day at a time.”
Kriti Sanon says Public Figures face more ‘Judgement’
Priyanka Chopra raises £230,000 for Covid-19 relief