Following the suspension of her Twitter account, multiple Indian fashion designers have pledged to never work with Kangana Ranaut again.

“We as a brand do not support hate speech.”

Multiple Indian fashion designers have made the decision to boycott Kangana Ranaut following her suspension from Twitter.

Ranaut’s suspension came after she posted a series of tweets in relation to the recent West Bengal election results.

As a result of Ranaut’s Twitter suspension, Indian fashion designers have decided to boycott the actress.

They have removed all previous collaboration posts with the actress and pledged not to have any further association with her.

Designer Rimzim Dadu shared a post on social media, informing her followers that she is no longer collaborating with Kangana Ranaut. 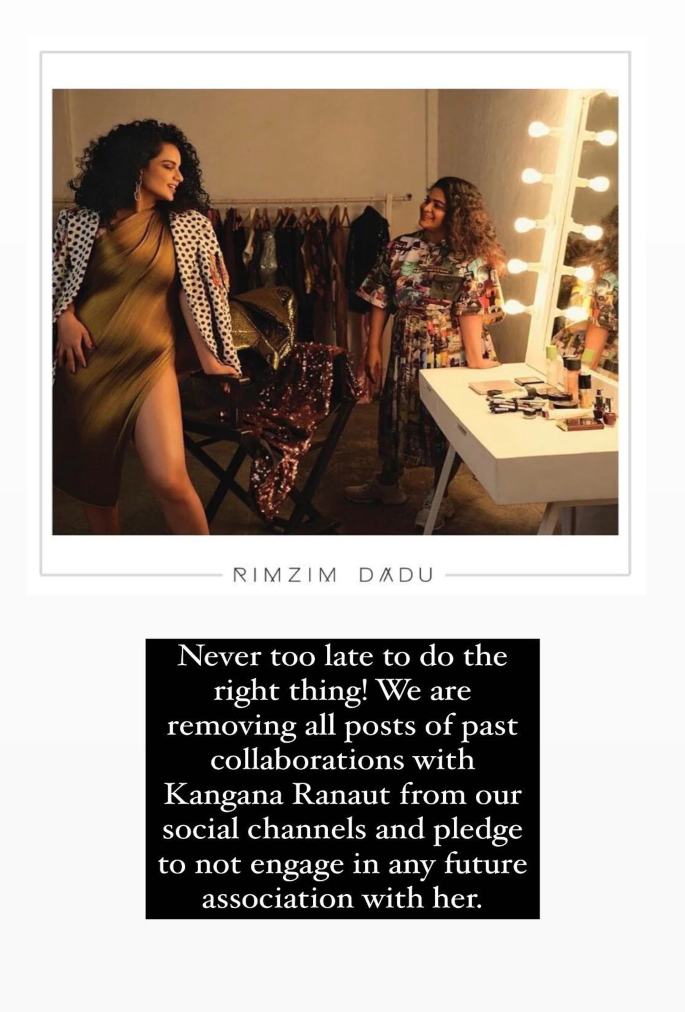 The post read: “Never too late to do the right thing!

“We are removing all posts of past collaborations from our social channels and pledge to not engage in any future association with her.”

“In the middle of this pandemic when there’s already a lot of devastation and suffering, we need to look after each other irrespective of which side of the political spectrum we stand.

“In that light, I just didn’t feel it right that anybody, including celebrities, should remotely insinuate violence.

“Violence in any shape and form against anybody should be condemned.”

Designer Anand Bhushan agreed with Dadu’s beliefs and has also taken to social media to announce that he has cut all ties with Kangana Ranaut.

“In view of certain events today, we have taken the decision to remove all collaboration images with Kangana Ranaut from our social media channels.

“We also pledge never to be associated with her in any capacity in the future.

“We as a brand do not support hate speech.”

Also speaking to Times of India, the Delhi-based designer said:

“My brand and me don’t support any hate speech of any kind. Calling for the Gujarat Riots of 2002 to happen again on Twitter by her was the lowest of the low.

“I do not wish to be associated with this viewpoint at all and totally condemn it.”

In a statement reacting to her Twitter suspension, Kangana Ranaut did not seem deterred, saying that she still has “many platforms” to voice her opinions.

However, her sister and manager Rangoli Chandel has decided to take action against Anand Bhushan for his claims against her.

Bhushan said that he would never collaborate with Ranaut again, and his declaration has received a lot of traffic.

But Chandel argues that Ranaut has never collaborated with him, and just wore his clothes for a fashion cover shoot.

She also slammed the fashion designer for trying to be famous through her sister’s name, referring to him as “small-time”. 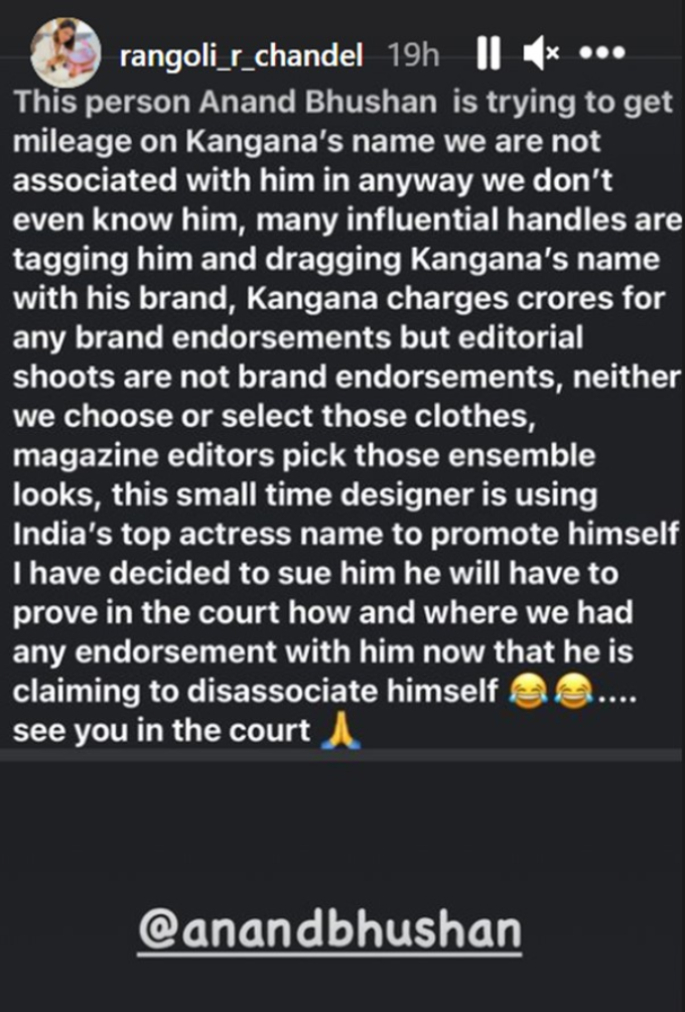 “This person Anand Bhushan is trying to get mileage on Kangana’s name.

“We are not associated with him in any way, we don’t even know him, many influential handles are tagging him and dragging Kangana’s name with his brand.

“I have decided to sue him. He will have to prove in court how and where we had any endorsement with him now that he is claiming to disassociate himself… see you in the court.”

Until recently, Twitter has been Kangana Ranaut’s platform of choice to speak out on various issues.

Now, it seems as though she will have to find another one.