Justin Bieber and TikTok star Riyaz Aly had a discussion about India’s Covid-19 situation during a recent Instagram live session.

“Covid is still going on. Like, a crazy thing is going on.”

During the live session, the singer interacted with Riyaz Aly.

Riyaz joined the singer’s live session for a little chat and this video caused a frenzy among his fans.

The moment Riyaz joined Justin, they both exchanged pleasantries and asked each other how they were doing.

Fans even got to see a little fanboy moment as Riyaz went gaga over his music.

During the discussion, TikTok star Riyaz Aly joined him to interact about the ongoing Covid-19 crisis in India.

The Canadian pop sensation joined from his home in the US and discussed situations pertaining to the ongoing pandemic.

A video shared on Instagram, on November 21, 2020, gave a glimpse into the interaction.

In reply to Justin, he responded: “Covid is still going on. Like, a crazy thing is going on.”

When the singer asked if people are wearing masks, Riyaz replied in the affirmative.

Several fans were excited to see the two stars interacting in the live session.

They were quick enough to express their reactions in the comments space under the post.

One user wrote: “Without a filter, Riaz looks so chocolaty.”

Another expressed: “Omg he is talking to Justin Bieber wahh.”

He is well known for his lip-sync TikTok videos with a following of 26 million fans. 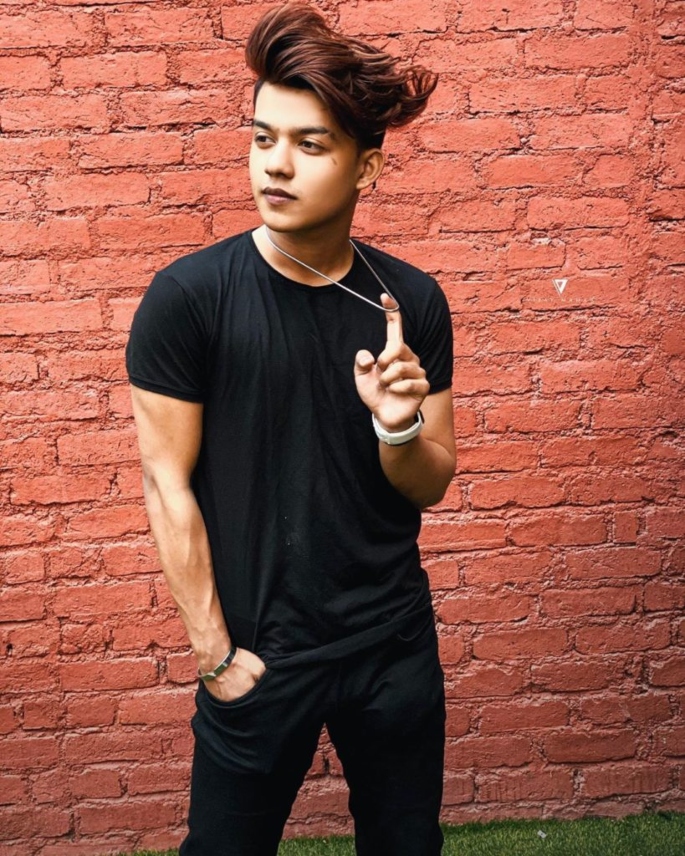 This is the maiden collaboration of the two popular song artists.

Both the musicians have spoken of the pedestals of fame and pitfalls.

Though their approaches are largely distinguished, they focus on their fears of fame and success and confronting their demons.

The song is part of Shawn’s upcoming studio album, Wonder, releasing on December 4, 2020.

Directed by Colin Tilley, the official music video of ‘Monster’ is produced by Jack Winter.

Justin Bieber and Shawn penned the lyrics with Daniel Caesar, Frank Dukes, and Mustafa, the Poet.

Prior to the pandemic, the singer planned a world tour to celebrate the launch of the album.

However, considering the circumstances, and with the deepest concern for all those being affected, Justin Bieber announced that he is postponing all his 2020 concerts.

He even released a statement on Twitter where he did not mention the rescheduled dates of his concerts but the pop singer asked his fans to hold on to their tickets.

Akanksha is a media graduate, currently pursuing a postgraduate in Journalism. Her passions include current affairs and trends, TV and films, as well as travelling. Her life motto is 'Better an oops than a what if'.
Google, Facebook & Twitter Threaten To Leave Pakistan
WhatsApp’s Disappearing Messages Feature goes Live in India