3D films being released by Hollywood are becoming the norm and now Bollywood is turning its attention to this format. The first 3D Bollywood films are in production and JOKER is going to be the first ever film made in 3D.

Akshay's role will be 'larger than life'

Shirish Kunder the multi-talented husband of director Farah Khan has confirmed that they are embarking on making the first Bollywood film in 3D, called JOKER. The lead male role for the film will be played by Bollywood action star, Akshay Kumar.

Kunder confirmed on his Twitter account that he is making the film, he tweeted, ‘Yes we are making JOKER in 3D.’

Speaking about the changes to the film, Shrish said in a recent interview: “I have changed it and reworked the entire story of the film. The new Joker, since I had the rights to the name, will be like any other commercial Bollywood pot boiler, but one thing for sure is that Joker will differ in terms of its innovation, unlike anything what we have seen till date.” 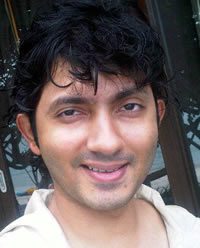 Shirish has been inspired by the success of James Cameron’s Hollywood blockbuster ‘Avatar’ and saw lots of scope to utilise the techniques for the visuals of JOKER in terms of live animation.

However, Shirish is not looking at using CGI (computer generated imagery) for the film as used in Avatar. The way Avatar was made is not fully applicable to Kunder’s project. “Using the camera James Cameron developed will not be a suitable option. For my film, we will use the available stereoscopic camera since with that we can shoot the entire project in 3D, like shooting a normal film.” he said talking about the camera options.

When Kunder was asked about why he chose to do a movie specifically in 3D, he replied, “Coming to the whole 3D aspect of the film, if we look back it was always there, but seldom used for the sole reason that we didn’t have the right technology to screen and view the film.”

“Simply put with the advancements today with LED 3D television, it becomes more effective and sensible to make a film in 3D.”

The film will have lots of stunts and action in it. So, Akshay Kumar was an ideal choice for the lead actor. However, originally Akshay was sceptical about the film but after seeing a 3D poster in 3D glasses produced by Kunder for it, he immediately wanted to be part of this exciting, innovative and first 3D project in Indian cinema. And Kunder says that Akshay’s role will be ‘larger than life’ in the film.

Since Shrish is a composer he will be producing some of the tracks for the film and says, “It will be a mix of various music directors, and yes since I have also started composing I will also pitch in with a few tracks.”

Kunder is keen to utilise skills home-grown skills for the project instead of using a technical team from the West. He strongly feels that the production needs to show-off the talent that India has to offer to make such a film.

Pre-production for the film has started and the shooting schedule for JOKER will commence January 2011 onwards. It will be mainly shot in India. 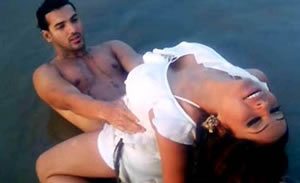 Pooja is very excited about the project and is midst of writing the script. The film will deal with betrayal and suspense. It’s reported that the film will contain 3D based explicit love-making scenes which is another reason why the 3D format has been chosen. It will be the first adult Bollywood film to be shot made in 3D.

Bollywood does not want to be left behind in the technological revolution of cinema and it is evident from these projects that it wants to show the world that it has the technical ambitions and skills to prove this point.

Amit enjoys creative challenges and uses writing as a tool for revelation. He has major interest in news, current affairs, trends and cinema. He likes the quote: "Nothing in fine print is ever good news."
John Abraham gets Jail sentence
Bipasha Basu in first Hollywood film