Bipasha Basu is set to play her first Hollywood role. In her first English language film, she will be acting opposite Josh Hartnett in an Anglo-Indian historical movie called, Singularity.

Bipasha Basu is to star in the Hollywood film ‘Singularity’ opposite Pearl Harbour star, Josh Hartnett. Bipasha has beaten Kareena Kapoor and Sonam Kapoor (both said to have been offered Hollywood roles) in securing a part in a Hollywood film.

Ever since Aishwarya appeared in Pink Panther 2, Hollywood interest in Bollywood actresses increased. Several Indian actresses were rumoured to have been offered casting opportunities by Hollywood. Kareena Kapoor was considering a role in Chimera but did not have time to do it. Sonam Kapoor was reputedly in talks with Ben Stiller. She was also offered a role in new film set in India called Das directed by Sophia Loren’s son. There was also a surprising Hollywood debut for Mallika Sherawat who has a role in the film ‘Hisss.’

Singularity is set in the first Anglo-Marathi war in the 18th Century. It tells the story of a love affair between a British Officer and an Indian woman. The film is set across two time frames where a present day British marine biologist can only rescue his girl friend from a wrecked British ship with an ancient ring which links them back to the 1780’s British Raj and a long lost romance.

Singularity is directed by Roland Joffe, the English-French director famous for City of Joy, The Killing Fields and Captivity. Bipasha plays a Marathi she-warrior called Tulaja, in the film. Her role involves a romance with Josh Hartnett.

The film also stars Abhay Deol who will play Bipasha’s childhood friend. A plethora of Hollywood A listers are also in the film including Bond girl Olga Kurylenko. 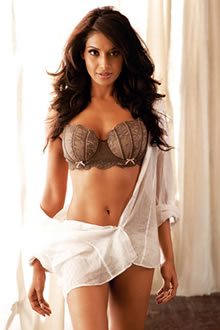 Bipasha was offered the role after bumping into the director at the Taj Land’s End Hotel in Bandra. Although reports also say that the actress was introduced to the director in London by a mutual friend. Roland Joffe was in India in September casting for the film. Bipasha will start shooting with Josh Hartnett towards the end of November 2010. Most of the film will be shot in India.

Bipasha told an Indian newspaper reporter in an interview that she was excited to be in her first international film and had butterflies in her stomach like it was her first day at school. She is required to do strenuous training in horse riding and underwater swimming for the role.

Bipasha is looking forward to working with international stars from America and Australia “under the guidance of a really good and credible director.” Regarding her first Hollywood role, Bipasha tweeted on Twitter:

The script for Singularity has been written by Ajey Jhankar, a renowned Marathi film producer. He has made films such as Sarkarnama and Lekru. The story revolves around the Sahyadris of Western Maharashtra and the Battle of Wadgaon, 1779. During this battle the Marathas won a victory over the British.

The film has a budget of over $41 million. It will be shot in Gwailor. Costumes will be created by the costume designer from Braveheart who will create an authentic Maratha look. 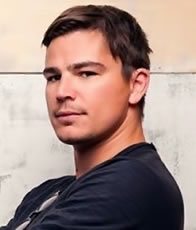 There are already criticisms of the film from historians. They believe the film promotes the glorification of James Stewart, a British officer played by Hartnett. In the 18th Century the British glorified Stewart as a man who single handedly fought the Indians to hide their defeat in the Battle of Wadgaon. He was named the Ishtur Fakda. The contribution of Maratha warriors like Mahadji Shinde was ignored. In reality, Stewart was killed 10 days before the end of the battle. Joffe has kept Stewart’s role in the film under wraps giving little away as to how the story will end.

One historian has written to the Indian government asking for the film to be banned. He has described Jhanker as being hand in glove with the Americans and writing a biased history of the Anglo Maratha war. SM Garge another Maratha historian who was originally consulted later withdrew his involvement because he felt the film distorted history.

Despite protests, filming is underway. This film aims to be the first Hollywood to bring Anglo-Indian history to the limelight. It will certainly be interesting to see a Western portrayal of Indian historical events in an international film.

Singularity will fit into the same category of adventure films like Indiana Jones and aims to bring new audiences to an Indian subject. The film hopes to draw both Indian and international crowds.

S Basu wants to explore the place of Indian diaspora in a globalised world in her journalism. She likes being a part of contemporary British Asian culture and celebrates the recent flourishing of interest in it. She has a passion for Bollywood, Art and all things Indian.
JOKER to be first 3D Bollywood film
Javed Akhtar banned by the FFI