Javed Akhtar banned by the FFI

Copyright law for Bollywood lyric writers, composers and performers is on the brink of change, thanks to the unprecedented lobbying of Bollywood maestro lyricist Javed Akhtar. But Bollywood film makers and producers are not amused, and have already banned Akhtar from the Film Federation of India.

"The days of Jagirdari In music industry are over"

The iconic Bollywood lyricist, Javed Akhtar, has been shunned by the Film Federation of India (FFI) as the person causing a divide in the industry over copyright law. The legendary writer has been lobbying in the Indian parliament for fairness in royalty shares for writers, composers and singers.

Recently, a Parliamentary Standing Committee made recommendations on the proposed Copyright Amendment Bill, 2010 which said that producers should share profits obtained from music rights with lyricists and composers. 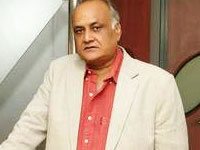 This move by Javed has not gone down well with the FFI, and the elected president, T.P. Aggarwal, has advised members of the film federation to not employ the lyrical services of Javed Akhtar. Aggarwal argues that the producer of a film takes the maximum risk and therefore, should have the maximum return. And if writers were to receive royalties highlighted by Akhtar then they should bear the risk too.

If the proposed amendment to the bill takes place, it will introduce a major change in how income is distributed from Bollywod and regional films, giving support to Javed Akhtar’s proposition. Javed Akhtar tweeted on the issue saying: “the new law gives 75% of royalty to the producer 12.5%. to writer. 12.5% to composor but some producers Want 100% Greed knows no end.” 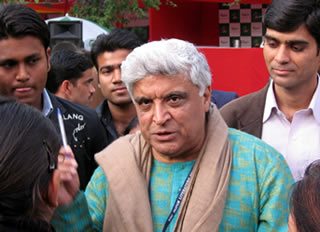 The current splits in income are not fair and hence, the reason why Akhtar wants this corrected. “In an average Hindi film 50% or more of the budget is the star’s fee an average writer doesn’t get even 1%,” he said via Twitter.

Standing by his cause, Javed says: “The days of Jagirdari In music industry are over. Authors / composers will no longer have to sign away all their rights and royalties.”

Film makers from Bollywood and regional cinema have decided to step up their protest against the proposed amendment to the copyright law. A strike and protest march has been planned for 6th January 2011. Reports say that if the government ignores the stance of the producers, they may consider on going action of strikes and protests for a long time.

“We have made several representations to the government to consider our demand to roll back the amendment proposal. As the matter has still not been sorted, we have decided to step up our protest.”

Mukesh Bhatt, vice-president of the Film and Television Producers Guild of India reacted to the issue and said: “It is unfortunate that the government is supporting a populist agenda at the behest of some influential lyricists.” Naturally, Bhatt was referring to Javed Akhtar in his statement. 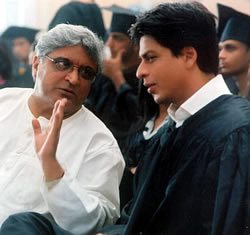 The way Hollywood works is that an actor works as a partner in a film project incurring losses and earning a percentage of the share of profits. It’s sensible, it’s fair and fully supports the creative process. This kind of system is not present in Bollywood but would definitely introduce much more fairness.

Another well known Bollywood lyrcist is Sameer, he said: “The copyright law, which seeks a share in the profits for the creative team, exists in film industries worldwide. So why are our producers opposing it?”

The royalty sources that Javed wants to come to writers, composers and singers are from radio, ring tones etc. The actual film earnings will still go only to the producer. Therefore, it is evident that the producers are getting far more of the cake currently. Javed says: “these royalties are not connected with any film’s success or failure because they are not From films but from other sources.”

Interestingly, even small time producers are making noises against Akhtar, for example, Kamaal R Khan actor and producer of Deshdrohi (Hindi) said on Twitter: “Now Javed sahab we will show you our power on 6th jan. 2011 in Delhi. And i request 2 all the producer to not work with trouble makr writers.” 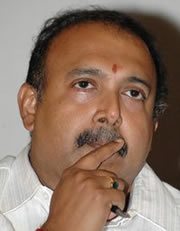 FFI vice president, Ravi Kottarakara said: “We have taken a decision at Film Federation of India that we will not work with him (Javed Akhtar), since he is being a part of the film industry – he is a lyricist, a great writer and a great man – he should understand our problems. In fact without understanding our problems, he has gone for the Copyright Amendment Bill, which is against the interest of the producers.”

Reacting to the FFI wishing to ban Akhtar from writing lyrics for FFI members, Javed said: “They can ban an individual but not an idea whose time has come.” Showing his determination to get the changes introduced, Javed said: “I don’t care. Honestly I don’t care – it’s almost not important. At most they will not give me any work. But that’s not the issue. Alright, so I won’t be there. So what? Whoever else is there you have to pay royalty to that person. That is important.”

Javed Akhtar has penned some of the biggest hits in Bollywood songs and is not someone who gives in easily to his cause. And evidently, the Bollywood producers are not likely to make it easy for the royalty law to be passed. If it does, it will give writers, composers and performers a much more fair share of income and they will owe it to the determination of Javed Akhtar.

Amit enjoys creative challenges and uses writing as a tool for revelation. He has major interest in news, current affairs, trends and cinema. He likes the quote: "Nothing in fine print is ever good news."
Bipasha Basu in first Hollywood film
Autumn (Harud) by Aamir Bashir