After acting in a string of Bollywood movies, Aamir Bashir has turned to directing to realise his dream to make a realistic film about Kashmir. Using real people as actors, ‘Autumn’ (Harud) tells the story of loss, survival and everyday living in the war torn province of South Asia.

"I made the film and the film made me"

The independent film ‘Harud’ known as “Autumn” is the debut film made by Aamir Bashir, the director of the film.

Bashir was born and raised in Kashmir and is the son of the retired Chief Justice of Jammu High Court. He is a graduate of St. Stephen’s College University of Delhi. Although Bashir has a degree in History then Law, his heart has always been in film. 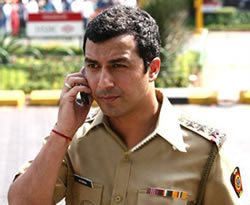 Prior to directing, Bashir has acted in a number of Bollywood films. He made his film debut in the 2003 film Armaan. He has starred in other films including the major hit film Peepli Live (2010) playing Vivek, Raat Gayi Baat Gayi (2009) as Prasad, A Wednesday (2008) as Police Inspector Jai Pratap Singh, The Great Indian Butterfly (2007) playing Krish and Pyaar Ke Side Effects (2006) as Kapil Sharma.

Aamir decided to move into directing when the concept for Autumn (Harud) came about in 2003. The screenplay for the film took about four years and the shoot for it took only about 31 days in 2009.

Choosing the cast was an important aspect of the film. Bashir wanted people from Kashmir to play the roles and not known actors from India. This would add the ‘realism’ he wanted for the atmosphere of the film. He says:

“I always from the beginning wanted local actors. Actually they are not actors but first time amateurs who were facing the camera for the first time.”

He adds: “The way I wanted to make the film was not performance orientated. So, I want not after actors to give me a performance.”

The cast Bashir selected consists of four main characters in the film. Reza Naji who plays ‘Yusuf,’ Shanawaz Bhat as ‘Rafiq,’ Shamim Basharat as ‘Fatima’ and Salma Ashai as “Shaheen.” 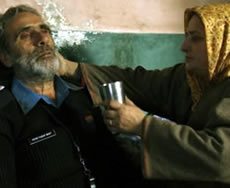 Reza Naji was born in Tabriz in 1942 and began his artistic career when he was twenty. His breakthrough role was in “Children of Heaven” directed by the renowned film-maker Majid Majidi. In 2008 he won the Silver Bear at the Berlin film festival for his performance in the film “Song of Sparrows.”

The story set in the struggles of Kasmir and revolves around Rafiq and his family who find it hard to come to terms with the loss of his older brother Tauqir. As a tourist photographer, Tauqir disappears. He is one of the thousands of young men who have disappeared, since the onset of the militant insurgency in Kashmir. After an unsuccessful attempt to cross the border into Pakistan, to become a militant, Rafiq returns home to an aimless existence. Until one day when he accidentally finds his brother’s old camera.

We met up with Aamir Bashir for an exclusive interview about his film and his career both as an actor and director. Find out what he told us in the video interview below.

One of the symbols in the film are those of the phone. In one scene the camera focuses on a queue of people waiting to phone home. Aamir Bashir says: “Mobile phones were introduced in Kashmir in 2003. Seven years after they were introduced in India.” Indicating that those people that didn’t have a mobile phone had to wait so long to use the ordinary phones. He says: “I saw this desperation for people to acquire this gadget.” Because the importance of mobile phones were seen as important as a bullet proof jackets to many. 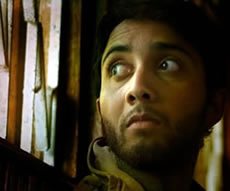 In the film, Rafiq starts capturing photos and experiments his photography elsewhere around his area. He photographs the river. As he does, passing security officers see him using his camera. Aamir Bashir says: “filming and photography in Kashmir was highly restricted in many areas because of the strict laws and politics.” So, the story depicts the sensitivity associated with Rafiq and his camera.

“No one trusted anyone in Kashmir,” says Aamir Bashir. Implying that it is very difficult for any one to be close to anyone unless you really know them well enough to be trusted in any manner. Authorities are the most untrustworthy and hardest to please in a war-zone place like Kashmir.

Bashir says that the film “Autumn” was a great inspiration to him, “I made the film and the film made me,” he says. He realised his dream to make a real life docu-film about Kashmir with ‘Autumn’ showing the harsh realities faced by ordinary people in their daily lives.

Aamir’s film, “Harud” conveys a variety of emotions. It is a must-see film with a vested interest in making you experience life in today’s Kashmir.

Smriti is a qualified Journalist with an optimistic take on life, enjoying sports and reading in her spare time. She has a passion for arts, culture, bollywood movies and dancing - where she uses her artistic flair. Her moto is "variety is spice of life."
Javed Akhtar banned by the FFI
IIFA 2011 will be in Toronto