An Eros web series about Prime Minister Narendra Modi is to release in 2019 and one of the stars from TV show Ishqbaaz will be playing the PM. Find out who?

"The PM's story is the biggest star."

A web show about Prime Minister Modi has been created by Eros Now and Mahesh Thakur, star of Ishqbaaz will be playing the PM.

People may have a divided opinion on Modi but one thing that cannot be denied is that he has a huge following.

His following is so much that the entertainment industry is keen on exploring the leader’s life in different forms.

Omung Kumar is directing the upcoming Modi biopic, titled PM Narendra Modi and Vivek Oberoi will be in the lead role.

There is no confirmed release date but there is a web series that is set to release in April 2019.

The poster for Modi was released and Mahesh Thakur will take up the role of the leader.

Mahesh is best known for his television roles in Shararat and Ishqbaaz among many others.

The series will focus on the life of PM Modi during his younger years before concluding with him taking oath as the Prime Minister of India.

Eros Now released some stills from the 10-part series on their social media pages. 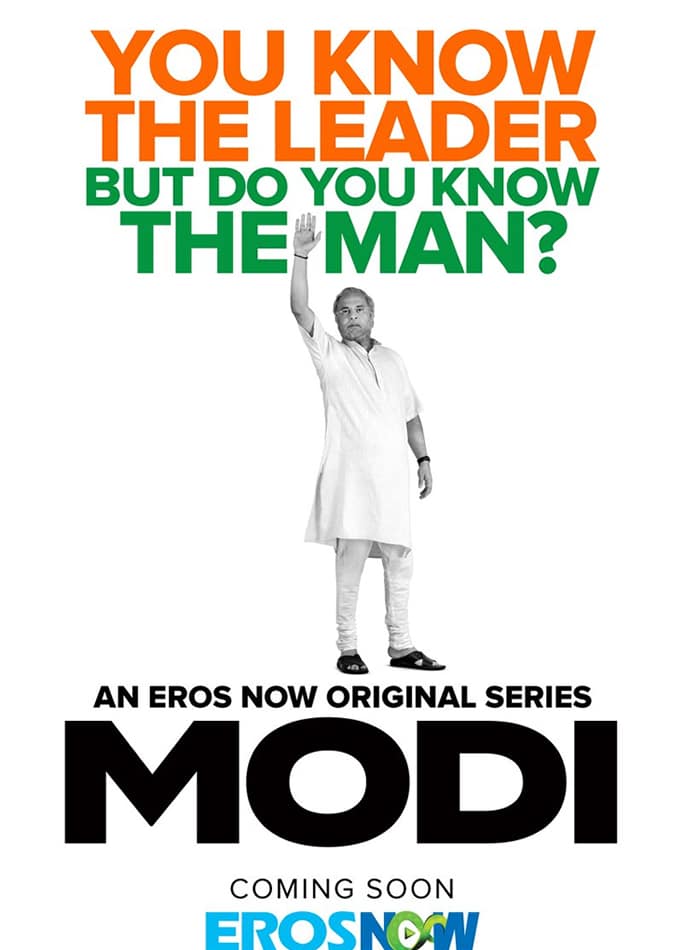 The series has been directed by Umesh Shukla, who received recognition for his 2012 film Oh My God.

It has been shot in rural Gujarat, Siddhpur and Vadnagar where Modi grew up.

Thakur will play Modi after his appointment as the Chief Minister of Gujarat. Ashish Sharma will portray a younger Modi.

Modi will feature good performers rather than an all-star cast as Shukla explained:

“The PM’s story is the biggest star. If we cast a known face, the viewer will not connect with the story and search for the actor.

“So, we have cast good actors instead.”

Shukla went on to say that the project was “silently” under work for over a year.

Ashish shared his excitement about playing the Indian Prime Minister:

“I am honoured and elated to portray this journey of this ordinary young boy into becoming this extraordinary magnanimous leader that we have today, who is none other than Narendra Modi, PM of the largest democracy. And, I am really excited.”

Shukla added: “It was lovely to take on a project which came with a responsibility to narrate the life of the leader of new India and I am sure each episode of the 10-part original series will be a revelation for the audiences.

“His growing-up years, brave decisions and roles at different phases of life make for an incredible story.”

Each episode of the 10-part series will range from 35 to 40 minutes and will premiere in April 2019.

Dhiren is a journalism graduate with a passion for gaming, watching films and sports. He also enjoys cooking from time to time. His motto is to “Live life one day at a time.”
Aamir Khan to Star in Bollywood remake of Forrest Gump
PTC Punjabi Film Awards Winners 2019