Italy has the largest Indian diaspora after Britain. Many Indians in Italy managed to settle well, others are facing difficult challenges.

"It was really cold, our clothes were taken away from us."

Italy is home to a big Indian community. In fact, statistics revealed that the number of Indians in Italy in 2016 was 169,394, 4.3% of all were non-EU citizens.

This makes it the largest Indian diaspora in Europe after Britain. The majority of Indians come from a Punjabi background.

They work incessantly in the dairy and agricultural sectors. The first migration wave saw predominately men going to Italy, recently more women have started migrating too.

The main reason is the urge of going to stay with their husbands who already live there.

According to a report on irregular migration from Punjab and Haryana, the majority of Indians arrive in Italy legally. Although, often they have forged documents or use falsified documents to obtain a visa.

Indians pay huge sums of money to agents known as “Kabootarbaazi” in order to move to Europe irregularly.

In other instances, they also pay a fee to a sub-agent from their village. That person’s job is to put people in touch with an agent.

But how’s life once reached the so desired land? Do their expectations meet reality? DESIblitz spoke with some people to find out how Italy has impacted their lives. 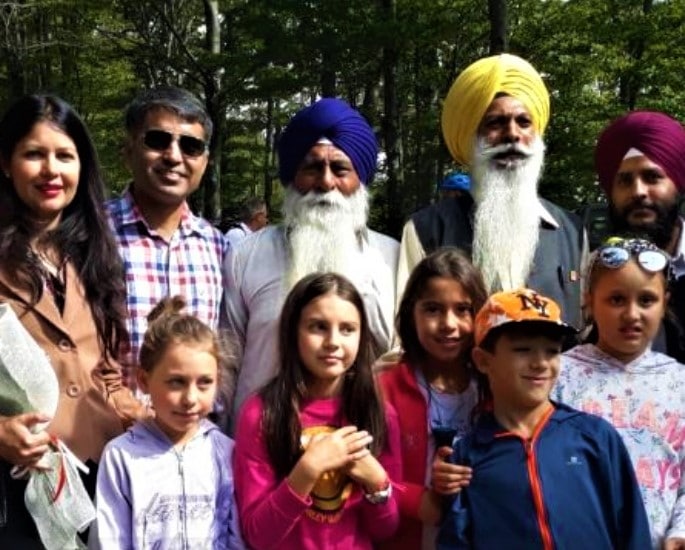 The majority of people leaving Punjab to settle in Italy have already an agricultural background. They owned lands there and had their own small farm.

Therefore, the settled Indians in Italy did not find it difficult to adjust to the new country. Many of them leave in the countryside and that reminds them of their origins.

Nearly 16.000 Indian immigrants are employed in agriculture in Italy, predominantly in the Northern region.

Onkar Singh, speaking about his job told: ” My job starts in the night at 12.30 am. I go there and set up all the machines.

“Then I check all the cows if any have fallen down or are stuck somewhere. The milking of the cows is next. I finish work around 5/5.30 in the morning but that can change.” 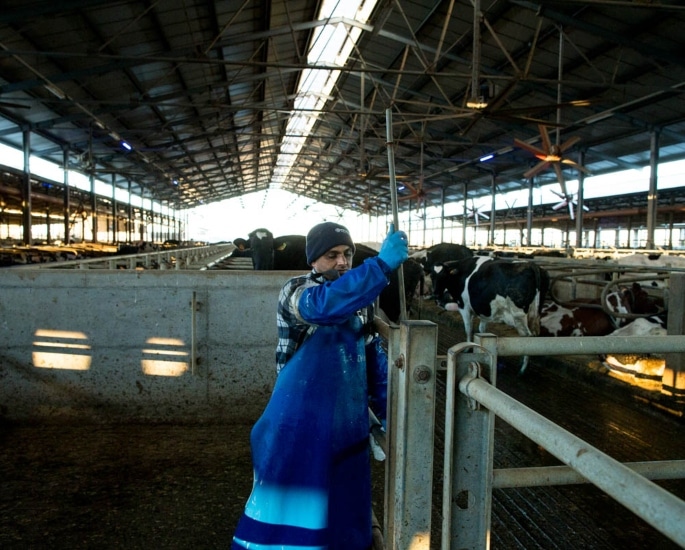 Onkar expressed that many Italian owners have realised that Italian people are not willing to work in this sector.

The main reason behind that is they feel the job implies being dirty and they don’t like the hours of work. He added: “The Italian owners don’t have trust in Italians to run their business.”

“I don’t know if the next generation of Indians will continue to work like their fathers in farms and fields.

“This generation has assimilated well into the academic environment, they are excelling at school so they might aspire to different jobs.

“At that point, there could be the same problem we faced earlier when we did not have any labour to work in this field. They truly saved our economy.”

For the Indians in Italy, it is important to stay attached to their roots. Therefore, they gather around their local place of worship on Sunday mornings and do “seva” (selfless service).

Vijay, an Indian living in Rome speaking about life in Italy mentioned: “Italy is a nice country with awesome food and in general Italians are fine people.

“It does have a strong culture like India in terms of language and lifestyle. It’s easy when you learn to speak Italian.”

Vijay continued: “The initial phase for an Indian coming from a big city could be a little difficult due to various bureaucratic requirements from Italian authorities.

“Italians like to be informal and friendly at workplaces and you will end up inviting them for Indian dinner. They will happily be seeing your family albums while sipping coffee with you in a bar.” 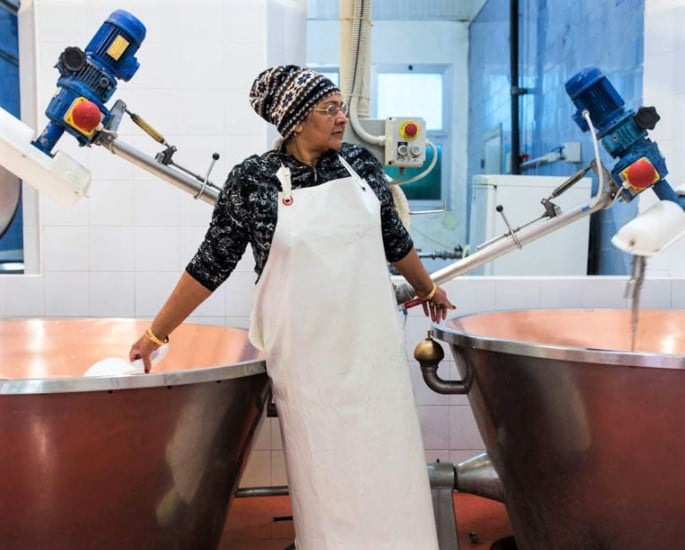 Indians in Italy are one of the migrant population more accepted in the country. They are known for being hard-working and reliable, this makes them a very useful resource for employers.

Unfortunately, many migrants are subjected to exploitative working conditions. This happens all over Italy but it is more concentrated in the Northern Italy and Lazio region.

Many research projects have shown that some Indians are irregularly employed. They are paid subminimum wages and work excessive hours.

Other injustices include not being paid for overtime work, lack of health and safety and basic medical aid.

For some, their “Italian lifestyle” is clearly not what they thought it would be before leaving the country. They did not think their search for a better future would fall into the hands of criminal groups. 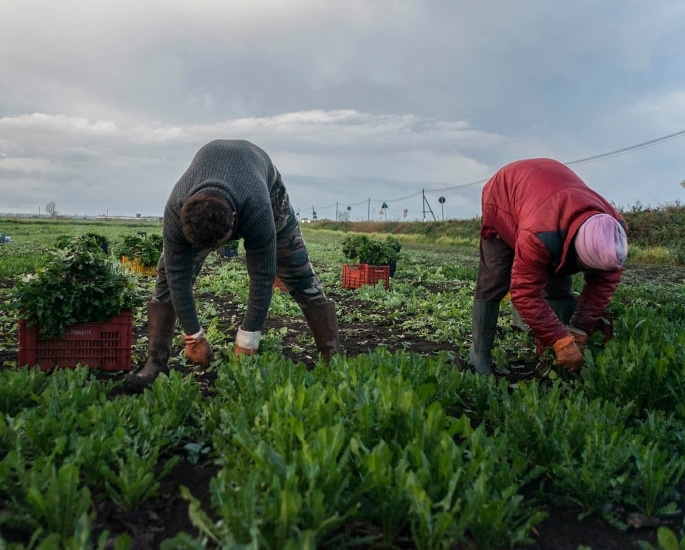 Marco Omizzolo, a Eurispes sociologist explained that in Agro Pontino, in the Lazio region, the issue is more entrenched.

He mentions: “The agricultural work is vast there. Ideologically, Agro Pontino is still connected with fascists roots. Therefore they see migrants as invaders and also as a resource to exploit.

“Migrants have to work 13-14 hours almost every day of the month. They are paid 3,50/4 euros per hour when the minimum according to Italian laws should be 9 euro.”

Many of the recruiters are from India and they’ve developed a human trafficking scheme. They try to bring more workers in Italy.

Marco explained that migrants are forced to work according to their conditions or they start receiving threats. Intimidation comes from either the Indian trafficker or the employer.

Moreover, he said they don’t have any other choice as they have to repay their debts to the traffickers.

Marco explained: “They are used to refer to their employer as their “master”.

When they see him they take two-three steps back and look down in fear. The migrants only have a 10-15 minutes break during the whole day.

“Often they are given performance-enhancing drugs or painkillers by their employers. This helps them to carry on the work.

“Imagine a 50-year old man kneeled down on the ground working the whole day under the boiling sun. He’s going to struggle but he also doesn’t have another option.”

According to Marco the way to decrease this crime is by enforcing stronger laws.

He also said that many migrants are isolated. They find comfort by staying in the Indian community as they don’t speak Italian.

In addition, they don’t know their rights or what a contract of employment is, this makes them a target to traffickers.

Marco speaking about the isolation of certain Indians in Italy stated: “An isolated community is more subjected to blackmail, an inclusive community is instead stronger.”

Jagjit Singh, speaking to the media gave a better insight into how reality for some migrants in Italy is. He told:

“We were free in India, I had my own business. I could arrive late for work and go home early if I needed to, it doesn’t work like that here.

Another man said: “The problem is that it is tougher on the back and it always hurts.” 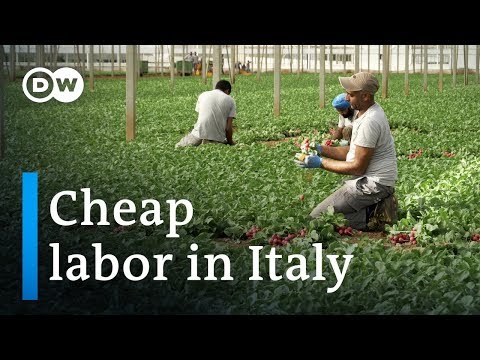 A once illegal immigrant who wishes to remain anonymous spoke to DESIblitz exclusively about his journey from India to Italy. We will call him Amrik Singh.

My illegal journey to Italy (August 1995)

Amrik, who is originally from Punjab explained how hard he had to work to save money for the trip.

He sold land, worked in various places in Mumbai and gave all his income to an agent that organised his eventful journey.

Amrik first landed in Ukraine, where he took a train to Poland with 16 other migrants. Talking about the journey, he says:

“Once reached Poland, we saw something that seemed like a police car. We were so scared so we ran all in different directions.

“Later on, people that worked for our trafficker searched for us. Every time they would find one of us, they would bring the person by an isolated field.

“We were so scared, it was dark and we didn’t know what time it was. In addition, we had no phones with us. At the time not many people had mobile phones.” 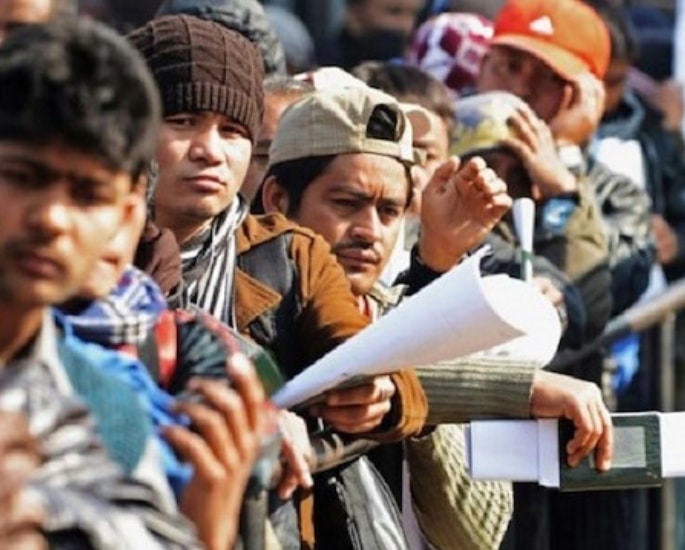 Amrik says that all of the 16 people were then taken to a car repair garage where they had to hide for the night.

He continues to say:

“The trafficker locked us inside, we had no place to lay down and no toilets. It was a struggle as amongst us there were also three ladies.

“The next day we were taken to a jungle. We were divided into small groups and each group was given a small inflatable to cross the river nearby.

“We had to cross the jungle and get to the river separately. All groups were told when to leave with a signal by the trafficker. He then watched over us with a binocular.

“We were instructed not to mention the presence of the traffickers in case stopped by someone.”

Amrik then talks about the conditions and says:

“It was really cold, our clothes were taken away from us. We were just wearing a top tank and boxers.

“The conditions were terrible.

“One of the guys was begging us to lay on top of him during the inflatable ride so he wouldn’t feel cold.”

Amrik explained that after crossing the river they were met by the people working for the trafficker. They received their clothes back and they again faced the threat of encountering police officers.

Whilst the helpers of the trafficker fleed, the migrants had to lay on the ground and wait for them to be back.

“They drove us to Berlin and we had to get off whilst the car was still moving. We then searched for a place of worship where we could stay for a few days.

“Later on I asked for political asylum and they put Berlin as the city. At the time there was news that settling in Italy was easier.

“One day I met an Indian guy from France who offered to take me there. I told him I had no money to give him but I could get some from India.

“Once I reached Italy, I started working and continued doing so till now. I managed to get permanent resident status and then I called my family here.

“Now I am an Italian citizen.”

Many people who are well settled in Italy, earn good money, live a good life and contribute to the economy. However, it is not the same for everyone. Some find themselves living in very extreme conditions.

It is highly likely that consumers come into contact with products derived from labour exploitation whenever they eat. Having very little or no knowledge of the hardships endured by the workers.

Until such unethical exploitation of workers in Italy continue and are not addressed, the difficult life of many Indians in Italy will still remain unchanged.