Indian Woman gets Death Sentence for Murder of Yemeni Man

An Indian woman from Kerala has been sentenced to death for the murder of a Yemeni man. She revealed what led to the killing.

"He started to assert himself in matters"

An Indian woman has been sentenced to death after she was found guilty of murdering a Yemeni man in 2017.

Nimisha Priya, aged 30, of Kerala, was found to have killed Talal Abdo Mahdi, chopped his body up and disposed of his remains in a water tank at her house.

However, she revealed that he subjected her to physical torture and harassment.

Nimisha first met Talal in 2014 after her husband Tomy Thomas returned to Kerala with their child due to their low salaries.

Tomy explained: “I went back to Kerala with my child towards the end of the year. In a month or two, Nimisha and I discussed starting a small clinic in Yemen.

“At that time we were told that we will need the help of a Yemeni citizen to process the license, and Nimisha suggested Talal’s name. We had gone to his clothes shop once and I vaguely remembered him.”

But eventually, Nimisha did not take Talal’s help. Instead, she sought the help of the owner of the clinic she was working at.

Nimisha’s clinic started in 2015, however, Tomy and their child could not come back to Yemen as the civil war had broken out.

At this point, Talal started to harass the Indian woman. 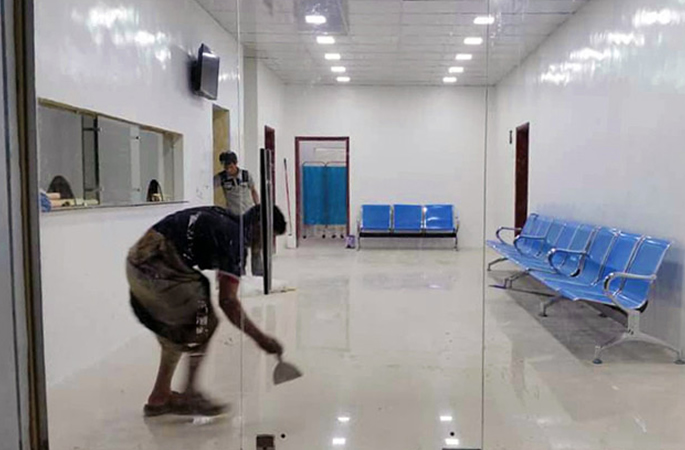 “The clinic kick-started really well – within one month, I got a good income. Talal had helped me with a few things, like collecting material and with some money too.

“My income, however, jolted Talal. He came up with the demand that I need to pay him a share of the income. He started to assert himself in matters related to the clinic.

“He even registered the vehicles we bought for the clinic in his name.”

Talal had also added his name as a shareholder of the clinic without Nimisha’s knowledge.

When she questioned the clinic’s manager over the matter, she discovered that Talal had been claiming that she was his wife.

She said: “The manager said it was due to this, he was giving my monthly share of business to Talal as he was my ‘husband’.

“When I questioned Talal about this, he said he had made the claim so others would not pose problems assuming I am a single woman.”

According to Tomy, Nimisha and Talal visited Kerala in January 2015 but when they returned to Yemen, he tortured her.

Talal continued getting Nimisha’s monthly share from the hospital under the pretext that they were married.

Nimisha revealed that Talal already had a wife but he would tell everyone that they were married, even his own family.

The Indian woman alleged that he even took a photo from her wedding album and edited his face onto it.

Despite telling people that they were not married, no one believed her. In 2016, she went to the police in Sana’a.

“But I was arrested as per Yemeni law for raising this complaint, along with Talal. I had to be in jail for 16 days. Talal, who had made a fake marriage certificate, submitted it to court and we were let off.” 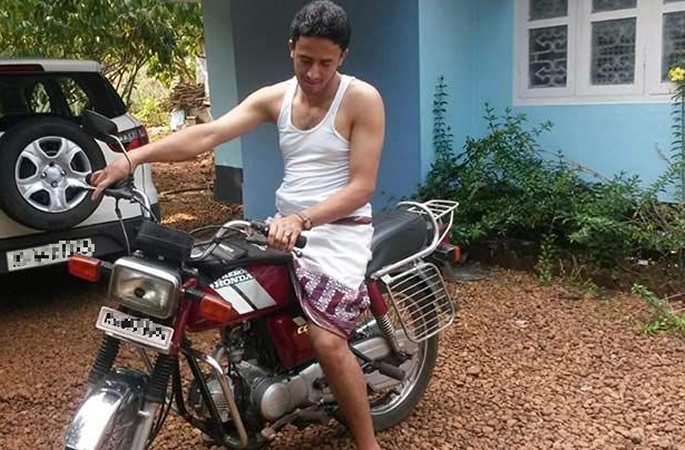 “He started to attack me physically. Even in front of the hospital staff, he used to thrash me and even spit on me.

“When it became unbearable I went to the police station with a complaint in 2016.

“He confiscated my passport, he forced me to live with him. He would come to my house inebriated and attack me physically, threaten me to obey him, inflict injuries on me.

“He used to even bring his friends to my house at night, force me to do sexual favours for them.”

“I used to run out each time to protect myself.

“Those were sleepless nights for me, I had no one to help or support me. I was all alone. Yemen is not a place where one would see women out at night.

“But I would run through the road out of my house, escaping from the assaults.”

Tomy said that his wife had multiple SIM cards so she could call him.

In July 2017, Nimisha injected Talal with sedatives when trying to retrieve her passport, however, she ended up killing him.

According to the Indian woman, a jail warden had told her to sedate Talal.

She said that Talal was a drug user so the sedative did not have an effect on him. However, she recalled:

“Then another day in July 2017 while he was in my house doing drugs, I injected him with Ketamine, a sedative.”

“A few minutes later, he fell on the floor and started to scream out loud. But suddenly, he stopped and laid still. There was no breath and when I checked his pulse, I couldn’t get it.

“I was afraid, I had not meant to kill him. I quickly called my friend Hanan, she is also a nurse, who was living downstairs. She knew the issue I had been facing.

“She quickly told me that we had to do something to dispose of the body. I was panicking with anxiety and took sedative tablets.

“Then, it was Hanan who chopped his body and disposed of it in the water tank. I barely remember this as I took the tablets for my anxiety attack.”

Nimisha claims that she received capital punishment as she did not receive legal support.

“Though I pleaded with the court that I was not his wife and was subjected to torture, and that I did not mean to murder him, I could not prove this in the court without the help of a lawyer.

“The court could easily identify that the marriage certificate is fake. It is not even my name in it. Talal has put my photo with a Muslim name.

“If the judge cross-checks it with my passport, this will be revealed. If my neighbours are quizzed, they could recount the torture I underwent.”

A lawyer was assigned to her but he was a junior advocate and did not help.

Meanwhile, Talal’s family has asked for Rs. 70 Lakh in exchange for the charges to be dropped. But Nimisha has no means to pay it.

She sought help from the Kerala government and while they intervened to appoint a lawyer, he could not travel to Yemen due to Covid-19 restrictions.

The Indian woman plans to appeal against the death penalty and while the court will consider the plea in October 2020, no legal aid will mean that she is helpless in court.

Dhiren is a journalism graduate with a passion for gaming, watching films and sports. He also enjoys cooking from time to time. His motto is to “Live life one day at a time.”
US Indian admits Killing his Wife and Mother in Home
Indian Man kills himself over Harassment by Daughter-in-law