Indian Man wanted for Murder of Ex-Wife in Canada

An Indian man, originally from Gujarat, was wanted in connection with the murder of his ex-wife in Canada, where they lived.

Rakesh had been the only suspect in Heeral's death.

Canadian police named an Indian man as the prime suspect in the murder of his ex-wife.

However, just days after officers issued an arrest warrant for him, he was found dead in Toronto.

In relation to his death, police did not reveal much about the circumstances but said that “his death is not being pursued as a criminal investigation”.

Patel’s Honda Civic was found parked near a casino. Police had issued a nationwide warrant for Patel’s arrest.

The warrant was issued for the 1st-degree murder of his ex-wife, 28-year-old Heeral Patel, whose body was found on January 13, in a wooded area.

Heeral was found dead in the city of Brampton, located approximately 45 kilometres away from Toronto.

Police established that the woman had been murdered. While police did not reveal the cause of her death, it was reported that she was strangled to death.

Heeral had gone missing on January 11. According to police, she was last seen at 11 pm. An investigation was launched to find her.

Both Heeral and Rakesh were found dead in similar circumstances. According to reports, both were found by dog walkers who later told the police.

Rakesh had been the only suspect in Heeral’s death. Prior to discovering his body, police said in a statement:

“Investigators are encouraging him (Rakesh) to contact a lawyer and arrange to turn himself in.” 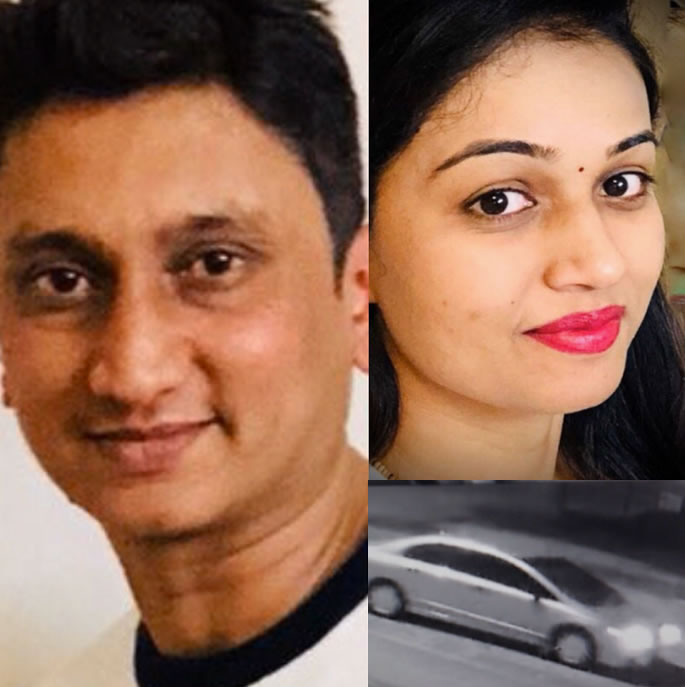 He said that anyone with information should contact the police even if they had a conversation with the suspect.

Heeral and Rakesh were originally from Gujarat. In 2013, they got married and they settled in Canada. The victim’s brother, Vinay, and a cousin also lived in Canada.

The Indian man and Heeral separated in August 2019 as she had strained relations with her husband and in-laws.

It was reported that the couple decided to file for divorce and the formalities for ending the marriage started a couple of months back.

Although police have not revealed what happened to Rakesh, Heeral’s family members claimed that there were injury marks on her body.

Heeral’s family alleged that a relative of Rakesh, based in the United States, had once threatened to get her killed.

Vinay had been visiting his home village in India at the time but returned to Canada after hearing about his sister’s death.

Dhiren is a journalism graduate with a passion for gaming, watching films and sports. He also enjoys cooking from time to time. His motto is to “Live life one day at a time.”
Groom’s Father elopes with Bride’s Mother at Indian Wedding
Suspicious Indian Husband kills Wife, Baby & Man in Room