An Indian magician has drowned in a river in Kolkata after he attempted an escape trick similar to those made famous by Harry Houdini.

"this is a big loss for the Indian magic community."

The 42-year-old went missing in the Hooghly River, Kolkata, after he was lowered into it.

Lahiri was taken by ferry to the broadest part of the river and was lowered in while his arms and legs were tied.

Prior to going into the river, Lahiri told the crowd:

Several people gathered by the shore and others stood on the Howrah Bridge.

They waited for him to surface and swim to safety, but he failed to reappear. The crowd began to panic after Lahiri did not appear after 10 minutes and alerted the police, who then launched a search operation.

Lahiri’s body, limbs still tied with steel chains was found washed up 0.6 miles from the site of the attempt. Police identified his body late on June 17, 2019.

Indian magic historian Madan Bharti said: “He was a great stunt artist and this is a big loss for the Indian magic community.”

Local photographer Jayanta Shaw witnessed the Indian magician attempt the stunt. He said he had spoken to Lahiri before the trick.

He said: “I asked him why he risked his life for magic.

“He [Mr Lahiri] smiled and said, ‘If I do it right, it’s magic. If I make a mistake, it becomes tragic.”

The magician told Mr Shaw that he wanted to undertake the dangerous trick in order “to revive interest in magic”.

Mr Lahiri has attempted similar stunts in the past. He was lowered into the same river inside a glass box over 20 years ago and managed to escape to safety in less than 30 seconds.

Mr Shaw added: “I never thought he would not come out of the water this time.”

Sumit Kharbanda is the president of the Indian Brotherhood of Magicians in Delhi. He said Lahiri had successfully performed the same stunt at least a dozen times. 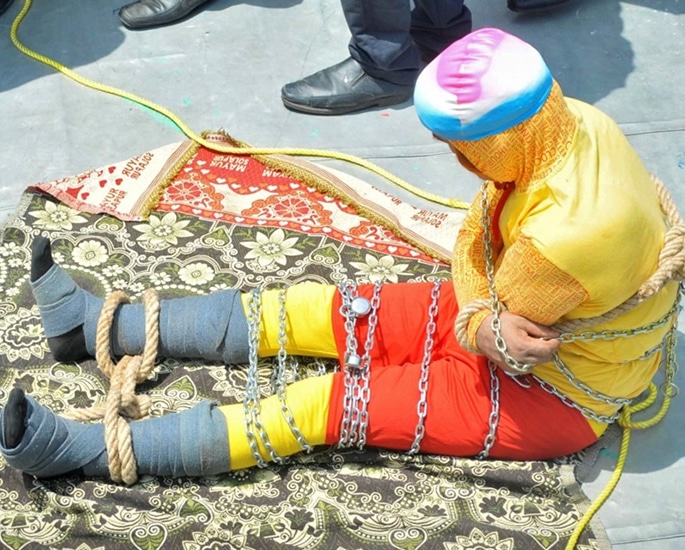 The tragic magician was almost attacked in 2013 when he performed the same stunt and onlookers thought he had cheated.

Kharbanda said: “He used to practice in swimming pools and rivers.

“All magic has to be perfect and it takes a lot of practice, but even with practice, things can go wrong. This was a very dangerous performance.

“I don’t know if it was a breathing issue or just not being able to undo the locks.”

Lahiri reportedly sought permission from the Kolkata Police and Kolkata Port Trust before performing the stunt.

But police have said he did not mention that the trick would involve water.

An officer said: “He had mentioned the act was to happen in a boat or vessel hence we allowed him permission.

“He vaguely mentioned an ‘extra act’ which did not clarify. We are investigating.” 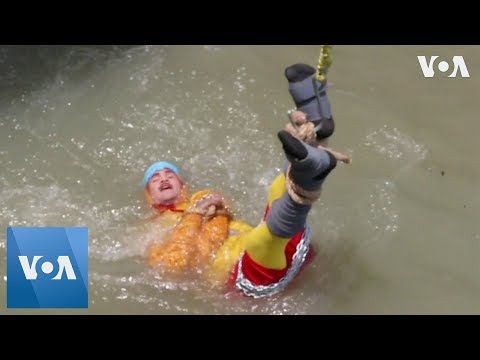 Dhiren is a journalism graduate with a passion for gaming, watching films and sports. He also enjoys cooking from time to time. His motto is to “Live life one day at a time.”
Sister cancels Wedding due to Missing Brother Shah Khan
Three jailed over Shooting of Rohid Ali in Bradford