Three Indian activists have been booked by Delhi Police for allegedly creating and sending a farmers’ protest toolkit to Greta Thunberg.

the toolkit and shared it with others for editing.

On Monday, February 15, 2021, Delhi Police confirmed that activists Disha Ravi, Shantanu Muluk and Nikita Jacob were all booked in the toolkit case for creating a Twitter storm over the farmers’ protest before the tractor rally on January 26, 2021.

The activists collaborated with pro-Khalistani elements.

In a press conference, Joint Commissioner of Police Cyber Prem Nath explained that the police had found evidence proving the involvement of the three activists in creating and sharing the toolkit with Greta Thunberg.

Mo Dhaliwal, the pro-Khalistani Poetic Justice Foundation founder, contacted Nikita Jacob through his colleague Puneet, a Canadian citizen, to create a storm on Twitter ahead of Republic’s Day.

They planned everything during a Zoom meeting attended by Mo Dhaliwal, Nikita, Disha and others, where they also spoke about a farmer’s death.

The police said Disha Ravi, Nikita Jacob and Shantanu Muluk had created the toolkit and shared it with others for editing.

They added that Muluk’s email account was the owner of the toolkit Google document.

Authorities also stated that non-bailable warrants have been issued against Nikita Jacob and Shantanu Muluk.

Authorities later formally arrested her in Delhi on February 14, 2021.

They produced her in a Delhi court and she was remanded in custody for five days.

At the Patiala House Court before Metropolitan Magistrate Dev Saroha, Disha Ravi broke down and told the court that she was innocent and not part of any conspiracy. 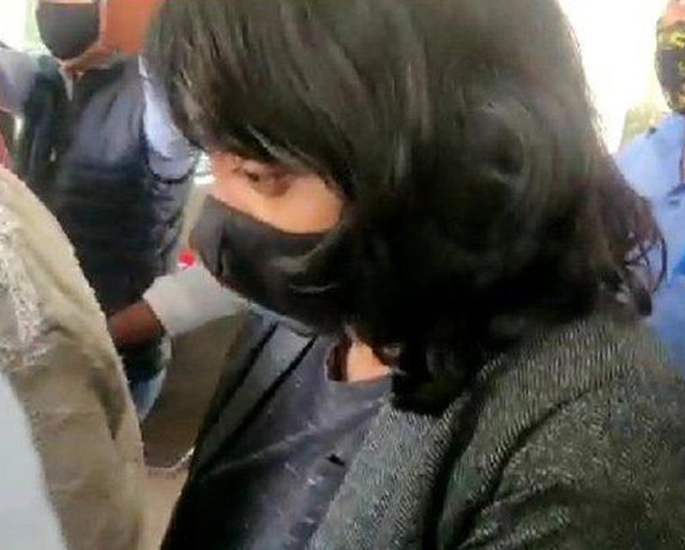 “I was just supporting farmers because they are our future… they are the ones who are providing us with our food, and we all need to eat.”

She also claimed that she did not create the toolkit, but only made two edits to the document.

“She started WhatsApp Group & collaborated to make the Toolkit doc.”

“She worked closely with them to draft the Doc.”

Disha Ravi, arrested by CyPAD Delhi Police, is an Editor of the Toolkit Google Doc & key conspirator in document's formulation & dissemination. She started WhatsApp Group & collaborated to make the Toolkit doc. She worked closely with them to draft the Doc. @PMOIndia @HMOIndia https://t.co/e8QGkyDIVv

The police said that Disha Ravi’s phone revealed that she shared the toolkit with Greta Thunberg via Telegram.

Later, she even asked Greta Thunberg to remove the document after it accidentally got into the public domain.

“The call was to wage economic, social, cultural and regional war against India.

“We have registered a case for spreading disaffection against the government of India – it’s regarding sedition – and disharmony between groups on religious, social and cultural grounds, and criminal conspiracy to give shape to such a plan.”

Leader P Chidambaram claimed that India is becoming “the theatre of the absurd”.