The World Snooker Q School 2020 starts from August 3. Desi players will be aiming to gain a place on the main professional tour.

"I am feeling very confident this year.”

The World Snooker Q School 2020 is an opportunity for snooker players from across the globe to earn a spot on the main professional tour.

A total of twelve places are up for grabs, making it a very competitive qualifying process.

Four cueists who make the semi-finals from each of the three events will feature during the World Snooker Tour seasons for 2020-21 and 2021-2022.

The matches will start with the best of five frames in the earlier rounds. During previous editions of Q School, all matches were played over best of seven frames

The very best Desi players are amongst the draw, which took place on July 24, 2o20.

From a Desi perspective, there are four excellent British-Asian players, with a terrific cue man from India also.

Barring Farakh Ajaib, all the others have previously played on the main tour. 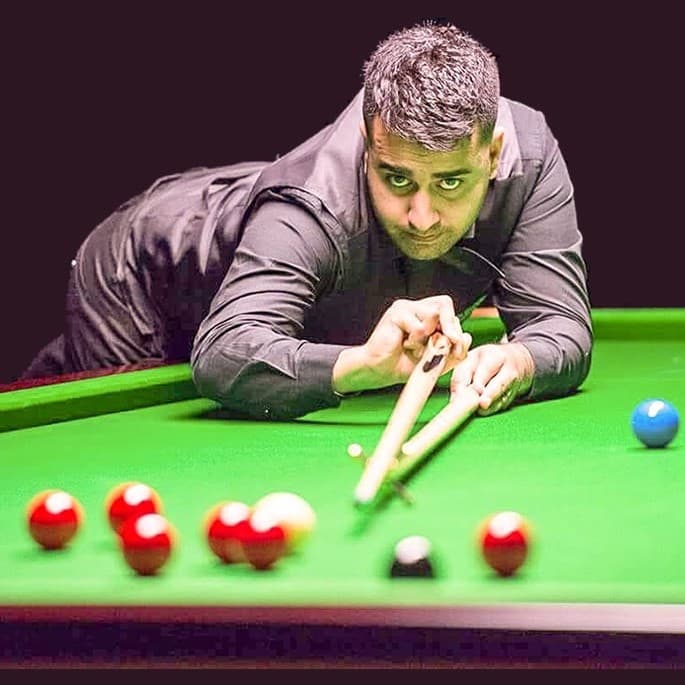 He is a former champion of the Belgium Open at the under-21 level, defeating Luca Brecel (BEL) 5-1 in the final.

The player of British-Pakistani origin has also won the 2018 inaugural East Lancashire Open. Farakh will be fighting it out in the 2020 Q School.

In Event 1, Farakh will fancy his chances when facing amateur Haydon Pinhey in Round 1. All his event matches start from Round 1.

Speaking about the unprecedented world we live in and positively looking ahead to Q-School, Farak said:

“It has been a very surreal and testing time for everyone, given the situation that we have all been in.

“However I am once again very grateful for this opportunity to enter the Q School tournament. Q School is always an exciting time for me as a keen snooker player.

“It gives me the opportunity to display and test my skills while playing against a variety of other players with a range of skill levels. I am feeling very confident this year.”

Farakh continues mentioning about his preparations and not being fearful, regardless of the results:

“I have been preparing well, and have given adequate time to practice since restrictions around COVID-19 were lifted.

“I have remained dedicated while being motivated to attend my daily training; this has been going very well.

“I feel that this is key for me, in order to get the outcome I want to achieve from this.”

“No matter the outcome it will be a fun and enjoyable experience for me. I feel that this is going to be a great tournament overall.”

It will be a great elevation for Farakh if he makes it through Q School. Known also as ‘Farakh “Faz” Butcher’, he has also been working in his dad’s meat shop.

Farakh will no doubt prefer to be on the snooker table as opposed to butchers. 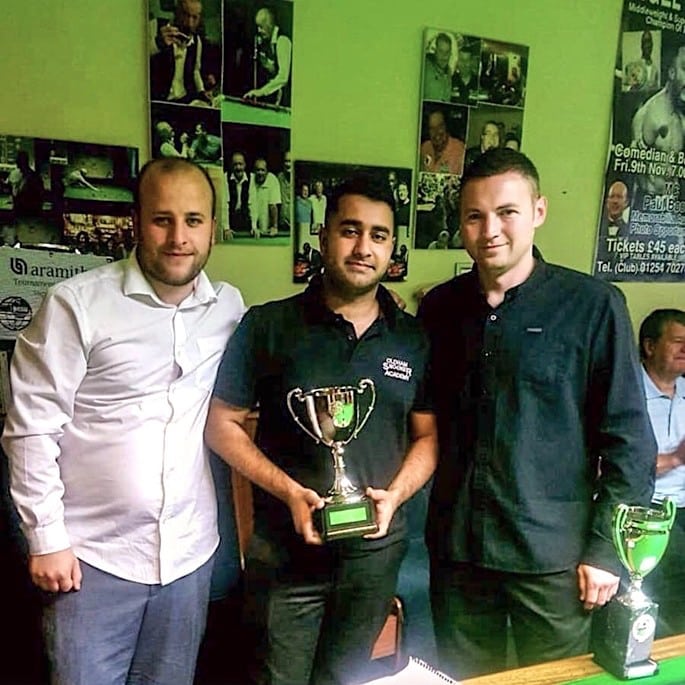 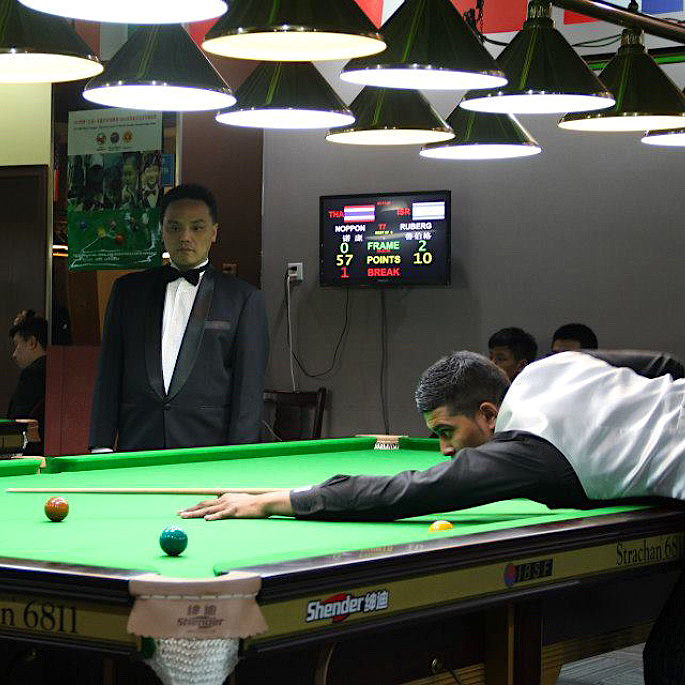 Hammad Miah who is known as the ‘Tiger’ has played snooker at a professional level.

With a career-best ranking of 71, the British-Bangladeshi player keeps coming and dropping off from the main tour.

A high break of 142 in the 2018 Northern Ireland Open is just a glimpse of what he can do on the green baize.

Hammad was sadly unable to go beyond Round 2 of the World Snooker Championship Qualifiers 2020.

Finishing outside the top 64, he has to once again hit it out in the tough Q School.

In Event 1, Hammad takes on British Asian amateur snooker player Basharat ‘Bash’ Maqsood in Round 1. Bash is a good league player from Nottingham.

Hammad goes straight into Round 2 for the second event.

Hammad comes up against amateur Jack Culligan in Round 1 of Event 3.

Like most former professional players, Hammad is never keen on Q-School, but understands the importance of it:

“Not exactly looking forward to Q School. Sometimes we have to do certain things to get to where we want to get.

“Back to the drawing board. My preparation has to be on point. I am practicing hard and trying to get the job done so I can look forward to the remainder of the year.

“Only mission is to get straight back on and look ahead to the foreseeable future.”

Hammad is a hot favourite amongst the desi players in making a return back to the main tour. 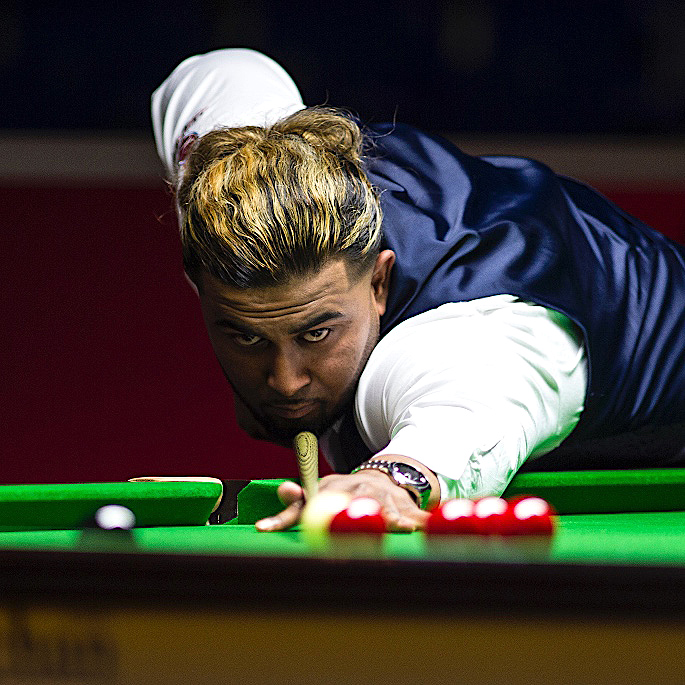 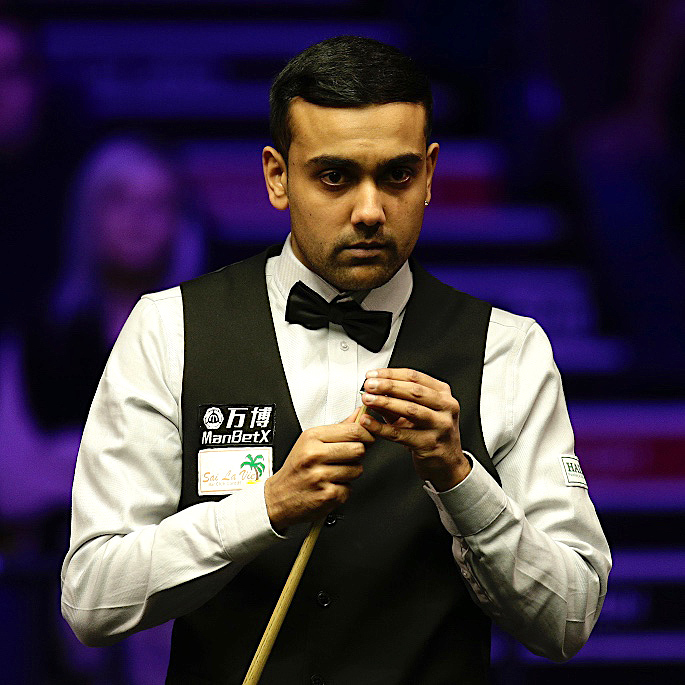 Welshman Kishan Hirani is a journeyman. It took him a number of years before joining the elite professional snooker tour in 2018.

However, Kishan was unable to sustain his place on the main tour, after a disappointing World Snooker campaign between 2018-2020.

Struggling over two seasons, Kishan failed to make an impression on the professional circuit.

Reaching the second round of ranking tournaments was not a true reflection of his potential.

His second-round exit from the World Snooker Championship Qualifiers 2020 was the last straw.

Kishan will have to rely on his knowledge of Q School in requalifying for the main tour.

He has a difficult draw in Round 1 of Event one. He will compete against young German snooker player, Simon Lichtenberg.

Event 2 will see Kishan participating in round 2. It may not be an easy ride versus gifted Austrian rookie Florian Nuble.

Kishan who will start Event 3 in Round 2 will be hoping that it can bear fruit if he does not progress from the earlier two events.

Kishan will certainly be trying to show his keenness on the table.

Similar to many other players, Kishan is desperate to make a comeback on the main tour. 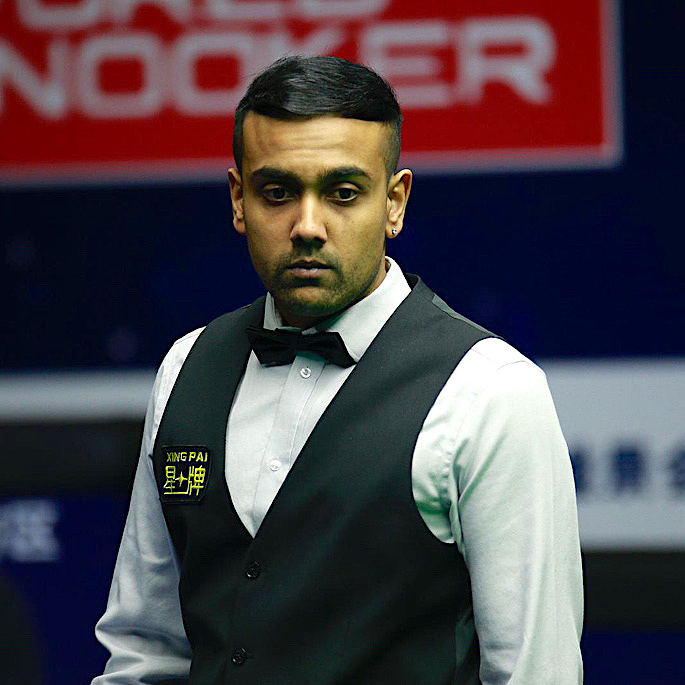 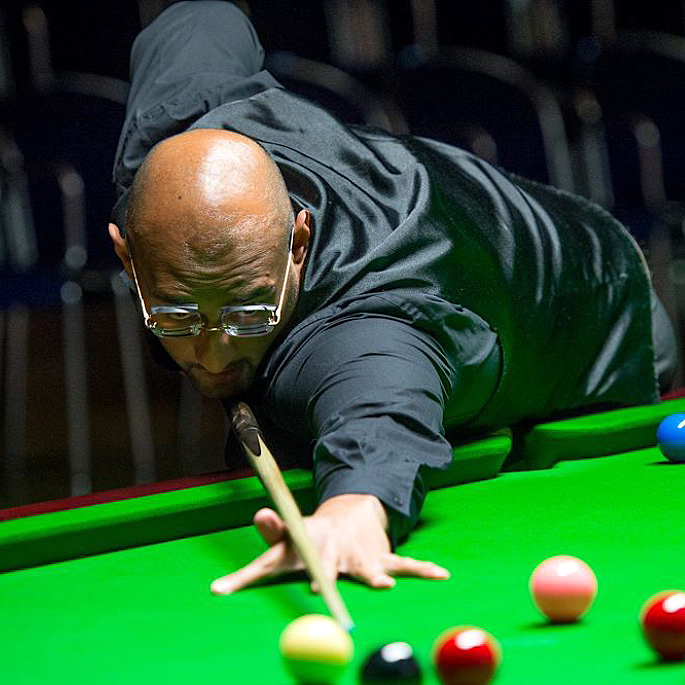 The Huddersfield born right-handed player who comes from a Punjabi background has a career highest ranking of 80. His best finish in a ranking tournament is the second round.

After dropping off the main tour in 2011, he began running a post office and was investing in properties.

Kuldesh will have to show his killer instincts to get through the challenging Q School draw.

Kuldesh is very fortunate that for Event 1 and 2 he enters straight into Round 2. He has a good chance against amateur Stephen Swaine.

In event three, he will break off versus former professional player James Leadbetter in Round 1.

Despite entering Q School many times since making an exit from the main tour, Kuldesh is more confident this time:

“For the first time since I fell off the main tour in 2011, I feel reasonably good about my game as I enter cue school.

“This time I feel I have put the preparation in and I have been practicing regularly.

“Luckily, I was fortunate enough to practice at my friend’s sports club – the 147 Sports Bar in Pudsey – throughout COVID.

“He allowed me to play, even though the club was closed, which was great for me as I know not all players have had the facilities to practice.

“I feel positive about the competition and am looking forward to taking part again.”

Leading up to Q School, Kuldesh was the winner of a Pro-Am Snooker tournament in Leeds. He received £400 pounds for the victory. 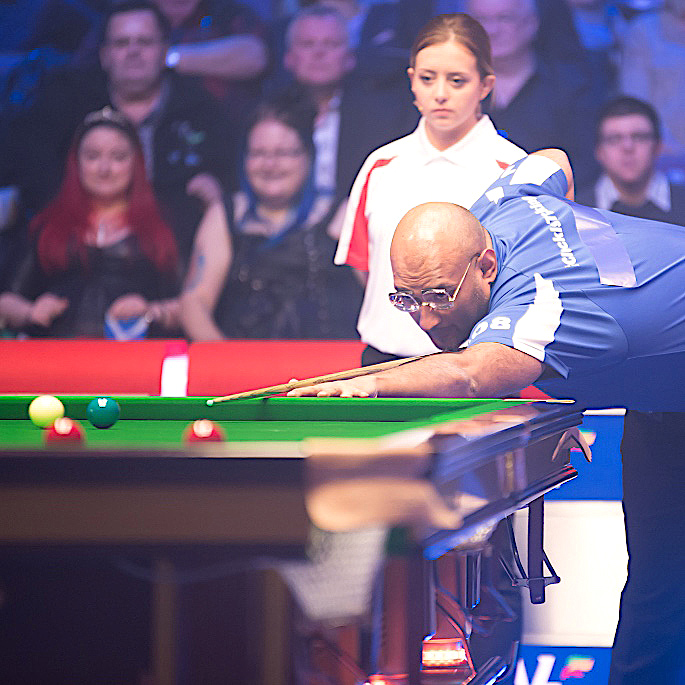 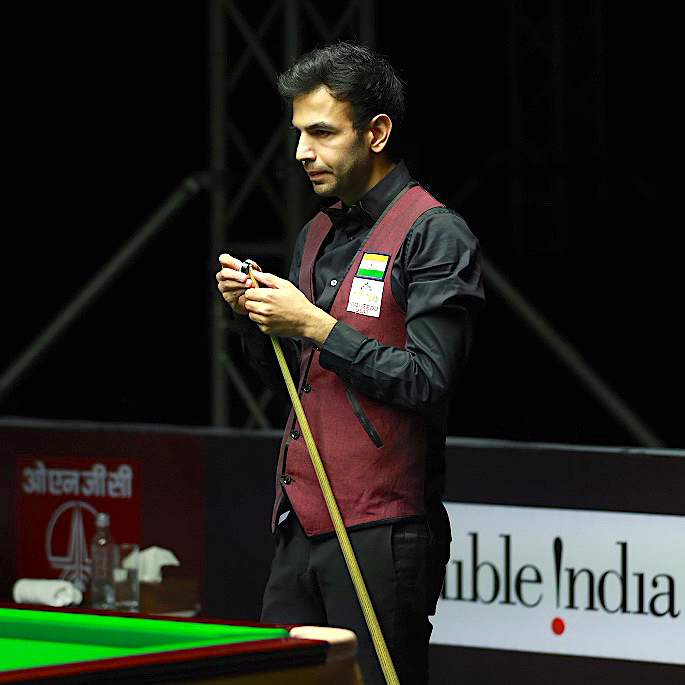 He is a graduate from Sheffield Hallam University, completing a degree in Sports Business Administration.

His dream came true after turning pro, courtesy of being the number 2 best player at the national level.

Unfortunately Lucky was unable to hold his place on the main tour after spending two seasons (2011-2012).

In a bid to re-enter the professional tour, he will be locking horns with the very best at Q School.

Lucky goes into Event 1, playing his first match in Round 2. He has the same schedule for Event 2.

However, in Event 3, he competes in Round 1, taking on Irish amateur player Fergal Quinn.

Lucky is keeping an open mind, considering the impact of the pandemic:

“Well there’s no hiding that it’s an uphill battle for international players especially this
Year. This is because of no practice or match play for the last few months.

“Saying that am sure their preparation has been hindered too due to COVID-19. So it will remain interesting how we do really.”

His mindset will be different going into Q School 2020:

“I’ve been working with a sports psychologist – David Charlton here in the UK.

“I’ve become a father for the first time here in June. So my mental space is way different from what’s it been over the years.

“I am in good touch since the Ding Junhui Academy has opened up in July.

“So I am looking forward to the tournament.”

Lucky has the game but will need some luck along the way to get through from the World Snooker Q School 2020. 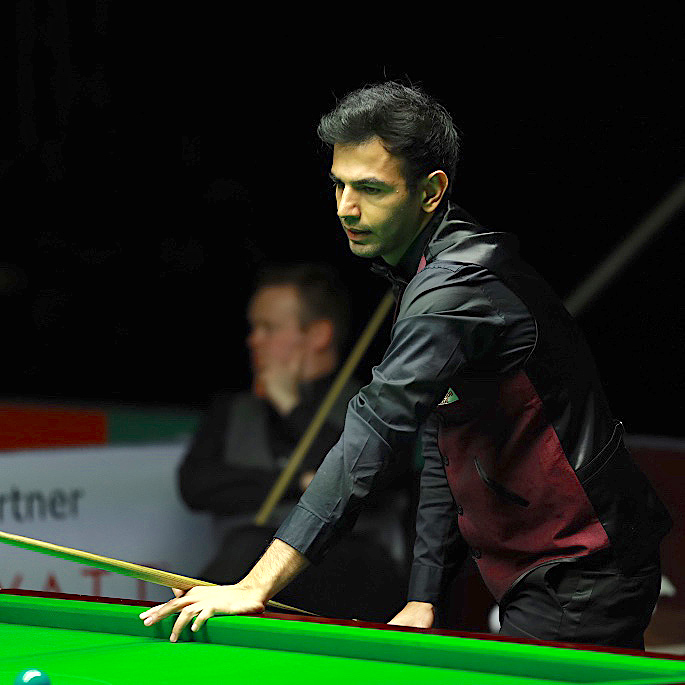 Mang big players who will have dropped from the main tour are in the Q School draw.

There are a few other British Asian players who are in the mix for Q School 2020 as well.

Snooker club owner Saqib Nasir from Birmingham is participating in the three events. Hamim Hussain who has a snooker table in his Birmingham house will also battle it out.

The World Snooker Q School 2020 will take place at the English Institute of Sport in Sheffield from August 3 to 9.

It is likely that two from the aforementioned five can qualify on to the professional tour.