House of iKons ~ the Global Launch

Lady K Enterprises presents its new fashion venture, the House of iKons. Experts in event management and the world of fashion, the House of iKons has received its international launch, with DESIblitz as the Official Media Partner.

"I want the House of iKons to be [a] platform for designers and give them the exposure they truly deserve."

Now the House of iKons will see its global launch on September 13, 2014 at the gorgeous Hilton London Paddington Hotel, and DESIblitz are very proud to announce that they are official media partners for the glamorous event. 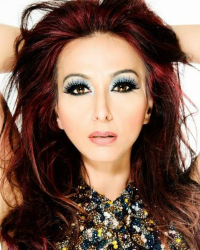 The ethos behind the House of iKons is to bring the world of fashion under one roof, allowing any international designer to exhibit anywhere around the world, as well as promoting the up and coming best of new British talent.

Designers exhibiting at this event are not just from London, but also from Dubai, LA, Paris, Egypt, Oman, Abu Dhabi and India.

Yen based in Abu Dhabi, UAE, is one of the main official royal designers who exhibited at LFW September 2013. LFW was his first international show, and historically he is the first designer from Abu Dhabi to exhibit on international shores with the Lady K Team.

His success and popularity following LFW has spring-boarded him straight into the USA. His LFW September 2013 collection was picked up by LA and Metropolitan Fashion Week where he also showcased his immaculate collection as the Grand Finale.

Yen said: “To be invited to LFW under the Lady K banner of House of iKons is a great honour. I have received a lot of international exposure since the show last year. Paris Hilton also showed great interest in my collection and has a few pieces from me which she wore in her new music video.

“I was also contacted to send a few pieces during the Oscars also. I have complete confidence in this show coming up September 2014,” Yen adds.

Rocky Gathercole, taking the USA by storm with clients such as Britney Spears and Katy Perry, is also looking forward to the House of iKons LFW event: “It will be great to get my collection to the London market,” he says.

“The show last year was phenomenal and I’m looking forward to exhibit again this September 2014. The founder and owner of House of iKons, Lady K knows how to drive new and up and coming designers which I have not seen before with any other fashion show.”

“Since then I’m doing really well. I was approached by two major buyers at the LFW show last year. I’m now designing under Louis Vuitton also. I know this year the show will be bigger than the last.” 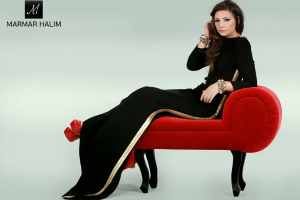 But it’s not just London the House of iKons will grace, but also abroad. With a great international PR team supporting Lady K Enterprises, Showline Media will be driving the official global launch of the House of iKons Fashion Week in Dubai, UAE, in November 2014.

DESIblitz are also Official Media Partners for the Dubai show. The official calendar of House of iKons Fashion Week will be at the end of May 2015.

CEO of Lady K Enterprises and the owner and founder of House of iKons, Lady K explains: “The launch in November 2014 is a celebration over two days to give the world a taster of what to expect for the official calendar House of iKons Fashion Week in May 2015.

“I have been informed by my amazing PR Team Showline that there will be some very high profiled dignitaries at the event but we will be releasing this closer to the time.”

Explaining why Dubai is such a great host for her fashion week, Lady K adds: “Dubai is becoming a major player in the fashion industry with undiscovered amazing talent through out the UAE. 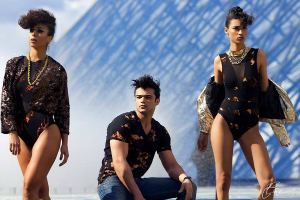 “But also I want to bring international talent from outside the UAE. The aim is to make this Fashion Week one of the top five in the next 3-5years. I want Dubai to be known as the top international place for fashion.

“I want the House of iKons to be the international platform for all designers around the world and give them the exposure they truly deserve. Whether it be to media, press, buyers, or the music and film industry. There are some beautiful uncut diamonds out there and I want them all to shine bright like a diamond in the sky,” she insists.

In such a short space of time, Lady K is now reaching international shores, looking for undiscovered designers with raw talent: “I want to showcase the next generation of ‘iKonic Designers’,” she says.

Lady K is determined to give these talented individuals a platform to showcase and achieve international exposure. The London House of iKons show at LFW will take place on September 13.