For fashion lovers across London, the February 2018 edition of House of iKons brought some of the youngest designers and models to the runway but also the most exciting styles and latest trends. DESIblitz has all the highlights!

“Our models are not only starting early but so are our designers!"

House of iKons returned to London for an unmissable evening of high fashion and innovative style. Showcased at Millennium Gloucester hotel in London on Saturday 17th February 2018, House of iKons formed part of London Fashion Week.

Heading the impeccable fashion event is founder Savita Kaye, of Lady K Productions. In fact, for the first time in iKons’ four year history, Savita opened and hosted the show herself.

She told the crowd: “I mean today’s the first time I’ve been asked to host my show… I did the choreography myself and I actually loved it.”

As exciting new and fresh designers awaited their turn to step out onto the runway, Savita mentioned how the House of iKons has grown to become a globally celebrated event, having successfully run in eight international cities. These include Dubai, Los Angeles and Beijing:

“We’ve even got designers from Thailand, from the Philippines, Los Angles and upcoming British designers from Europe. Were just getting bigger and better. I mean the talent around the world is phenomenal,” Savita told guests. 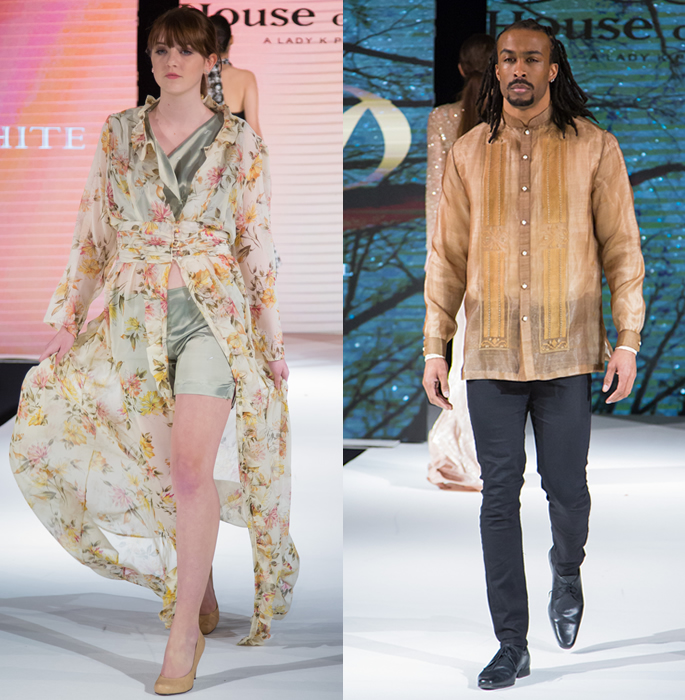 Young Designers take the Lead at House of iKons

Kicking off the lively event was designer Adam and Alice. The luxury British brand showcased everyday wearable simple and elegant clothing. They rocked the runway with printed silk and sheer blouses alongside colourful scarves.

Asvika the designer behind the label told us: “I play a lot with black and white. That’s why I kept the logo black, white and gold. Simple colours that can blend with any combination.”

The bold colours were matched with pretty skirts, statement heels and berets. Emanating feminine chic, the designer said: “It’s all about how you carry a style with your body and personality.”

Showing her work through skirts, tops and trousers, it was hard to miss the glamour and shine on the runway: “We do hundred percent silk, everything is sustainable fabric, natural fibres.” 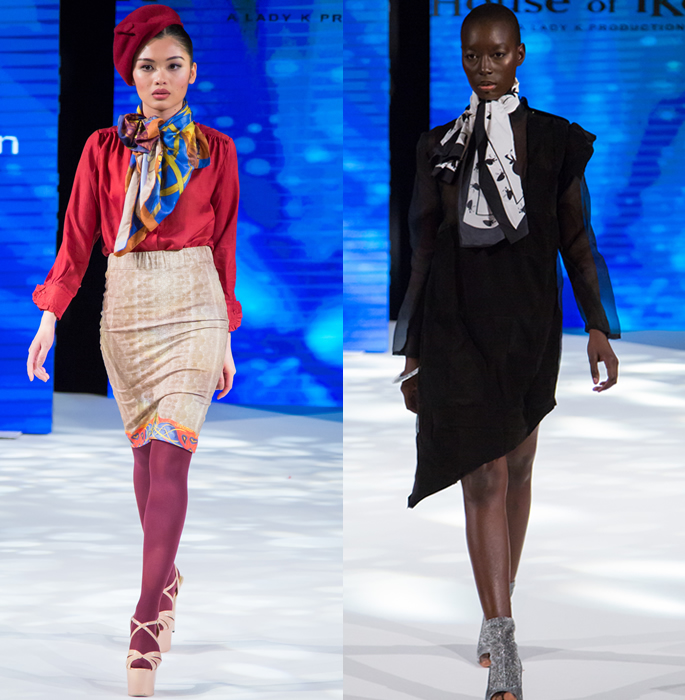 With a total of 17 designers, two of the fashion talents to show off their designs were children!

As Savita explained: “Our models are not only starting early but so are our designers! So, it’s not about age it’s about passion, creativity and the love for everything to do with fashion and creativity.”

Being the youngest designers at the House of iKons, these children bought the most exquisite designs to the runway and shocked the audience with their incredible talent.

First up was 9-year-old Tayla, from Lavender Rose. Tayla was seen leading and modelling her creative designs at House of iKons. The beautiful autistic girl left the audience in awe of her remarkable creativity, that experimented with sheer silver fabric with rainbow accents. Girls and boys donned rainbow face paint and wore multi-coloured ribbon anklets.

Savita said: “Taylor Mai has a gift, she sees beauty, creativity, designs and shapes in everything, something probably you and I may not see. Her condition does not hold her back, but she has accelerated beyond words”. 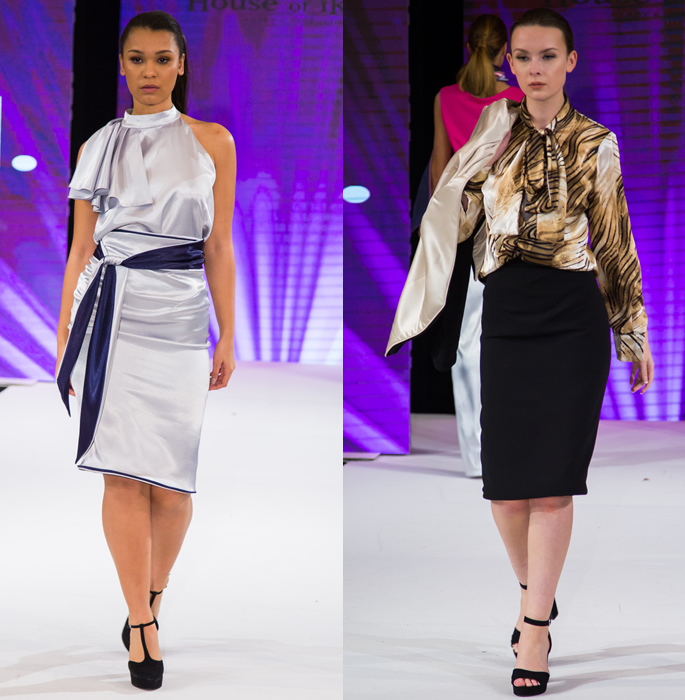 Designed By Josh also impressed on the runway. Heralded by 12-year-old Josh, the collection saw simple clothing for women, which can be worn in the office and during a night out!

Outfits were made of floaty satin and silk. Dresses featured two-tone sashes, while plain trousers were teamed with printed blouses in hues of purple and blue.

With Josh’s creativity, Hollywood and other US productions have recently contacted him in regards to costume design. At such a young age Josh is excelling in his talent!

Officially being partnered up with Budapest Fashion week, House of iKons has taken over the world of fashion, embracing different cultures and helping talented designers.

Of these phenomenal designers is ShenAnnz, who started 12 years back. Their collection is motivated by female empowerment, and they say:

“Our brand ShenAnnz is all about women empowerment and why we empower women because we have come a long way to be where we are today, we have struggled and it’s a big deal. We are self-made.” 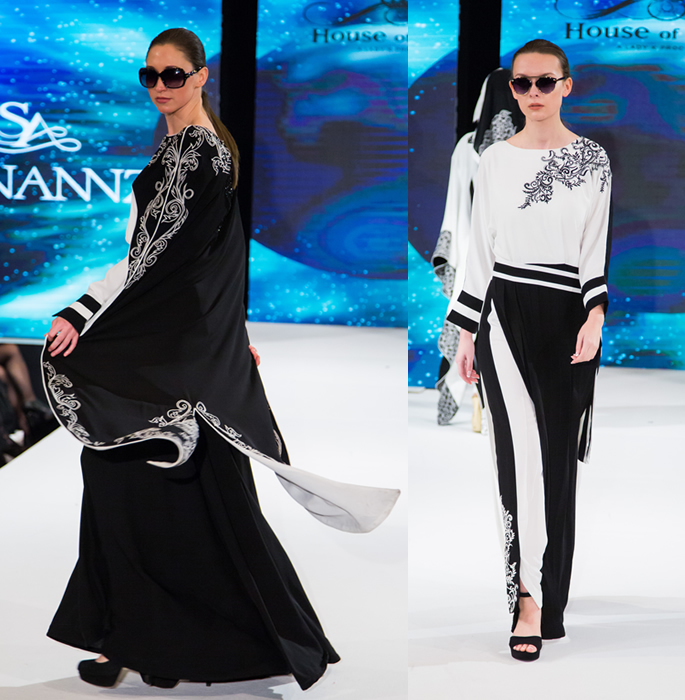 Speaking of their exquisite designs, they add: “Black is a staple colour for all our collections.”

The two sisters, one based in Pakistan and the other based in Europe’s collection screamed elegance. Their monochrome collection screams Middle Eastern chic. From traditional abayas with crystal studs and wide flowing capes. From the gowns to the wide trousers, the wrinkle-free fabric used was hierogram georgette.

Through their designs, the two sisters believe they are bridging the gap between east and west. And while they have no specific target audience, they tend to focus on women’s fashion more.

With this year’s fashion show, Lady K Productions managed yet again to invite remarkable designers and models from around the world to showcase their outstanding talent.

Designer Che Aranjuez from the Philippines brought a uniquely versatile collection to the House of iKons. Mixing unusual fabrics and striking cuts, many considered her collection to stand out as a pure work of art.

Unfortunately, Che Aranjuez was unable to attend the event and personally showcase her work at the House of iKons. However, her cousin Maya presented her designs on her behalf.

As for the clothing, her cousin Maya said it was worth noting that “she has a very specific fabric, some of them are handmade and are from native parts of the Philippines.” 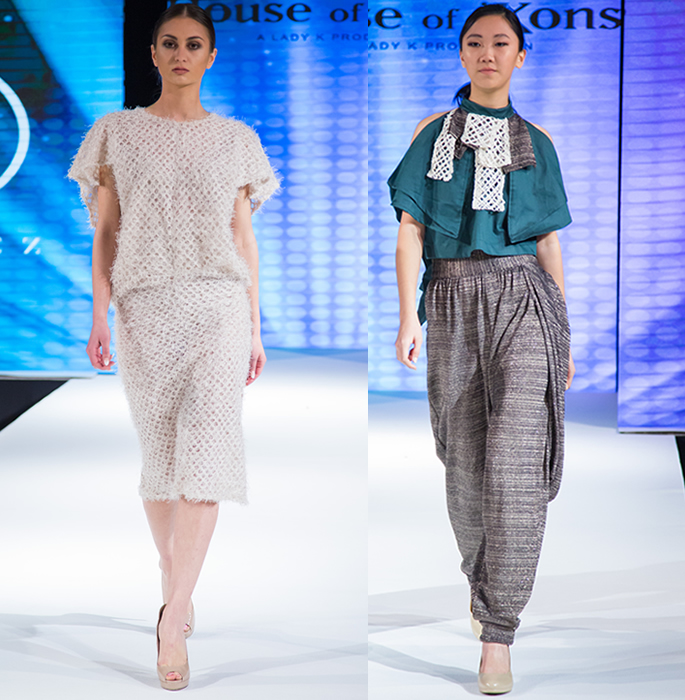 The brand also supports an important charity initiative that raises awareness about child sexual abuse. Furthermore. Maya mentioned: “any collection that will be sold will be donated to that charity”.

From day-to-day wear to beautifully designed evening attire, the designers at House of iKons have taken fashion to a new level.

HoneeMoon saw models where reflective sunglasses on the catwalk to match their eclectic attire. Faux fur, shiny velvets, man bags and muffs stood out in metallic hues of silver, purple and millennial pink.

For the evening showstopper, Aandrei David flew in from the Philippines. David was initially was into acting but later developed his love for fashion. Being the showstopper, his designs certainly stood out! Gowns used rich and luxury fabrics like velvet and silk.

As his clientele consists of mainly socialites and beauty queens, models floated down the catwalk with encrusted clutch bags and glittering tiaras. And the final showstopper was a beautifully embroidered wedding dress and veil straight from David’s bridal collection. 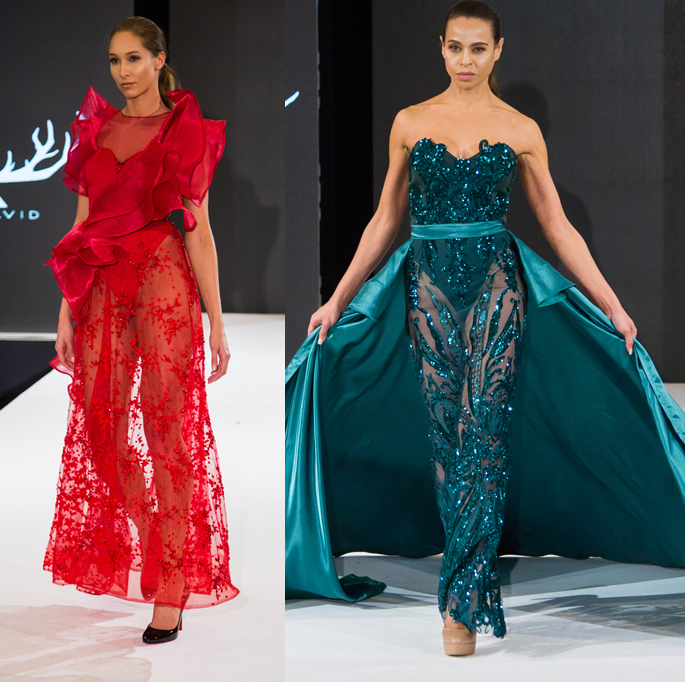 House of iKons, as usual, was a huge success – celebrating some of the upcoming talents of the fashion world, and giving prominence to young designers of all ages and backgrounds.

Looking ahead to House of iKons in the future, Savita mentions: “We’re just going to keep hopefully growing expanding and helping more designers around the world giving them that global platform and turn them into profitable businesses, that’s the aim.”

No doubt, Savita’s fashion house will continue to grow and reach other young and upcoming designers.

Take a look at some of the designer collections in our gallery below: 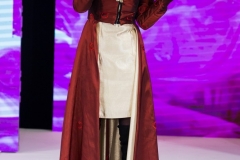 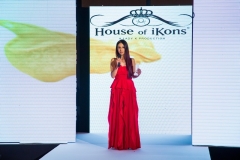 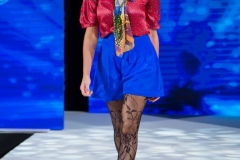 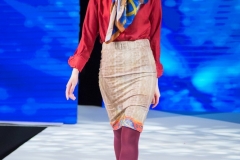 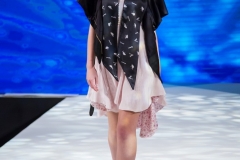 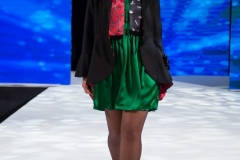 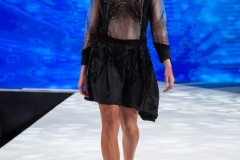 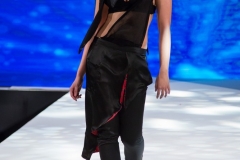 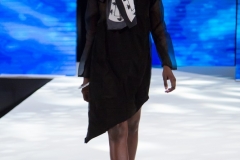 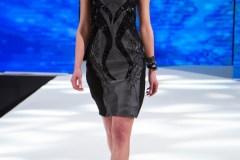 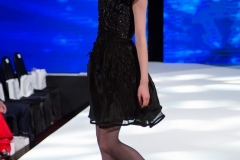 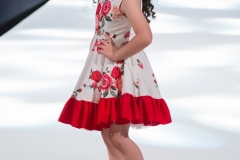 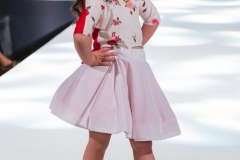 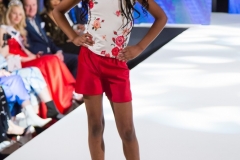 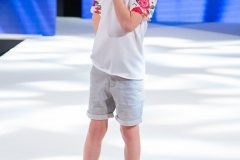 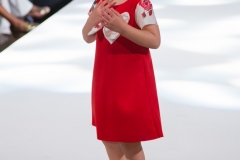 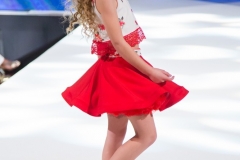 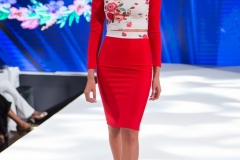 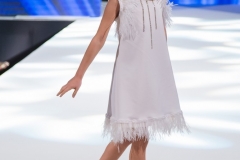 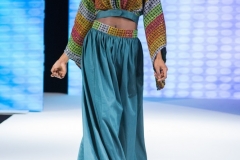