In an exclusive interview with DESIblitz, Hollyoaks star Amrit Maghera gives us an insight into the acting and modelling industry in the UK and India.

Proving that versatile should be her middle name, Hollyoaks actress Amrit Maghera can do it all!

From singing to dancing, acting and modelling, the British Indian beauty has achieved a lot in her career.

Just to give you a little taste: Amrit Maghera has danced for the likes of Yeezy, modelled for India’s leading cosmetic brand Lakme, acted alongside Bollywood stars and sung lead vocals for Indian movies!

That is only the tip of the iceberg, as the lovely actress has returned to her motherland to star in the award-winning UK soap, Hollyoaks!

With the performing arts industry being a tough nut to crack, DESIblitz decided to get expert knowledge from the star Amrit Maghera herself.

You delved into performing arts at a very young age, at what moment did you realise you wanted to make a career out of it?

When I was younger and at school, I didn’t really think about the future that much. I don’t think I knew that having a career in the arts was an option or what it would look like… no one in my family had ever done it before.

It was at university when I realised what I could do with it and that becoming a full-time commercial dancer or model, was a possibility. 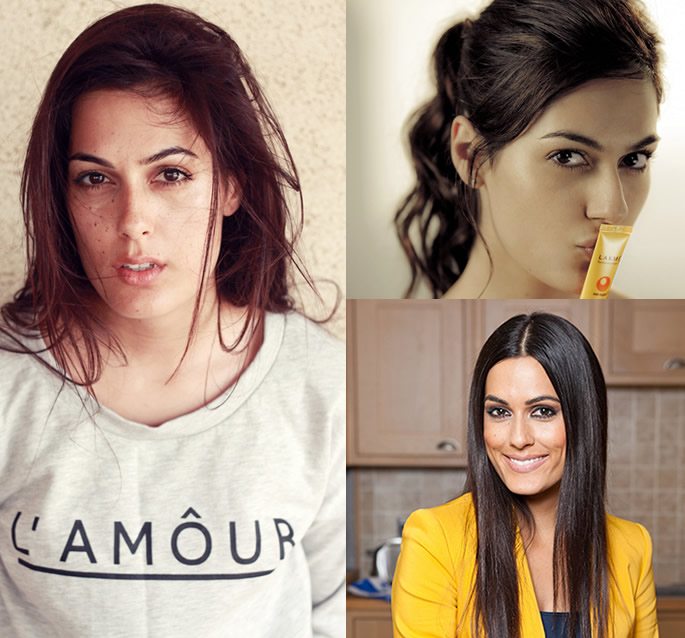 I met my best friend Briony, at Winchester University who was really motivated and ambitious; she inspired me to do something with it and go with her to agency/music video auditions in London.

She took my first modelling pictures and her and my boyfriend at the time urged me to send them to a magazine; they replied and asked me up to London for a shoot. That was the first shoot I did and it went from there.

Hollyoaks is obviously a very exciting role to have gained! How was it when you first began acting at Hollyoaks, what have you learnt so far?

I’m also really enjoying working in one place for a length of time and getting to know everyone. I love living in Liverpool, it’s such a friendly and welcoming city.

How was the transition from the UK to India? Did you ever feel your British heritage hindered you, or made you more appealing?

Hmm, good question! I think it did a bit of both; it definitely helped with getting the contract with Lakme. They liked my freckles and skin colour and the fact that I came from abroad and that I was both Indian and English.

“I did sometimes face a lot of judgement when it came to my British accent though and had to work extremely hard to prove to people in the film industry that I was able to learn Hindi.”

I lost out on certain roles because my accent wasn’t Indian enough. It was frustrating and tough at times but I think my heritage worked in my favour a lot of the time too. I’m grateful for the whole experience.” 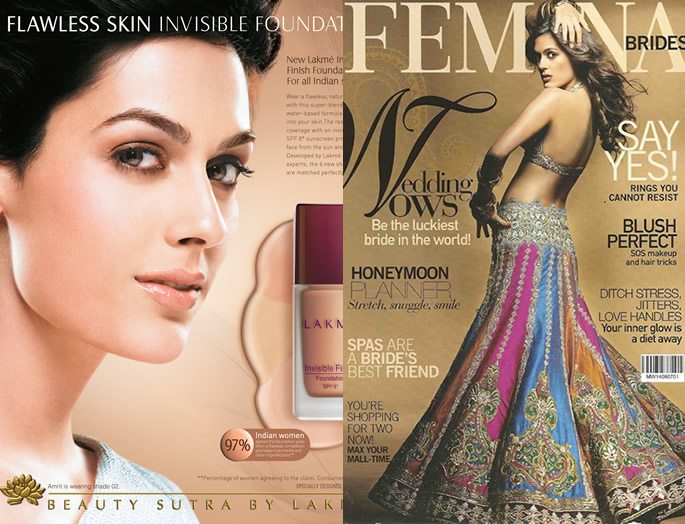 In India, being light skinned is traditionally deemed ‘prettier’, is that still the case – did you ever feel it was an issue for you? Did you ever feel quite ‘aware’ of your skin colour?

I think it worked in my favour more than not. It was definitely brought to my attention that I had fair skin as it’s something I never used to think about before moving to India. It was difficult for me to get my head round, the notion of people desiring lighter coloured skin; I couldn’t believe that there was even a brand called fair and lovely.

I really don’t like the idea or having anything to do with any ad campaigns where the message is ‘fair skin is better’. When I was younger and with Lakme, I did a couple but I wouldn’t front a campaign like that now. I think all skin colours are beautiful and those people shouldn’t be seen for the colour of their skin.

People I worked with assumed that I couldn’t speak Hindi because they assumed I was a foreigner. They would speak about me…I’d wait a bit and then suddenly say ‘Main Hindi bol sakti hoon’. I used to have fun with it!

Do you feel there is a big difference in the Indian acting and modelling industry in comparison to the UK?

Modelling wise I think it’s becoming more and more similar as time goes on, although in England there are better rules and unions to protect the artists.

I guess one big difference is that there is no obvious hierarchy here and everyone gets treated in the same way.

When I was in India, a lot of the commercial world was all about being glamorous, no matter what the brand was, but now reality and diversity are being portrayed more. 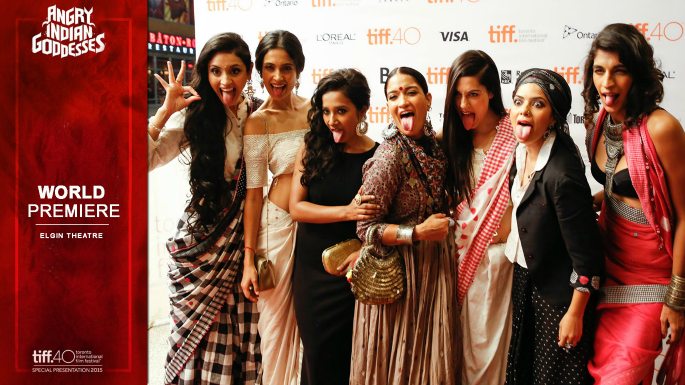 The new Nike ad shows real Indian women with a personality, not just someone dolled up and wearing lots of make-up. I think that’s really cool and it makes me happy to see the industry progressing.

Honestly, I feel really lucky that I’ve managed to work in both places and that I’m even in a position answer this question.

Who has been your favourite person to work with in Bollywood?

I’ve been very fortunate to meet and work with many amazing people. Two of them would be Kiran Rao and Amir Khan. Although I didn’t get the role, I remember doing a workshop with them when they were casting ‘Dhobi Ghat’. They were just the coolest people.

Kiran directed and treated us both equally; there was no hierarchy, no judgement and for the time that I was there, I forgot that he was ‘Amir Khan’. I already had so much respect for both of them and even more after that.

Another person is Dilip Shankar who cast me for ‘Angry Indian Goddesses’ and then became our acting coach for the whole film. He is one of the most amazing humans that I have ever met! So kind, caring, gentle and takes the time to see who you really are.

Which do you think is harder to crack: The UK acting and modelling industry or the Indian?

I can only really speak from my own experience and I think it depends on your  definition of having ‘cracked it’. There have been really tough times in both places and also brilliant times when the hard work pays off.

I got to a certain recognisable place in India quite quickly but it was hard being away from my family and friends and adjusting to a totally different culture and environment. 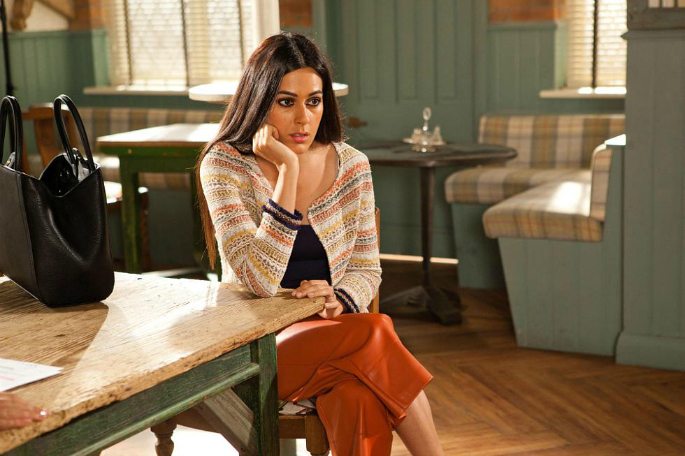 When I moved back to England, I realised that I wanted to concentrate on an acting career and had to knuckle down, study the craft, be patient and start from scratch in a whole new environment.

What would you claim is the highlight of your career; if you could return to one specific time, which would you return to?

To be honest, I’m loving what I’m doing now… playing Neeta on Hollyoaks as well as seeing the reactions of audiences in different countries where ‘Angry Indian Goddesses’ is having its cinema release.

I am extremely grateful that I’m getting to learn so much from my job and the people I work with at Hollyoaks, as well as seeing the feedback and witnessing people connecting to a film that I am and will always be so passionate about.

Unfortunately, British Asians are often pushed towards a more ‘academic based’ careers. How would you advise someone that wanted to pursue a role in the same industry?

It’s easy for me to say I think, as I have a very supportive family, but I’d always say, go for it!! If doing something in the arts is what you want, then I don’t think that anything can or should stop you.

I think what scares parents is that it can be an unstable career; it works differently to a 9-5 job. My family worried about me living so far from home at such a young age and were probably more concerned about me from a safety point of view, but they’ve always been right behind me with encouragement. 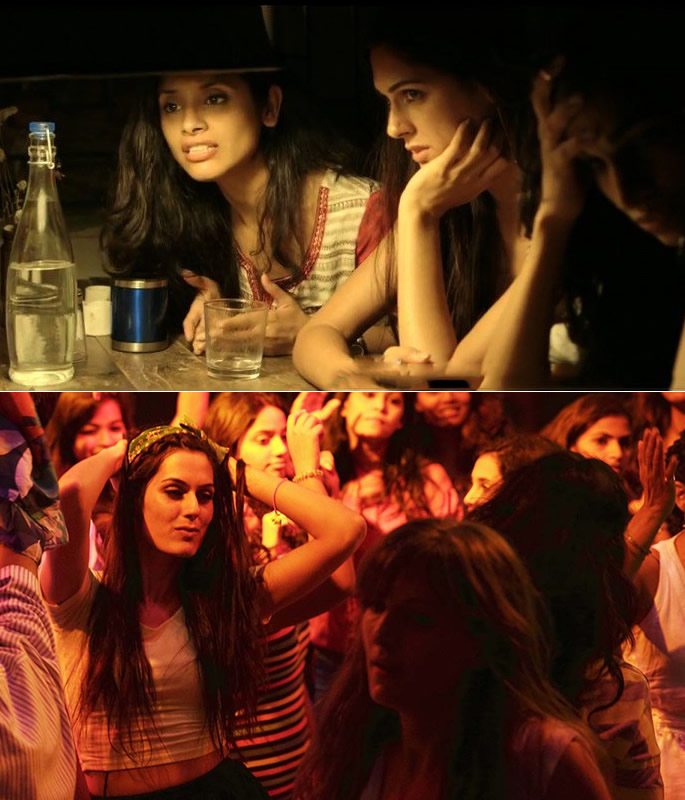 I’d advise someone to just work hard and to not give up. It takes a lot of balls sometimes to keep going and trying to manifest the things that you have inside your head but you have to just keep going and believe it but at the same time live your life and have a laugh too!

Do you feel the Indian identity is truly represented in UK soaps or do you think more can be done?

I don’t get that much time to watch the other soaps but I can definitely say that the writing department, stylists and producers on Hollyoaks go to great lengths to make sure that they represent cultures in an authentic way.

I had an Indian wedding [on Hollyoaks] recently and they made sure that they got everything perfect, including the henna on my hands.

What I really love is that Neeta isn’t portrayed in a stereotypical way; she’s a pub landlady and her boyfriend is more than twice her age and English. Essentially I think it’s important to show Asians in all different lights to show reality.

Is there more room for Asians in the modelling and acting industry and, if so, what do you feel is the best way to ensure diversity?

To me, there definitely are more Asians in the industry now than there were before. I think ensuring diversity is important but more importantly, it should just be about talent over anything else.

From starring in magazines to cinematic screens, Amrit Maghera is the perfect indication to how we should never shy away from our dreams! The team at DESIblitz wish her the best for her new venture of making her mark on British TV.