Highlights of the 5th Asian Awards 2015

“I am honoured to accept an award on the same stage as people that I've looked up to, namely Shahrukh Khan.”

Held on Friday 17th April 2015, at the Grosvenor House Hotel, London, the 5th Asian Awards was nothing short of a star studded affair.

Honouring the very highest levels of achievement from within the worldwide Asian community, the Awards emphasised the inspiring achievements in the fields of business, philanthropy, sport, entertainment and popular arts and culture.

Zayn notably won in the ‘Excellence in Music’ category and came to the awards with his mother and sister. Despite his rather sudden and controversial split from One Direction, he still took time to thank his bandmates: 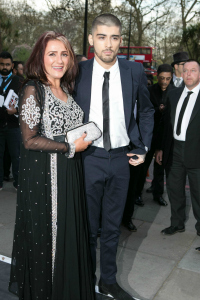 “I am massively honoured to be here tonight and humbling to accept an award on the same stage as some people that I’ve looked up to my entire life, namely Shahrukh Khan,” Zayn admitted in first public appearance since his split from 1D.

“I’d like to thank God for allowing me to do what my dreams were and my family for their support.

“I’d also like to take this moment to thank four of the best guys that I ever met whilst being in the band and doing all the amazing things that I did. Some of the things that we did will stay with me for the rest of my life.”

Naughty Boy revealed that the song he had released (and later deleted) of his collaboration with Zayn Malik was actually an old song, which was recorded for but ultimately did not make it on to One Direction’s last album, Four.

He remained tight-lipped about their future projects together and when he presented the award to Zayn said that he was very happy that he had won this award and that they were great friends.

Actress Preeya Kalidas revealed that she was excited to see Zayn’s collaboration with Naughty Boy: “He always stood out from the band as having his own style and a different type of music that he wants to do.”

Sanjeev Bhaskar called Zayn ‘a talented guy’, and felt that there is always a right time and a right place for the decision one has made. 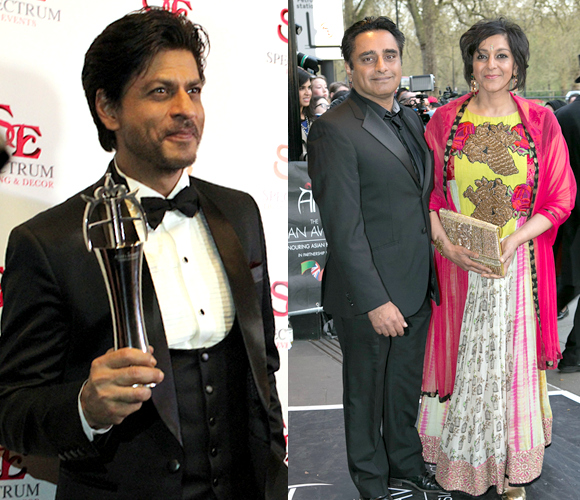 Even Shahrukh khan was elated to see Zayn Malik as they were happily seen hugging and taking selfies with each other at the beginning of the awards ceremony:

“I don’t know about the politics of him [Zayn] leaving the band but I do see that he is very talented and will go far in the future.”

King Khan also took away the award for ‘Excellence in Cinema’:

“For me, I don’t understand the fame and the money, where I am and where I’ll end up. The fact that I can wake up in the morning and create a smile on people’s faces is what means a lot to me.”

When asked about his biggest accolade, he expressed that he would like to be part of an Indian film where the world looks at it as an international film-not an Indian film. SRK added: “The other award winners are people that I can look up to, like Sanjeev Bhaskar and Mr Bose.”

Sanjeev won in the Television category and spoke about his upcoming projects which fans can look out for: “I’m currently doing a murder drama for ITV; and a play, Spamalot, which I have been involved in for a few years. In September, audiences will get to see a one off special of Goodness Gracious Me.” 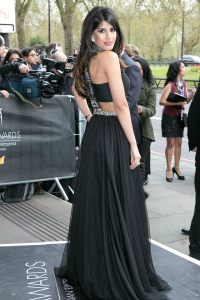 On the incredible response the comedy series has achieved even now, he revealed: “I’m slightly surprised that no one else has done it since we have but I guess it is always difficult to get a comedy team along. It is exciting though that the new generation are finding it on YouTube and still find it relevant.”

He also shared an anecdote about how him and Shahrukh are buddies because when he went to Mumbai 20 years ago, Shahrukh recognised him from Goodness Gracious Me and said that he used to watch it whilst in London for his knee operation: “Then I got to hang out with him and Juhi Chawla when they were shooting.”

Amar Bose, mastermind behind Bose speaker products, received the ‘Founders Award’; while the Hinduja brothers won the ‘Business Leader’ award. In their speech, they said: “Money is not success. Our late father had the principle of giving. When you’re successful, you have to think about giving and happiness should be within yourselves.”

Guests were entertained by a performance from the cast of the West End musical, Bend it like Beckham, directed by Gurinder Chadha.

Apart from the award winners, the guest list was star studded. From TV reality stars, the Desi Rascals boys and Jasmin Walia from The Only Way Is Essex, to Indian actress Shabana Azmi, to comedian Russell Peters. 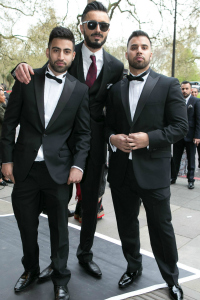 Jasmin, one of the best dressed at the awards, stunned with a turquoise and black gown and candidly talked about TOWIE and the future:

“I still love TOWIE and want to be in a couple more series, but I do want to focus on acting and singing in the future.”

When asked about whether she would want to be a part of Bollywood, she said she’d love that opportunity: “I’m actually a huge fan of Shahrukh Khan and my favourite Indian film is Taal.”

The Desi Rascals boys exclusively chatted to DESIBlitz that they were very excited to be here especially considering the response of the show has been so great. Owais said: “It’s nice to finally dress up and makes a change from the gym clothes.”

They also revealed a few inside hints of Series 2: “A lot more drama, a lot more fun and tears. And Owais is going to get married and so there will be another Desi wedding!”

Here is a list of winners of the Asian Awards 2015:

Entrepreneur of the Year
Jack Ma

Business Leader of the Year
The Hinduja Brothers

The Asian Awards certainly lived up to expectations, and we can only hope that next year’s line up will be bigger, better and more star-studded! Congratulations to all the winners!