SRK rushed to save Aishwarya’s manager as her clothes caught fire. He is not only a hero onscreen but is also a very brave off-screen.

The Badshah of Bollywood Shah Rukh Khan (SRK) proved he is a hero in real life as he saved Aishwarya’s manager, Archana Sadanand from a fire.

The accident occurred during a Diwali party held by the Bachchan family where Archana was talking to a filmmaker.

Suddenly, her clothes caught fire in the garden area. Immediately SRK removed his jacket and started putting out the fire. He did not stop for a second to think about his safety.

In the process of saving Archana, Shah Rukh Khan received minor injuries. According to a source close to Mid-Day, SRK rushed to save Archana. They stated:

“It was just after 3 am and a few guests were still around. Archana was with her daughter in the courtyard when her lehenga caught fire. Those around were stunned and didn’t know what to do.

After SRK managed to put out the fire, Archana was rushed to Nanavati hospital where she was admitted to the ICU (intensive Care Unit).

The doctor confirmed that she sustained 15% burns on the skin. 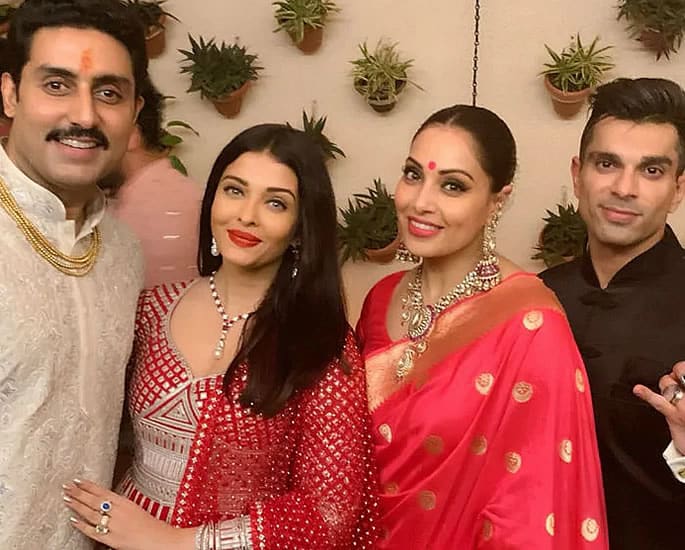 As the fire accident occurred during the early hours of the morning, many of the guests had left.

When news of SRK’s heroic act broke out, many went on social media to praise the star for his noble act.

Salman Khan took to Instagram to applaud SRK for his bravery. He posted a clip of SRK from the film Happy New Year (2014) with a special voiceover.

In the video, Salman Khan can be heard saying:

“Hero woh hota hai jo aag mein kood ke, bhuja ke, bachaata hai.” (A hero is someone who jumps into fire, puts it out and saves you).

“Mohabbatman to the rescue! Praying for Archana’s speedy recovery.”

On the night SRK was Archana’s knight in shining armour as he selflessly rushed to her rescue. Hats off to Shah Rukh Khan for his quick thinking and courage.

Ayesha is an English graduate with an aesthetic eye. Her fascination lies in sports, fashion and beauty. Also, she does not shy away from controversial subjects. Her motto is: “no two days are the same, that is what makes life worth living.”
Sara Ali Khan has a ‘Woman Crush’ on her Mum Amrita Singh
Kangana Ranaut’s biopic Thalaivi in Trouble and Halted?