Public Health England has launched the Government’s first national cervical screening campaign to combat the decline in people getting tested.

"it's a five-minute test that could be lifesaving."

Public Health England (PHE) has launched a new widespread campaign to increase the number of women attending their cervical screening.

Cervical Screening Saves Lives has been launched to tackle the decline in the number of women getting tested.

The campaign encourages women to respond to their cervical screening invitation letter. If they missed their previous screening, they should book an appointment with their local GP.

The campaign has also received support from the South Asian community in England as Dr Archana Dixit, from West Middlesex University Hospital explained:

“Attending regular cervical screening is one of the most important things women can do to protect themselves from getting cervical cancer.

“I strongly feel that it’s crucial to get this message across to South Asian women so that they recognise that screening can stop cancer before it starts and thus save lives.

“Coming from the same community, I believe that I have an understanding of some of the barriers to testing within the South Asian community and hence would like to dispel some of the misunderstandings around this.

“Many women in South Asian communities, like other women are nervous or embarrassed about the test and hence put off having it done.

“Some fear the test might be uncomfortable but the nurse doing the test will talk to you about your concerns and help put you at ease.

“There is also a perception that its promiscuous women that need the test or the belief that it’s not necessary if you’ve only had one partner.

“That’s not the case and I would like to stress the importance of not ignoring your screening letter, it’s a five-minute test that could be lifesaving.”

Approximately 2,600 women are diagnosed with cervical cancer in England each year. Around 690 women die from the disease, which is two per day.

It is estimated that if everyone attended their screening, 83% of all cervical cancer cases could be prevented.

Research from PHE shows that almost every eligible woman would be likely to take a test that would help prevent cancer.

Of those who have attended a screening, 94% would encourage others to attend their screening

Despite this, one in four women aged between 25 and 64 in the UK have not attended their test. This puts screening at a 20-year low.

The new campaign provides practical information gives reassurance to women who may be fearful of finding out they have cancer.

“When I get my reminder in the post, I don’t just put the letter to one side, I’ll call the GP surgery and make my appointment otherwise it’s too easy to forget and get busy with life.

“Once I’ve had my test it gives me peace of mind for a few years.

“I’d urge all you ladies not to ignore the crucial cervical screening test which could potentially save your life.”

Around 2,600 women are diagnosed with cervical cancer in England each year. Around 690 women die from the disease, which is 2 deaths every day. It's estimated that if everyone attended screening regularly, 83% of cases could be prevented. #CervicalScreeningSavesLives pic.twitter.com/DSX2rQicCG

“The decline in numbers getting screened for cervical cancer is a major concern as it means millions of women are missing out on a potentially life-saving test.

“Two women die every day in England from cervical cancer, yet it is one of the most preventable cancers if caught early.

“We want to see a future generation free of cervical cancer but we will only achieve our vision if women take up their screening invitations.

“This is a simple test which takes just five minutes and could save your life. It’s just not worth ignoring.”

Screening is not a test for cancer. It can help prevent cervical cancer before it starts, as the test identifies potentially harmful cells before they become cancerous.

Screening ensures women get the right treatment as quickly as possible.

The research highlights that the majority of women have a positive experience once they have been screened.

Actress Sunetra Sarker said: “I was so surprised to find out that two women die every day of cervical cancer in England, even though it is one of the most preventable cancers. 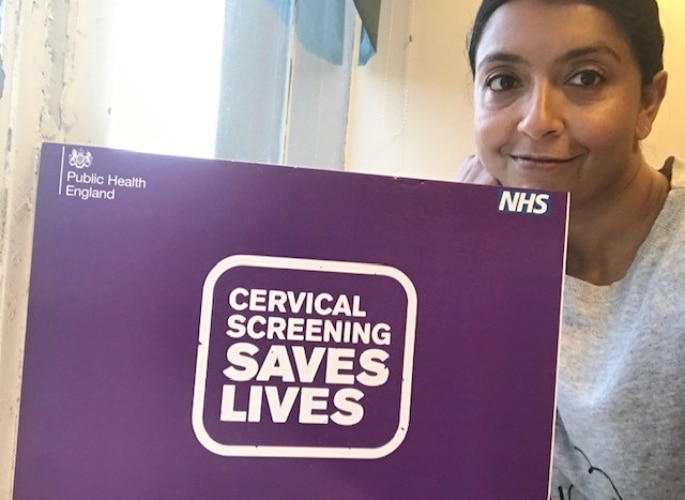 “I know that there are so many reasons why women, and especially Asian women, avoid going for their cervical screening test.

“I hope this campaign will encourage Asian women to be more open about discussing cervical screening and get tested.”

The campaign is also being supported by charities and there are more advertising campaigns on TV.

Dhiren is a journalism graduate with a passion for gaming, watching films and sports. He also enjoys cooking from time to time. His motto is to “Live life one day at a time.”
The Health Impact of the Smoking Problem in India
7 Beauty Secrets of Aishwarya Rai Bachchan