Has Mia Khalifa split up with Rapper BF Jhayco?

Mia Khalifa has shared several cryptic social media posts that have suggested she may have split up with her rapper boyfriend Jhayco.

"you been emotionally mature through the whole relationship"

Mia Khalifa has left fans speculating about the state of her love life after sharing some cryptic posts on her social media.

The former adult film star has been in a relationship with Puerto Rican rapper Jhayco since November 2021.

She frequently shares loved-up posts of them together but her recent posts have suggested otherwise.

Mia took to TikTok to post a cryptic video which has led some of her fans to believe the couple are experiencing some difficulties in their relationship or have split altogether.

In the video, Mia is seen swinging her fist at the camera, captioning it:

She also offered a disclaimer that the punching was a joke, writing:

“Jk these hands only use prayer a weapon.” 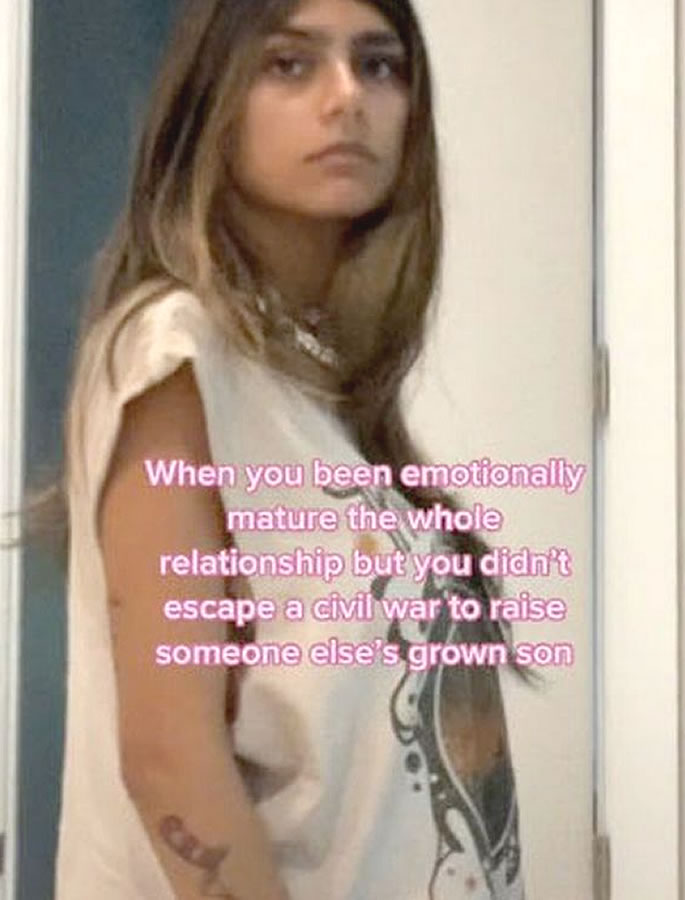 “Using your toothbrush to clean my jewellery.”

Using your toothbrush to clean my jewelry ?

The cryptic posts left fans wondering what has happened to her and Jhayco.

Believing that the couple have split up, fans took to the comments section.

One said: “Dammit Jhay I was rooting for y’all.”

Another user asked: “Wait what did Jhay do?!!”

Others praised Mia for supposedly breaking up with the rapper.

A person wrote: “Woahhh not her coming for Jhayco.”

“Love you Mia, no man needs you to be happy you’re so cute and deserve the best.”

One eagle-eyed fan claimed they noticed Mia was not in any photos from Jhayco’s concert in Puerto Rico on August 11, writing:

“I was looking for you at the PR Thurs concert. When I didn’t see you there I knew.

“Good for you babe! You’re still welcomed here in PR whenever!”

But some believed that a breakup is not the case and that Mia was actually talking about an ex-lover.

A user said: “This could very well be about one of her ex’s and not Jhayco. You guys assume too quick.”

Mia Khalifa has been holidaying all over the world throughout 2022 and some of it had been with Jhayco.

She previously sent fans into a meltdown after she shared a racy confession whilst on her trip to Ibiza with him.

Sharing secrets with her followers while holidaying in the sunny hotspot, she asked fans to send in their questions for her, prompting one to ask if she had done “it” while on the romantic getaway.

Not one to shy away from her bedroom antics, Mia responded: “Hell yeah.”

Dhiren is a journalism graduate with a passion for gaming, watching films and sports. He also enjoys cooking from time to time. His motto is to “Live life one day at a time.”
Indian Women Fight in Delhi Metro over Seating Arrangement
Indian Woman beats E-Rickshaw Driver after Collision