Amitabh Bachchan and Ayushmann Khurrana’s film Gulabo Sitabo has attracted criticism from theatre owners for opting for a digital release.

One of 2020s most highly-anticipated Bollywood films, Gulabo Sitabo will have a digital release on Amazon Prime Video due to the coronavirus pandemic.

Despite filmmakers’ decision, it appears Amitabh Bachchan is somewhat disheartened with their decision.

Taking to Instagram, Amitabh revealed Gulabo Sitabo (2020) will be releasing online and considers it to be a “challenge”. He wrote:

“NOW another challenge .. DIGITAL RELEASE of my film .. GULABO SITABO!!

“Honoured to be part of yet another challenge!!”

Also, INOX theatres are displeased with filmmakers’ decision and released a statement expressing the same. It read:

“INOX would like to express extreme displeasure and disappointment on an announcement made by a production house today, to release their movie directly on an OTT platform by skipping the theatrical window run.

“The decision of the production house to deviate from the globally prevalent content windowing practice is alarming and disconcerting.”

The statement continued to mention how cinemas and film creators share a beneficial partnership. It said:

“Cinemas and content creators have always been into mutually beneficial.”

“In these troubled times, it is disturbing to see one of the partners not interested in continuing the mutually beneficial relationship.

“Especially when the need of the hour is to stand shoulder to shoulder with each other and bring the film industry back to its vibrant best.

“Needless to say, INOX will be constrained to examine its options and reserve all rights, including taking retributive measures in dealing with such fair-weathered friends.” 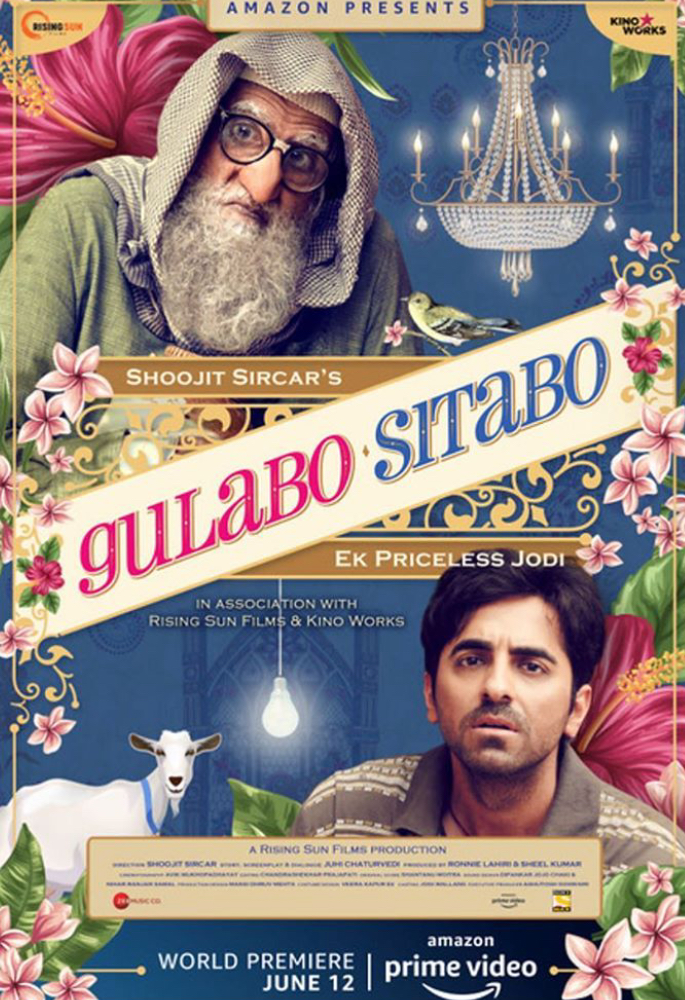 The theatre owners concluded their statement urging the filmmakers of Gulabo Sitabo (2020) to avoid skipping its theatrical release saying:

“INOX would like to urge all content creators not to skip the theatrical run and stay with the age-old and established windowing pattern which is in the best interest of all stakeholders in the value chain.”

Gulabo Sitabo (2020) is an upcoming comedy-drama helmed by Ronnie Lahiri and Sheel Kumar.

The film is directed by Shoojit Sircar and stars Amitabh Bachchan and Ayushmann Khurrana as warring men.

We wait to see whether this decision greatly impacts the film’s takings. Gulabo Sitabo is scheduled to release on June 12 2020 on Amazon Prime Video.

Ayesha is an English graduate with an aesthetic eye. Her fascination lies in sports, fashion and beauty. Also, she does not shy away from controversial subjects. Her motto is: “no two days are the same, that is what makes life worth living.”
Katrina Kaif shows Support for Victims of Domestic Abuse
Zareen Khan reveals Struggle after Father Walked Out