Directed by Mukul Ahmed and written by Tarun Jasani, Gauhar Jaan – The Datia Incident is set during the height of British India in 1902.

In the backdrop of the Mughal courts, music, poetry and dancing courtesans are a popular pastime. An American musician and recording engineer called Fred Gaisberg is in possession of a newly invented gramophone. He travels across India in an attempt to capture the ‘exotic sounds of the East’.

Gaisberg finds himself drawn to the melodious talents of a famous young courtesan called Gauhar Jaan from Kolkata. ‘Queen of the Arts’ Jaan is not only renowned for her singing and dancing but her fierce openness, progressive opinions and unabashed arrogance.

She is something of a revolutionary figure in India, at a time when most women are kept behind closed doors. As Gaisberg hopes to find out more about this fearless woman, he uncovers the truth about Jaan’s infamous encounter with Maharaja Bhawani Singh Bahadur in Datia.

Full of scandal and intrigue, Mukul Ahmed’s play celebrates the extraordinary talents of this musical star. A truly groundbreaking individual, Jaan’s contribution to world music has left a lasting impact. Now her unique story is brought to life in this historical play. 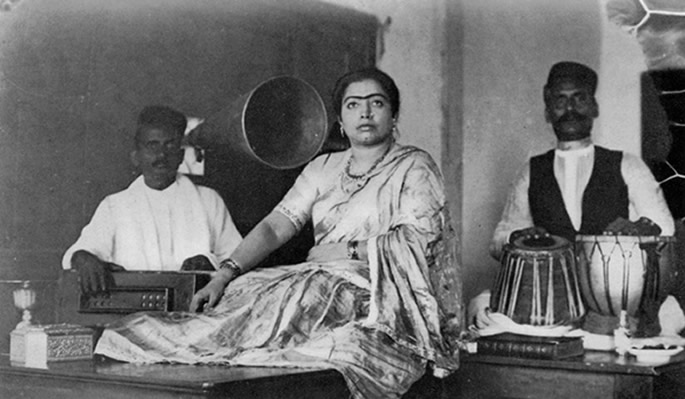 In a special interview with DESIblitz, director Ahmed shares more about the inspiration behind the musical play:

“Gauhar Jaan’s contribution completely revolutionised the Indian musical scene at all levels. Firstly, she opened up the scope of using the recording industry to reach wider audiences, not only in India but globally. This not only exposed Indian music to the world but it also set motion a series of changes which would ultimately evolve the art itself from the inside.

“Musicians of one style were able to listen and play back a performance from a musician of a different style and so, learn the compositions and even the style through this new method of study. Their own repertoire, therefore, became broader and riches as a result.

“From an audience’s perspective, they became more aware of music of different regions and different artists and this served to increase the demand of musicians and helped sustain a musician’s income during the decline of the patronage system which was occurring at the same time.

“In this sense, the concert audience became the new patrons of Indian music and so, the recording industry formed the backbone to connect the artists to their new patron.

“While many musicians felt that the microphone would somehow rob them of their voice, Gauhar Jaan embraced the technology and made full use of what it had to offer. This business sense and vision was key.”

It is thought that in her lifetime, Gauhar recorded more than 600 songs in a variety of languages, thus transforming the way listeners and artists engaged with Indian music.

Of Armenian descent, Gauhar’s Indian mother, Victoria was classically trained in music and dance. A prominent courtesan herself, she passed her talents onto her daughter, Gauhar.

Jaan was given professional training in Banaras before debuting her singing and musical career in Kolkata in 1896.

From there, her career rapidly rose until six years later she was introduced to the recording engineer Fred Gaisberg of the Gramophone Company.

Ahmed adds that it was not just Gauhar’s talents on the music scene that make her an interesting point of historical study. In fact, as Mukul reveals, Gauhar’s superstar celebrity status gave way to many scandalous rumours that followed her throughout her life. Including the ‘Datia incident’ with a Maharajah, which forms the focal point of the play:

“It is more the fabrication of stories and exaggeration of truths when it concerns celebrities that interested me to write the play than something amazing I saw in her life,” Ahmed explains.

“I believe Gauhar Jaan’s life was typical of the life of many musicians and dancers in India then as well as today and as always, what was presented for the public was far more colourful than the mundane truth that lay beneath.”

Gauhar Jaan – The Datia Incident at the Omnibus Theatre 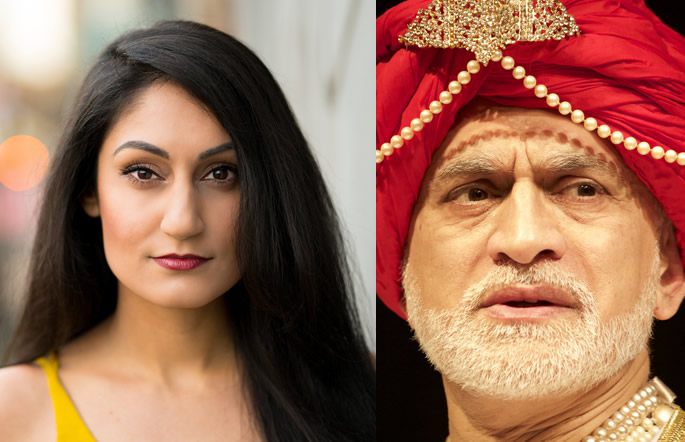 Speaking about the Mukul and Ghetto Tiger’s production, Ahmed tells us: “A play about a Courtesan invites a romantic image. Add a Maharaja and one would definitely expect something romantic. This is what biographers, publicists, writers and filmmakers have played on.

“I have gone the opposite way. It is a light-hearted comedic piece which pokes fun at courtly etiquette.”

Playing the pivotal character of Gauhar Jaan for Mukul’s play is Sheetal Kapoor. She is joined by the likes of Harmage Singh Kalirai who plays the Maharaja Bhawani Singh Bahadur, and Jordon Kemp as Fred Gaisberg.

Choreographing the musical play is Arunima Kumar. As Mukul explains, both dance and music are a vital aspect of his and writer Tarun Jasani’s storytelling:

“Dance was and is an integral part of Indian culture and vehicle for sublime expression. The courtesans were very well versed in both music and dance to make the art of expression wholesome. I aim to integrate and re-imagine the form together with the choreographer,” says Mukul.

“Every component of a play, from the actors, lighting, set, music, dance, sound design are all ingredients to bring the writing to life and so, must be added with the intention to strengthen the narrative. If it doesn’t serve that purpose, it doesn’t belong there.

“Sometimes, silences serves a scene or even the entire play better than having lots of music. It’s exactly like cooking. Chilli powder on corn flakes always work.”

Ahmed and Jasani’s play then promises a completely original take on Gauhar’s life story. One that will both entertain and enlighten audiences at the Omnibus Theatre.

Interestingly, the play also has an accompanying exhibition, curated by Rolf Killius. It will highlight key details of Gauhar’s life as well as the prominence of female courtesans during Mughal India.

There will be special features on the rise of recording music in India, including original recordings and archive material that will be on public display for the first time.

Ahmed says: “Rolf Killius, one of the curators of the exhibition, has been involved with the research side of this project from the beginning. We visited the EMI together, where we were shown various rare images of Gauhar Jaan, heard some of her rare music and told various interesting anecdotes about her and [Fred] Gaisberg’s meeting.

A promisingly vibrant play on one of India’s most renowned musical stars, Gauhar Jaan – The Datia Incident will show at Omnibus Theatre between 10th and 29th April 2018.

Aisha an English literature graduate, is a keen editorial writer. She adores reading, theatre, and anything arts related. She is a creative soul and is always reinventing herself. Her motto is: “Life is too short, so eat dessert first!”
Kalbelia: Is this the Most Sensuous Dance in India?
Bangla New Year: Pohela Boishakh at Birmingham Town Hall