Fired Treasury Advisor claims she was ‘never given reason’

Former Treasury advisor Sonia Khan has opened up on her dismissal by Dominic Cummings and claimed that she was not given a reason.

"you feel you worked so hard to get a seat"

Treasury advisor Sonia Khan has claimed that she was “never given a reason” for her dismissal.

Ms Khan was a special advisor to Sajid Javid when he was chancellor. She was dismissed following a meeting in August 2019 with Boris Johnson’s former chief advisor Dominic Cummings.

She was then escorted out of Downing Street by a police officer.

In November 2020, Ms Khan reached an out-of-court settlement before her case was due to be considered at an employment tribunal.

Now, Ms Khan has spoken out for the first time about her “sadness”.

Ms Khan said: “My first emotion was just what can I do to stop this happening again and it wasn’t until I’d say maybe the very end of last year that I’d really processed it as we came to the end of the legal case.

“I think there is a sadness that hits you because you feel you worked so hard to get a seat at that table.

“I spent five years in five different government departments and I started as a door knocker, someone who put leaflets through people’s doors… I’d really worked from the ground up.”

“I think the sadness is around the fact that were there enough people from other backgrounds sort of like me to be the voice for other people?

“And so the reason I wanted to come on and speak to you was to try and encourage those other people to come forward.” 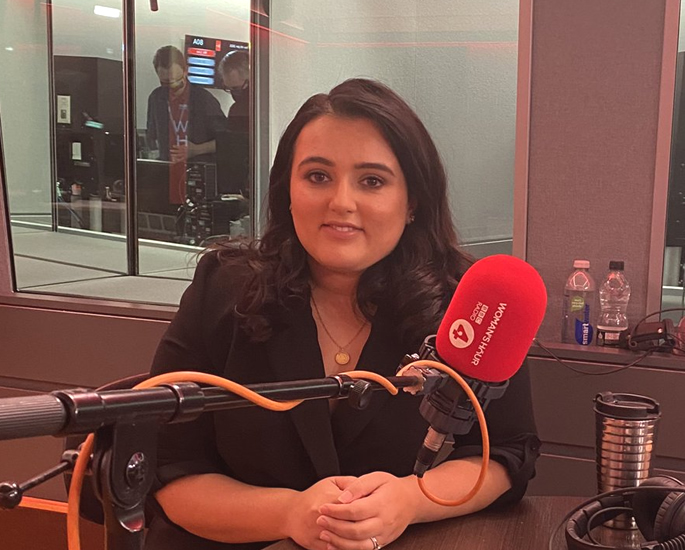 Ms Khan said that she “had a disagreement” with Mr Cummings after being called into a meeting that she was not expecting.

During the meeting, she handed over both her personal and work phones.

On being escorted, the former Treasury advisor said it was “not as dramatic as it sounds” and that she “felt sorry” for the officer.

Ms Khan added: “He was actually really nice and he was just walking me to a back gate as I didn’t have a pass to exit at that stage.

“I felt sorry for the police officer because he hadn’t been in that situation before and I think was shocked at the request as the police don’t get involved in those employment sort of issues or exercises.”

No reason was given for her dismissal, but it is believed she was accused by Mr Cummings of leaking Brexit details.

Ms Khan rejected the claims and said: “I was never given a reason about why what happened – happened – and that for me was the sort of trigger to take the action that I did, which is the legal action that I’m referring to.

“Nobody ever said it was because you did X, Y and Z. I know there were lots of reports in the media but none of that was ever put to me.

“I remember at that time feeling quite strongly that if I’m not given a reason and if there’s a chance that this could happen again, it sets a really bad standard and a precedent.

“Especially for a lot of the advisers who were coming into that Government who were really young at the time… so I felt like I had a real responsibility to them.”

Since leaving the government, the ex-Treasury advisor felt that there had been “significant change” in terms of providing protection to special advisors.

On whether she had been intimidated by Mr Cummings, Ms Khan said she could “see why he or anyone else in government, particularly those who are in really powerful roles, can be seen that way”, but added:

“I don’t want to be a footnote in someone else’s history.”

A Government statement read out on Radio 4 said:

“It’s an important point of principle that ministers can select their special advisers and therefore if they lose confidence in them can dismiss them and this remains the case.”

Dhiren is a journalism graduate with a passion for gaming, watching films and sports. He also enjoys cooking from time to time. His motto is to “Live life one day at a time.”
Police Officer jailed for Sexually Assaulting Girl
Indian Woman pours Boiling Oil on Sleeping Husband