Desi Rascals 2 was a baptism of fire for new boy Adam Michaelidies. The Pakistan-based entrepreneur speaks exclusively to DESIblitz about Ferraris, Owais, and Yasmin.

From the opening episode of Desi Rascals 2, Adam Michaelidies was the ‘new kid’ to watch out for.

He has made his mark with his playboy lifestyle, and cruising around in his white Ferrari.

Born to a Greek Cypriot father and a Turkish mother, Adam is an oil and gas trader based in Karachi, Pakistan.

In an exclusive Gupshup with DESIblitz, Adam tells us about his face-off with Owais in the Battle of Alpha Males in episode 3, plus his back story romance with Yasmin!

What was it like coming in as a new cast member? 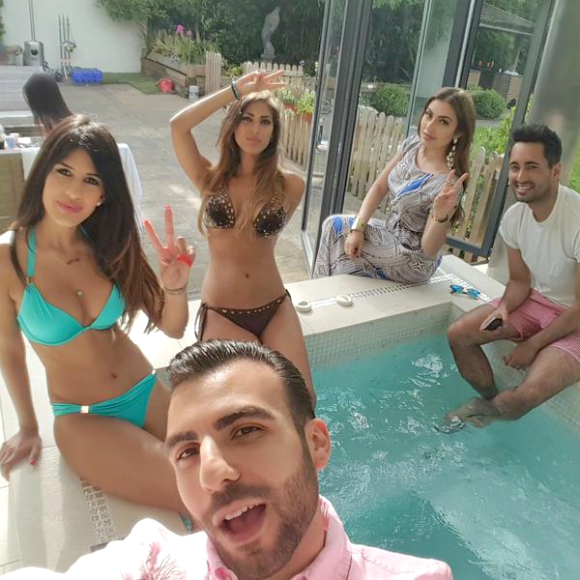 “I felt like I was at school again. It was like being the new kid on the block.

“When you’re meeting new people, everyone is ready to judge you.

“You’ve got to be careful what you say and how you portray yourself.

“I felt like in episode one, I came across as ‘Who’s this new guy?’ Nobody really likes me. I got slated quite a bit on Twitter.

“But then as the weeks went on and people got to know the real me, it got better for me.” 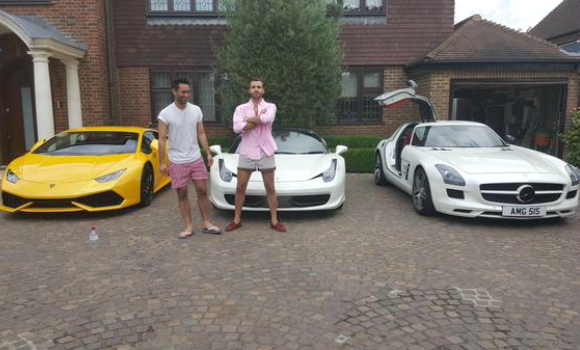 “I’m not an arrogant guy. I’m not stuck up or snobby. Unfortunately, people only realise that as they get to know me.

“And they understand why certain things get said and done, as like a defence barrier.

“I’d rather come across as the arrogant guy, so people find it hard to hurt me.

“Whereas, if I was the nice guy, people always take my kindness for weakness. 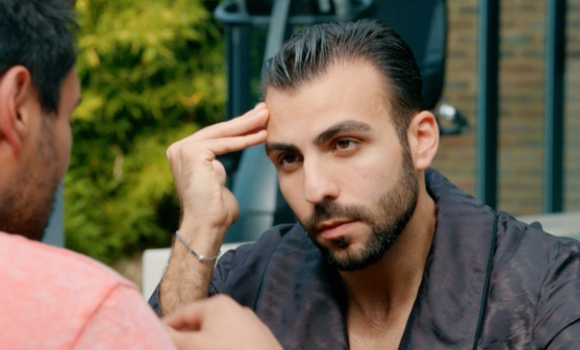 “I’m constantly travelling the world for my work. I’m always in Karachi in Pakistan. I’ve been there for seven years.

“That’s why I have such a big network of Asian friends. I understand the culture, and the food, and the dress-sense, and the music.

“My mother’s Turkish, from Istanbul. My mother’s Muslim, and so am I.”

Your relationship with Solomon? 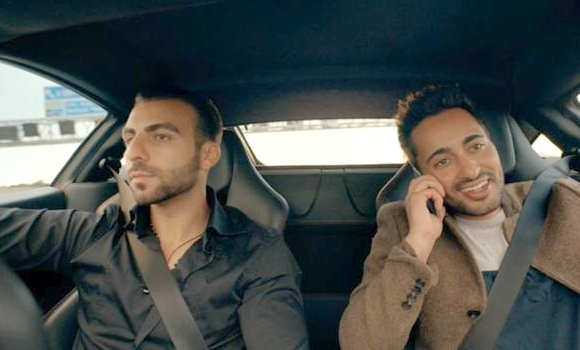 “He’s a lovely guy. I see him like a puppy. He is innocent, he’s sweet. He can mess up and do bad things, but it is never done with a malicious intent.

“If he ever pissed me off one day, filming, I could never get angry at him. He’s got quite a soft character.

“I was quite surprised when he stuck up for me, after that whole deal with Owais. I saw a different side to him. I was like ‘Woaah’!

“He’s funny. He’s like the Joey Essex of Desi Rascals. He says the stupidest remarks. Everyone goes ‘Huh?!’ and then laughs their heads off!

“Sol’s cool. I do like him a lot. I’m always excited to film with him.”

You versus Owais? Was that the real battle of the Alpha Males in Desi Rascals? 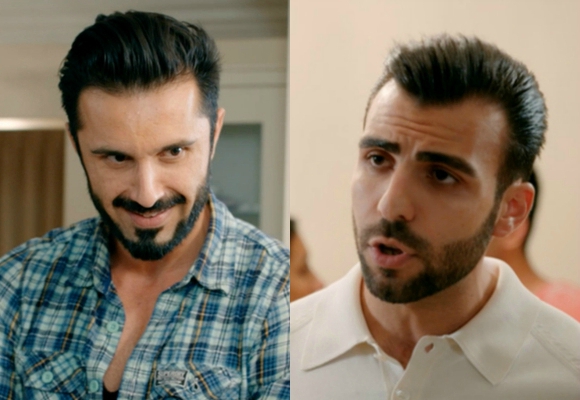 “Of course! 100 percent! I don’t think there was a lot of that on camera. There was just the one time in episode 3.

“Owais does not consider Solomon as competition. But Owais meeting me, it was completely different.

“What annoyed me, is that they were always the first ones to talk about me behind my back.

“I haven’t spoken about him once on camera behind his back.

“And the falling out over me. ‘Adam dropped Jason off’. Big deal! Jason’s a fully-grown man.

“After I took Kavita on the date, he made them jokes that he has to cut his legs off to fit in the Raari. It’s just jealousy for no reason. I just ignore it.

“As the series progressed, not much was said between Owais and I. So things calmed down.”

Can you explain your back story with Yasmin? 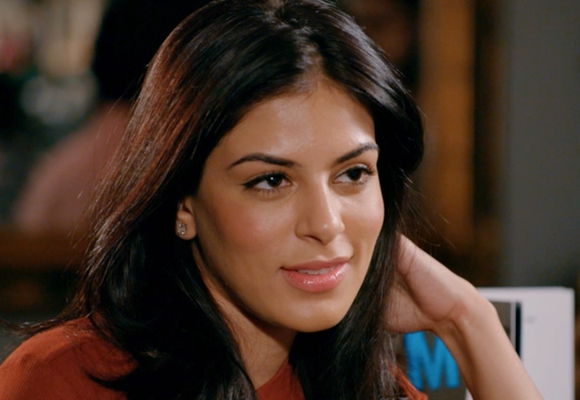 “We go back many years. She knew about me and knew what I went through. The engagement and the whole thing messing up.

“So when she said it to me, I was like: ‘Woah Yas, why are you even bringing that up?’

“For me, everybody knows I would prefer to marry a Pakistani woman, one day. Because my work is based there, we’ve got a house there.

“So Yasmin knows all of this. But we’re just friends. There’s always been chemistry between us.

“This is the first time I’m single, she’s single, and we’re spending so much time together. 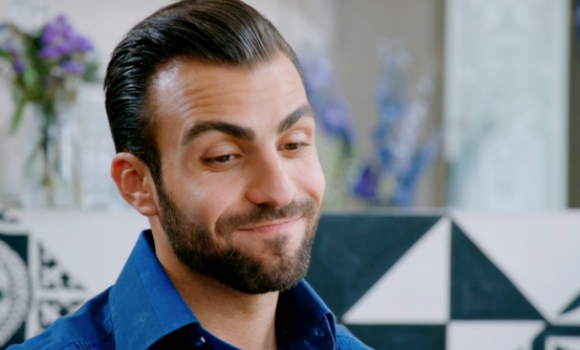 “So that’s why all these emotions have just flown up into the air.

“She works alongside with my sister sometimes, because she works in fashion photography.

“Because she’s spending more time with my sister, she’s at the house, so she’s with the family a lot.

“She just wants to just get married. And for me it’s just like woah! We’re not even dating.

“I’m not going to just give my life away and marry someone, just because they want to get married. No, I will do it when I am ready.”

What’s the best thing about driving a Ferrari? 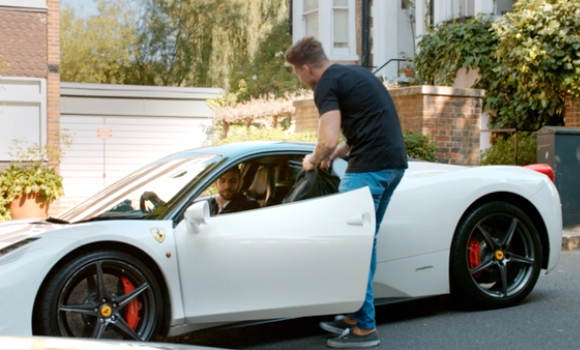 “Definitely not the hate you get when you’re in it!

“This is what I love. Some little kid will come along and be pointing at the car, saying to his dad: ‘Look, look, look.’

“The dad will stop and take a picture. And I’ll say: “Do you want to sit in it?”

“I’ll let him play with the keys. Let him start it. Let him rev it up. I wish someone did that with me when I was that age.”

Desi Rascals lovers will hope that we see our favourite West London Desis return for Series 3.