Faran Tahir to star in Supergirl as ‘The Commander’

Pakistani-American actor Faran Tahir is set to take on a pivotal role in US TV show Supergirl as ‘The Commander’. DESIblitz has the latest.

"The Commander has the potential to be a deliciously ruthless and mischievous character.”

Actor Faran Tahir is continuing to dominate Hollywood with a promising new role in the upcoming American TV show, Supergirl.

Based on the popular DC Comic character Supergirl, the new series will run on the CBS network. Faran plays an ‘alien military expert’ known as ‘The Commander’, who plays Supergirl’s archvillain.

Faran and the team are hopeful that the pilot will be well-received and be picked up by CBS. Speaking about the part, Faran said:

“Supergirl is a tremendously fun show. Hopefully, CBS will order a full season. The Commander has the potential to be a deliciously ruthless and mischievous character.” 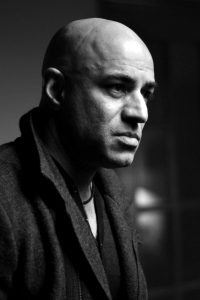 Faran has enjoyed some noteworthy roles in his acting career to date, having starred in the likes of Iron Man (2008) as terrorist Raza opposite Robert Downey Jr.; Starfleet Captain Richard Robau in Star Trek (2009); and President Patel in Elysium (2013).

He has also featured in numerous hit TV shows including The West Wing, Grey’s Anatomy, and Supernatural.

One of the few Pakistani-American actors to gain some kudos in Hollywood, Faran has also been keen to alter perceptions of both Pakistanis and Muslims in the West through the diverse roles that he plays.

With this mindset, he has been keen to stay away from certain roles that may stereotype him due to his ethnic background:

“I think it becomes our responsibility as people who move within these cultures and people who come in contact with these cultures … that we do stand up and have a conversation about it,” Faran admits in an interview with The Huffington Post.

Supergirl is not the only project on Faran’s list. He is also playing the main pilot in a film called Flight 42, which follows the story of a commercial airliner that travels back in time. The release date for the film is still to be announced.

“I play the lead – the pilot, Mr. Strong. An ordinary flight from Washington D.C. to London is hit by a freak lightning storm and somehow, going back in time, ends up flying over WWII Germany.”

“My job is to bring everyone back home safely. I really enjoyed doing this film and hope audiences enjoy watching the movie just as much.”

The actor also recently attended the world premiere of compelling documentary, Song Of Lahore in New York City as part of the 2015 Tribeca Film Festival.

Directed by Oscar winning Pakistani director, Sharmeen Obaid Chinoy, the documentary looks at Pakistan’s classical musicians and how they have adapted to the changing socio-political landscape of the country.

Following the premiere, Faran tweeted out: “Had the privilege of watching Sharmeen’s new documentary Song of Lahore. Amazing! So proud of her and humbled by her work.”

It is clear that Faran’s pivotal roles in Western TV and film will continue to encourage other Pakistani actors to be inspiring role-models in Hollywood. We look forward to seeing him in more Western projects in the future.