Faheem Vanoo and his family were involved in a direct collision with TV star Ant McPartlin who was drunk and driving. The crash left Mr Vanoo claiming “He was driving like a maniac” and could’ve killed them all.

"He was driving like a maniac — he could have wiped out my family."

Pure Indian Cooking restaurant owner Faheem Vanoo, his four-year-old daughter Amaira, his wife Shilpa Dandekar a top chef and two other colleagues were in their green mini when drunk TV star Ant McPartlin came round the corner and hit them in a collision resulting in a major car crash.

Ant McPartlin had his mother and two dogs in his car as drove in a drunken state causing the collision.

The crash took place on Sunday 18th March 2018, in Richmond, London, as everyone in Vanoo’s car were on their way to work at the restaurant in Fulham, South West London.

Recalling the incident in the Daily Mail, Faheem, aged 41, said:

“His Mini came flying around a sharp corner on the wrong side of the road trying to overtake a blue car.

“I hardly had time to react and turned in towards the kerb to avoid a head-on collision.

“I’m convinced that split-second turn of the wheel saved us all from being crippled or killed. I reckon he was doing 50 or 60mph.

“An instant before impact, Shilpa shouted ‘What the hell is this guy doing?’ then there was enormous bang which jolted us around the car.”

“He was driving like a maniac — he could have wiped out my family.”

“Fortunately I was only doing 20mph, we were all wearing seatbelts and my little girl was strapped into a child seat. But it was still a big impact.”

Shilpa Dandekar, aged 36, is a highly qualified chef. She trained at the famous Taj hotel group in India before she moved to the UK and was famous chef Raymond Blanc’s choice of head chef at London’s first Brasserie Blanc. 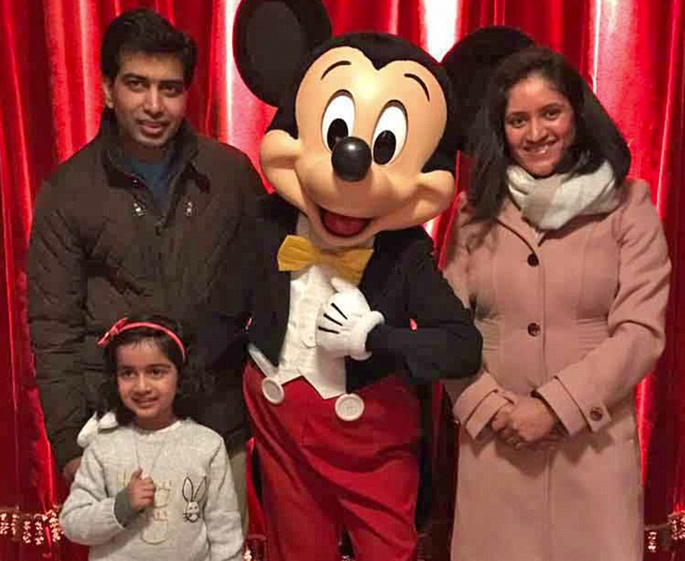 She attempted to confront Ant after the crash. She said:

“I was so angry with him I lost my cool and tried to run up to him and smash his face — I had to be held back.”

“I had been sitting in the back seat and didn’t realise it then but my face had hit a headrest and my lip was bleeding.

“After I calmed down someone asked him if he was ok but he never said a word to us and never apologised.

“His mum just said ‘we’re ok’ and started getting their dogs out of the car.

“The horn of his car was blaring and my little girl was crying in shock. It was a terrible, chaotic scene.

“It was a little while later before I realised it was Ant.” 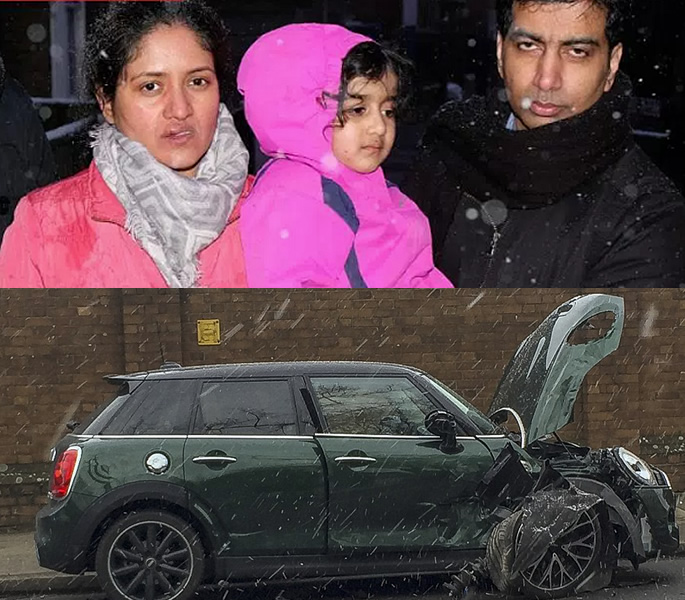 Angry with what took place Faheem said he did not care whether McPartlin was a famous tv star – “he could have put my daughter in a wheelchair,” he told the Daily Mirror.

The little girl Amaira was very shaken by the whole terrifying incident and was assessed in an ambulance at the scene.

In the car with the family was assistant chef Sufyan Raza, aged 34, and waitress Melania Valeri, aged 25. Both of them suffered bruising.

Witnesses recalled that McPartlin was ‘furious’ when he got out of his car and he was also seen shouting at his mother, Christine.

As he was arrested on suspicion of drink-driving and hand-cuffed, he became argumentative with police, who subsequently took him away in their patrol car.

Sufyan Raza recalled his argument with the police, saying:

“It took quite a few of them to get him into their police car and he was swearing at them and shouting, “don’t you know who I am?”

“His hands were cuffed in front of him and I saw him banging his fists on the windows.”

A witness who saw the crash take place told the Daily Mail:

“There were two cars travelling along Lower Richmond road – a green Mini Cooper and an X5 which was about much further back.

“A black Mini Cooper shot round the corner but instead of turning left went straight across the road and smashed into the green Mini.

“It was a bad crash but the black Mini Cooper still travelled on and crashed into the BMW behind which had done an emergency brake. There was a woman and her young son in there.”

The Saturday Night Takeaway presenter was taken to the police station and spent 10 hours in custody, after which he was released ‘under investigation’ by the Metropolitan Police.

Ant McPartlin who is dealing with the breakdown of his marriage suffers from an addiction to painkillers. He has recently been in rehab and now has gone back into treatment following this incident.

His publicist said: “Ant has decided to go back into treatment and step down from his current TV commitments.”

The crash left Mr Vanoo’s Mini with major driver and side damage and Ant’s car had its front nearside wheel mostly smashed full-on.

Faheem Vanoo is originally from Mumbai, India and he and his wife have an extensive experience in dining and restaurants.

He was previously the assistant manager the Taj Resort and Hotel in central London and manager at London’s Bombay Brasserie Indian restaurant before they opened their own restaurant in 2015.